These people deserve applause for their work at the SONA 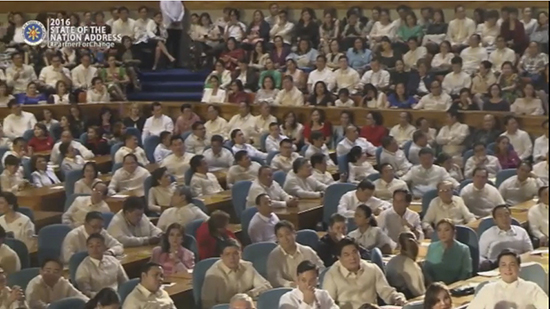 (SPOT.ph) President Rodrigo Duterte's first State of the Nation Address was like a theater production, which makes us wonder about the people behind the scenes who made it work. The assembly at Batasang Pambansa in Quezon City on Monday, July 25, would not have been successful if not for them. These guys should take a bow.

How many times did the president go off-script? “It’s the first time I’ve seen the president go off-script that many times,” said Sen. Juan Miguel Zubiri. Duterte would even say, "Wala na ito sa script" in variations. He often directed the prompter operator to just scroll up as he skipped paragraphs. At one point he even cracked a joke, "Tapos na 'yan, itaas mo na 'yan. 'Yong prompter natutulog na ata. Nagpipindot-pindot lang."

Presidential Communications Sec. Martin Andanar said on Sunday, July 24, that Duterte's speech would last 30-something minutes. Well, of course, it didn't and it extended to almost two hours as the president often went off-script to speak in Filipino or inject humor. It was a welcome surprise for the viewers who understood the speech better, but it sure made things harder for the transcriptionist. 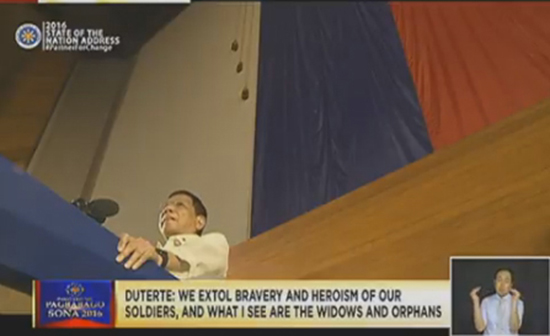 Cameraman From Down Below

Brillante Mendoza directed the whole show and comments on his camera angles broke the Internet. The most noticeable shot is the worm's eye view from Duterte's left side that made the president's podium look higher than it actually is. We wonder if the cameraman had to lie on the floor the whole time.

This person had the same dilemma as the transcriptionist! At least, unlike the stressful presidential debate in March 2016, Duterte didn't use curse words this time around. 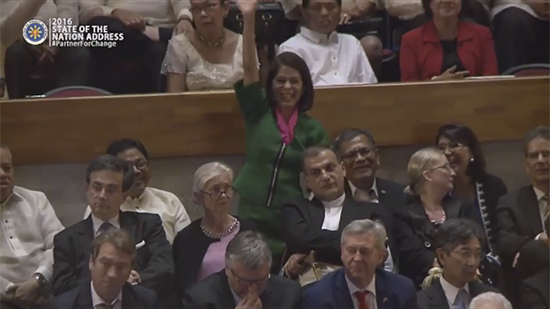 We're guessing the camera crew practiced their crowd shots from different perspectives. They were probably directed to zoom in on the personalities that Duterte would mention in his speech. Props for finding them immediately even when the president went off-script!

Screencaps from Inquirer.net and ABS-CBN News

Metro Manila News Sona Duterte
Your Guide to Thriving in This Strange New World
Staying
In? What to watch, what to eat, and where to shop from home
OR
Heading
Out? What you need to know to stay safe when heading out