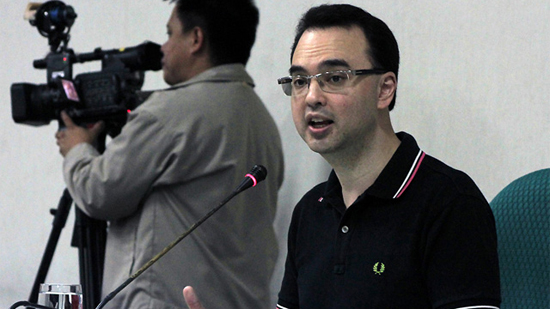 (SPOT.ph) Out of 24 senators, Sen. Alan Peter Cayetano was noticeably the only one absent during the opening of the 17th Congress which was followed by President Rodrigo Duterte’s first State of the Nation Address on Monday, July 25.

Cayetano skipped the first session, while Sen. Koko Pimentel, with the support of 20 senators, was chosen as the Senate’s new leader, ABS-CBN reported.

In a Facebook post, Cayetano, who was previously considered to be a strong candidate for senate president, said he was initially offered a deal in exchange for the position. “Two groups offered me a deal. Taking just one of the two offers would have made me Senate President,” he said.

But he turned down these offers so he could maintain his commitment to Duterte, who was his running mate during the May 2016 elections.

“Yet somehow I was never tempted to take the deal because on May 7, 2016 in Luneta, on our historic Miting de Avance, I made a commitment,” he said. “A commitment to help and protect our President. Our God given 'reset button,' who would initiate revolutionary change in our country and liberate us from illegal drugs, crime and corruption/incompetence/apathy in government!” he added.

Sen. Tito Sotto also revealed that Cayetano was against giving some of his colleagues certain committee positions—a move that supposedly cost him the Senate presidency.

Meanwhile, GMA News reports that Cayetano told Pimentel about his absence on Monday morning. Pimentel has reportedly said that he wants Cayetano to be the chairman of the Senate’s Foreign Relations committee.

Metro Manila News Cayetano Pimentel Sona Senate President
Your Guide to Thriving in This Strange New World
Staying
In? What to watch, what to eat, and where to shop from home
OR
Heading
Out? What you need to know to stay safe when heading out