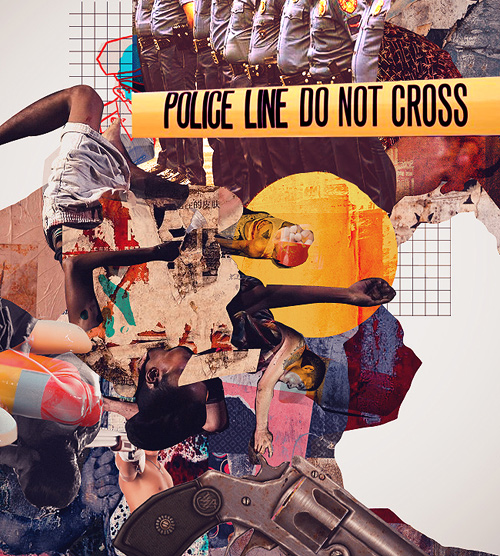 (SPOT.ph) Journalism is the first draft of history, it has been said, and never has it so much resembled a scribbled outline than these days when the news cycle demands that it be reported on as it happens. What’s supposed to come next is analysis, but while this used to wait until the weekend papers, it is now produced within minutes. If there is nothing to fill the void then a second batch of analysts argue with the first, and then a day later someone does an analysis of the analyses, and on and on, until someone eventually brings in a comparison to Hitler and the Third Reich and the conversation goes downhill.

It feels increasingly that I’m the lone voice crying in the wilderness. Although Rodrigo Duterte won the election without a majority, his popularity was recently polled at a high of 92%, with only a fractional percent who are openly distrustful of him. The main reservation that people had about him, and which continued to plague him up to the day before the State of the Nation Address, were the extrajudicial killings of people purportedly tied to the drug trade (since there’s still no such thing as a judicial killing in this country let us simply call them murders). There was a growing unease about how safe we were—especially when they began hitting closer to home, to people we knew, in places we were familiar with. The objections have died down, even if the murders have not.

The president’s first SONA is an opportunity to heal the fractures of an election, as well as to set the tone for the presidency. In this, Mr. Duterte’s address succeeded mightily. The rolled-up sleeves depicted a man ready to get to work, the Citizen Kane-inspired shots of the president’s nails and recesses of his nostrils projected power, and going off-script into a typical Dutertian ramble was utterly convincing in the portrayal of a man who was not interested in protocol and doggedly trudging through a thicket of bureaucracy and minutiae. He managed not to insult or offend too many people, kept up a light patter of jokes, and stayed relatively on-topic. For this viewer at least, this was just about the most entertaining SONA ever.

Mr. Duterte is not short on charisma or the ability to make people trust him. This is good, in that he has secured a mandate to do just about anything; it is also dangerous, in that he has secured a mandate to do just about anything. As with the televised phone call during which he offered the opposition’s vice-president a cabinet position, he challenged Congress to grant him emergency powers with a country watching—making it that much more difficult for them to say no. For the many of us for whom things that ought to be fairly simple have become exasperating and life-draining, like renewing a driver’s license or queueing for MRT tickets, this and many other announcements at the SONA are very welcome. I have nothing but praise and support for, among other things: lower income tax for business and individuals, implementing the reproductive health law (passed under the previous administration), getting railways up and running, and of course the prospect of peace that begins with the first step of a ceasefire with the New People’s Army. During the interregnum between his inauguration and first SONA, his administration has shown a predilection for practical and common-sense solutions, and for solving problems rather than explaining them.

So there is much to like. The issue of extrajudicial killings was carefully skirted, although he came dangerously close to a flyby when he addressed the issue of drugs, as part of his speech in the first few minutes as well as extemporaneously towards the end; and also when he reiterated his support for the PNP and local government. There are so many good things on the horizon to look forward to, that it seems recalcitrant and peevish to fixate on the minor detail of people being gunned down on the street. And we have been given many reasons (or excuses) on why we can choose to look the other way.

There’s no doubt that there’s an entire world that we don’t understand, and that as middle-class people we’ll never know how things go down in dirt-poor slums of Manila, Cebu, or Davao. We have been, and will be told: You don’t understand. Go back to your ivory towers, and read your academic papers about development and cacique democracy and imagined communities. Why don’t you leave the actual policing to the police, to people who’ve been living in this world, and trust that they know what they’re doing? Do you think you know how the drug world works because you attended a rave or two in the late 90s, wink-wink, or watched Breaking Bad or The Wire? Go back to your keyboards, write your fatuous poetry about the victims, indulge in a bit of poverty porn with pictures of the victims, compile your little “kill” lists, chant that every name matters, go on Facebook and be outraged, wring your hands all you like but don’t get in our way. Do you think this is The West Wing? Have you lost your son to a crazed shabu addict who killed him for P200 in his wallet? Then shut up and let us do our job and clean this country up for you. You’ll thank us later. Or maybe when the country finally is rid of drugs and corruption you won’t even know who did your dirty work for you.

To them we’re as squeamish and silly as the loony animal rights activists who invade labs to free the mice, or the environmentalist who’ll drink Zesto in a cup because she can hear the trees telling her that Mother Gaia is in pain. To be tolerated but not to be listened to, because enough of that drama; we actually have a job to do, a real one. And to this we must say: no, we will not shut up, we will not be sidelined, we will not be patronized. Human rights isn’t some sissy liberal indulgence that gets in the way of what real men do. Journalists and activists aren’t hiding behind the robes of the Church and international watchdogs because they’re cowards, but because these groups speak up for them. You might have the ground-level knowledge, you might have the intelligence reports, you might see how all the criminal elements connect, but you have lost the bigger picture. You have lost your basic morality. You have lost your faith in humanity and in redemption.

I don’t have any great insight, any scintillating sociological theory to apply. With the same conviction that Mr. Duterte says don’t do drugs, I say, don’t kill people. I will not accept the “silver lining” of shorter waiting times for permits or a spangly new airport at Sangley Point while allowing my government to condone what is immoral, unaccountable, and—let us not mince words—unconstitutional. Progress and development are measured as much by clean streets and fast trains as they are by a working criminal justice system.

But we must not be naïve. Mr. Duterte is immensely popular, has the support of both houses, and of much of the populace. And the public acceptance of the murders is growing: what’s one or two a day? More people die from faulty brakes every day. This debate will be reframed as a class war, or a war between town and city, or middle-class values and street knowledge. And the danger is that we will gradually come to accept this as the status quo, because the President knows a thing or two that we don’t and what can we do about it anyway?

Again, it’s simpler than that. If you believe that citizens should not be killed by random gunmen without a trial, often by the very people who are supposed to be protecting them, then you have both right and responsibility to say that this is wrong. This is not the way to go. This is not who we are. This is not the country we want to be.

Duterte Sona Extrajudicial Killings Politics News
Your Guide to Thriving in This Strange New World
Staying
In? What to watch, what to eat, and where to shop from home
OR
Heading
Out? What you need to know to stay safe when heading out