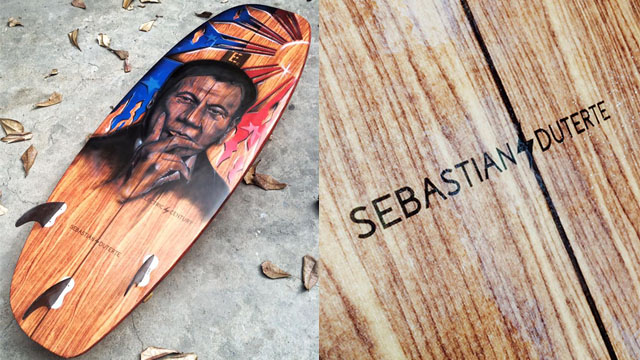 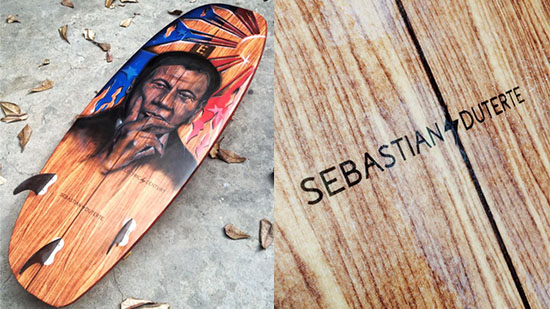 (SPOT.ph) President Rodrigo Duterte's youngest son Sebastian (a.k.a. Baste) is often described as a no-frills kind of guy who loves to surf. "Gising ako, trabaho. I check the junk shop. Aalis minsan. Minsan wala akong ginagawa. Surf lang talaga. I spend most of my time sa dagat," shared Baste in an interview with GMA News in May 2016. Mindanao, after all, is riddled with a number of surf spots, from Cloud 9 in Siargao to Mati in Davao Oriental. He's often seen sporting locally made shirts by Reefside Clothing, a Davao-based boardriding lifestyle brand by Aldrin "Upaw" Jimenez. In a way, the presidential son is showing everyone what Mindanaoan creativity is all about through his surfing apparel. 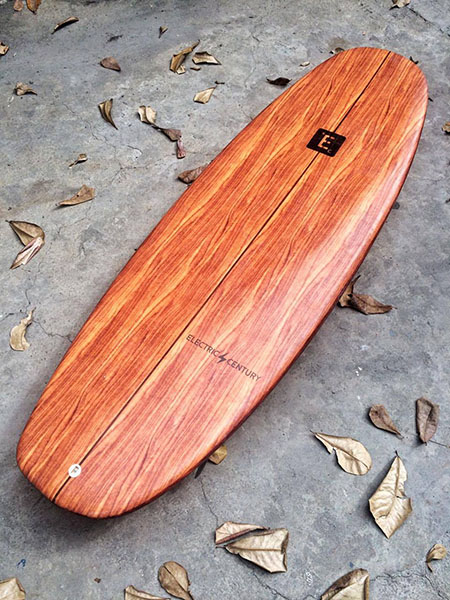 Baste's newest surf gear is a board made by Jay-ar Domantay (a.k.a. Jay Love), a boardshaper from Muntinlupa City with roots in Naga, Camarines Sur. He specializes in making wooden surfboards, a rare art which only a few shapers in the Philippines can do. Starting out with the craft in 2008, Domantay's technique has now evolved into timbertech decking, which combines the use of foam and wood in surfboards. He calls his new production line "Electric Century" as a tribute to the pioneers of foam surfboards. 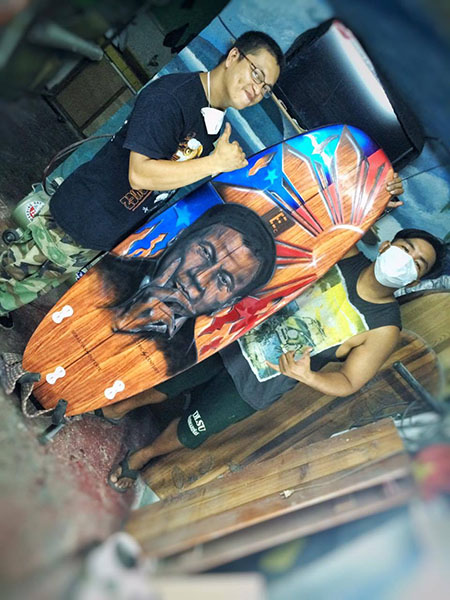 In an exclusive interview with SPOT.ph, Domantay shares that he wants to do something that will show his support for the new president of the Philippines and express his love for the country. What better way to do it than doing what he does best, by making a surfboard! Domantay got in touch with Baste a few months prior to the elections with the help of Jimenez, and he offered Baste a free customized board. After a month of painstakingly putting together what he now calls the "Presidential Surfboard," Domantay finally finished Baste's board, a right-footer (5'7 x 21 7/8 x 2.25) made of foam core and a wooden top. It also features airbrush art by John Eric Sta. Maria II.

Domantay brought the surfboard with him in his 12-day surf trip all over Mindanao in July, hoping to personally hand it to Baste when he lands in Davao. Due to a conflict in schedule, the brand new board had to be routed through Jimenez, who immediately told Domantay about Baste's shocked reaction upon seeing the airbrush art. Baste was so amazed with the art that he hesitated to use the board, afraid that the barreling waves would just put a dent in the work of art.

Pretty soon, Baste will be shredding Mati's waves with a surfboard that's proudly local. Such scenario would be a testament of both the Filipinos' talent and the Philippine sea's natural wonders.