De Lima delivers Privilege Speech, calls for stop on summary executions
Loading
Already a member? Log in
No account yet? Create Account
Spot.ph is your one-stop urban lifestyle guide to the best of Manila. 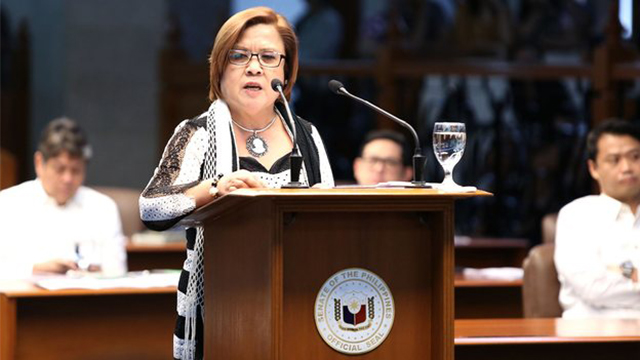 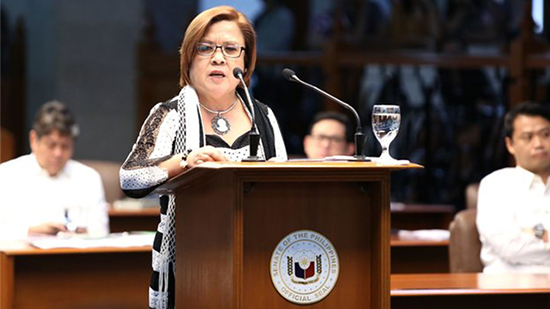 (SPOT.ph) Sen. Leila de Lima on Tuesday, August 2, took to the senate floor her call to stop the extrajudicial killings amid President Rodrigo Duterte's war against drugs. It's not the first time that the former Commission on Human Rights chair criticized the former Davao City mayor's practices and public statements as "The Punisher." They're the nation's biggest frenemies especially after that controversial handshake right before the president's first State of the Nation Address.

In her first privilege speech which ran for almost 40 minutes, de Lima pointed out that she has been "vilified and attacked" and accused of being a "drug lord coddler and protector." To this she said, "My first defense is common sense." She cited her “untarnished record” and reputation as a public servant, her implied pioneering work on war against drugs at the National Bilibid Prison in 2014, and her supposed "selfless dedication" as a human rights advocate.

After her defense, she enumerated various cases deemed to be summary executions carried out by vigilantes. And what was her shout-out? "Tama na po ang mga MEME. Tama na po ang Cardboard. Mas malalim po ang katotohanan." She also emphasized a new catchphrase in this growing culture of violence: "Do-it-yourself justice," in which all you need is an acrylic marker, a piece of cardboard, packing tape, and something to stab or shoot the victim with. Just add hot water, like an instant mix.

It’s pretty much a convincing speech. We just hope it was not plagiarized. (Hi, Tito Sotto.)