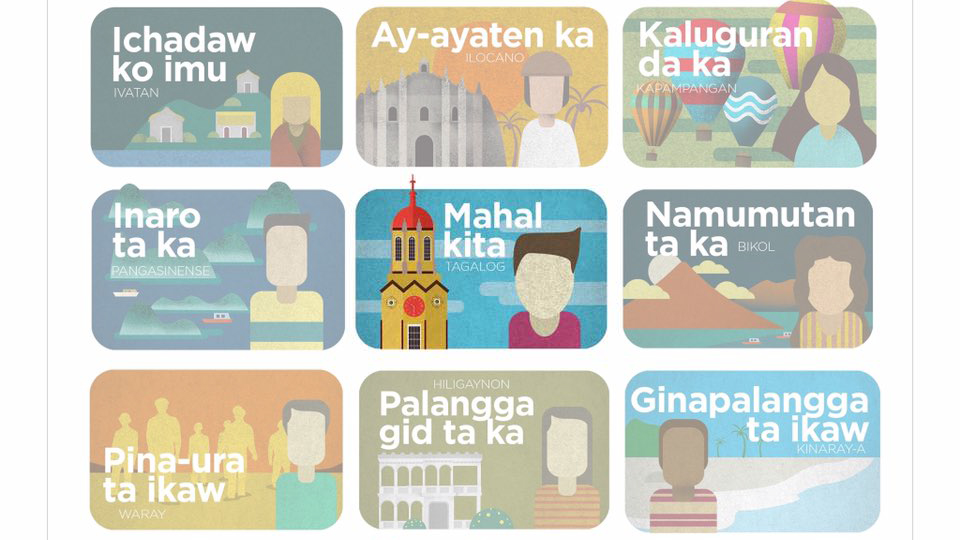 Say it to your crush: "Ta amayo contigo"

Plus, more ways to say "I love you" in Filipino. 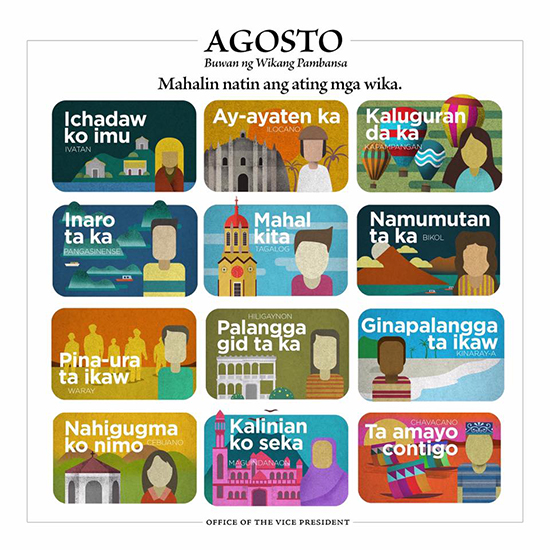 It was in 1997, through former President Fidel V. Ramos, that August was declared as the National Language Month. It coincides with the birth month of the Father of the Philippine National Language, former President Manuel L. Quezon. Though the national language is largely based on Tagalog (as implemented by the Commonwealth government in 1937), it doesn't mean that Ivatan, Ilocano, and other Philippine languages shouldn't be enriched, promoted, and celebrated. In fact, the Komisyon sa Wikang Filipino started a project called Atlas Filipinas, which aims to plot out all languages in the country using the Geographic Information System, in 2014.