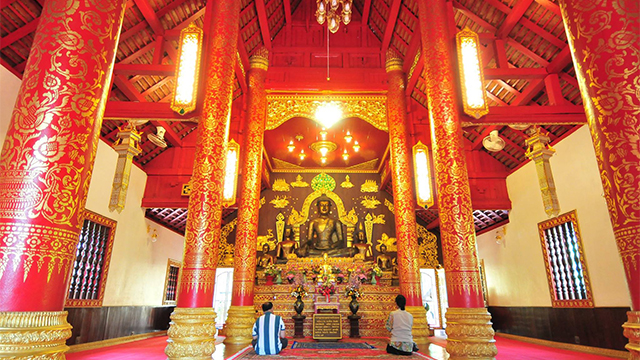 10 Reasons Thailand Should Be on Your Travel Radar 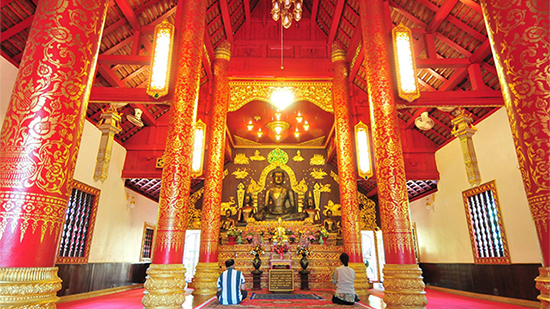 (SPOT.ph) Thailand’s probably already on your checklist of places to visit, along with several other Southeast Asian countries that you’ve jotted down as possible spots to explore with your BFFs. If it isn’t yet or if you need a little more convincing, here are a few reasons that just might win you over. 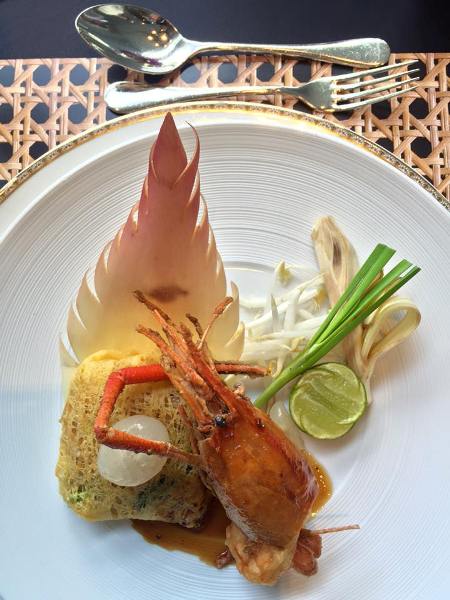 There’s more to their food than just pad thai.

Before you visit any country, one of the first things you Google is their food. You wouldn't want to have to settle for McDonald's in a foreign land, right?

Remember that episode in How I Met Your Mother when Robin spouts out names of delicious Thai dishes disguised as random three-syllable words and gets Lily to break Marshall’s “No food in the Fiero” rule? That's how good Thai food is! You're probably thinking: “There are already a lot of Thai restaurants in the Philippines, though.” Sure, but nothing beats getting to try a dish in its natural setting! 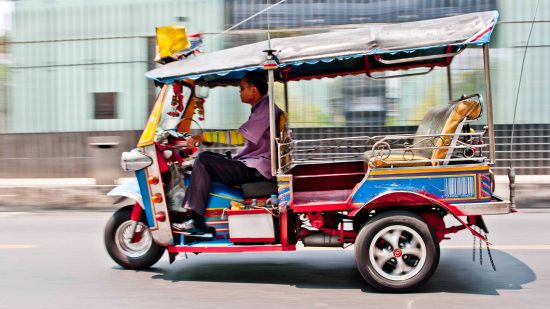 The tuktuk is a favorite among tourists visiting Thailand for the first time. Taxis are definitely available, but where’s the fun in that? You travel to a foreign land to experience their culture after all.

A tuktuk is like a jeepney and tricyle hybrid. It has an elongated frame that balances on three wheels. They’re faster than cabs because they are smaller in size but with more leg room than our tricycles. Pro tip: Take a tuktuk only for short trips as the open air might not be too inviting during traffic hours. 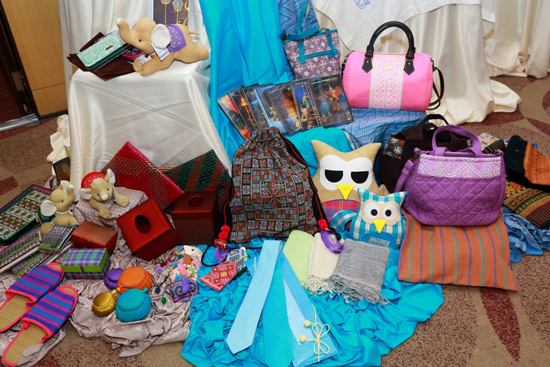 The reason that Filipinos love to go to Divisoria and Greenhills despite the crowd is the thrill of scoring great finds for a steal. Imagine if it wasn't just a whole mall that was on sale, but a whole city. 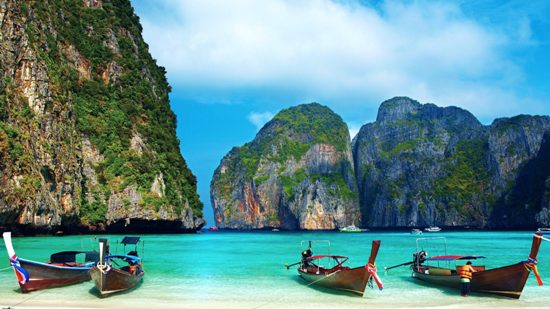 Their beaches are pristine.

Some of the best beaches in Thailand include Trang, where the water is crystal clear, Ko Lanta for those who can’t get enough of elephants, or KoPha Ngan where you can experience the famous Full Moon party.

It’s similar to the Philippines but different at the same time.

One of the perks of traveling to a country that’s close to home is that getting homesick would be a lot harder if everything is so familiar. With the Philippines and Thailand being so close together, their cultures have interacted and influenced one another, so a lot of things won’t feel so foreign and unknown. 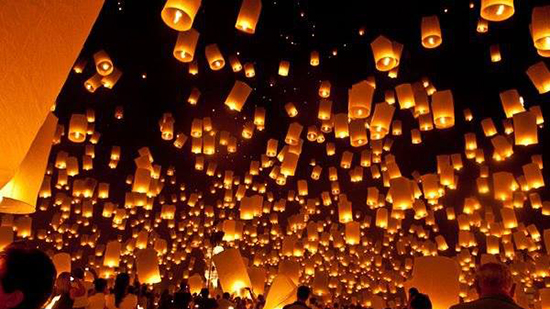 You can take part in fun festivals.

You’ve probably seen the pictures of your friends who've been lucky enough to visit Thailand. Every photo captures the fun they had with other tourists and locals at what seems to be the nth festival. That’s because festivals are regular occurrences in Thailand, so there's always one that you can take part in, like the Songkran Festival which is Thailand’s New Year Festival. There's also the Full Moon Festival Loi Krathong, a festival dedicated to the goddess of water where people release lotus-shaped rafts decorated with flowers or candles into rivers and lakes. 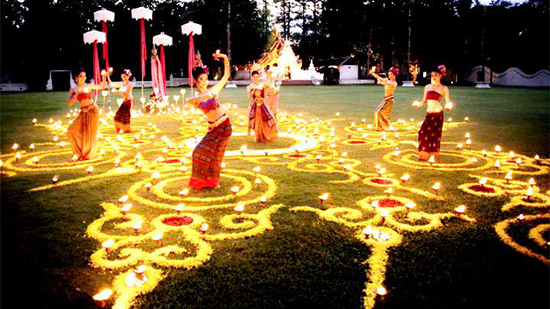 They’re a lot like Filipinos in terms of hospitality. There’s no need to feel shy about asking for directions or haggling. 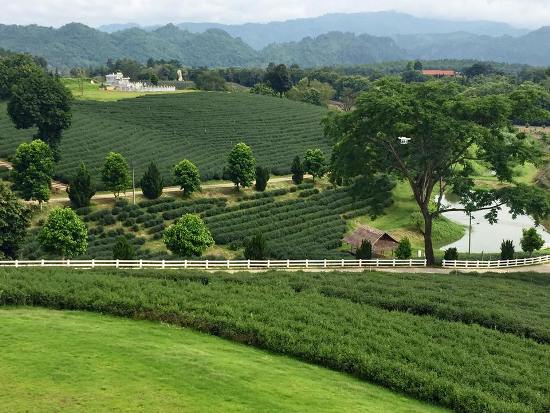 Thailand’s remote provinces are worth exploring.

Chiang Rai, the northernmost province of Thailand, is not only known for its vast tea plantations but also for its rich culture and heritage. The small city was founded in 1262 as part of the Lao-Thai Lanna Kingdom but it didn't become a Siamese territory until 1786 and a province until 1910. The small city is a good jump-off point for trips to the more remote corners of Thailand, after you've checked out interesting sights such as the Wat Phra Singh, the oldest surviving building done in typical northern Thai style; the seven-spired chedi in Wat Jet Yot; and Wat Phra That Doi Chom Thong, a hilltop compound from where King Mengrai—Chiang Rai's founder—first surveyed the site for the city.

You can visit any time of the year.

If you can only visit in April, there’s the Songkran Festival to look forward to; November has the Full Moon Festival Loi Krathong; and you can take advantage of the Grand Annual Sale all over Thailand in June and August! 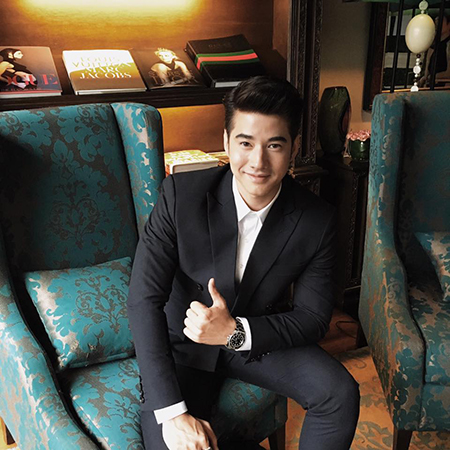 Because Mario Maurer wants you there.