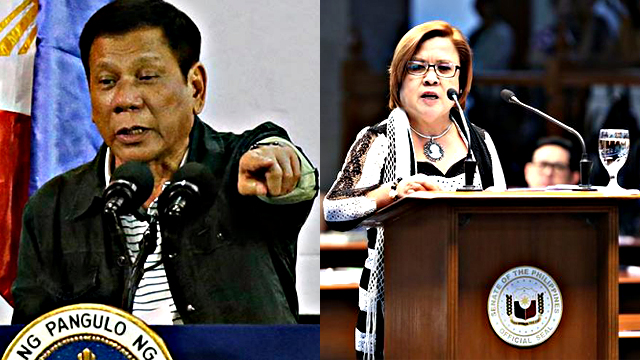 The senator says the accusation is "foul." 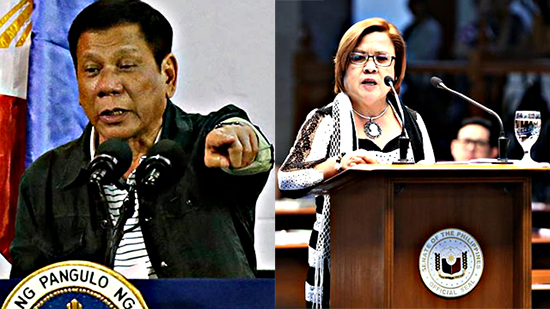 (SPOT.ph) President Rodrigo Duterte revealed at Camp Crame on Wednesday, August 17 that a female senator has direct links to illegal drug traders and convicted drug lords at the New Bilibid Prison, through a personal driver who was also supposedly her former lover.

"And here is a senator complaining. One day I will tell you that her driver himself, who was her lover, was the one also collecting money for her during the campaign," the president said in his speech before police officers and personnel during the 115th Police Service Anniversary. “An immoral woman, insofar as the driver’s wife is concerned, it’s adultery...Here’s a woman who funded a house of a lover and yet we don’t see any complaint about it,” the president, who was previously criticized for being a womanizer, added. The president didn't drop any names at first, but confirmed in a press conference on the same day at the Ninoy Aquino International Airport Terminal 3 in Pasay City that he was referring to Sen. Leila de Lima.

The former Commission on Human Rights chair and justice secretary has repeatedly criticized Duterte's public statements about extrajudicial killings and called for investigations on the issue. “She blurted out that ‘I will prove to you in this investigation that Duterte is connected with Davao Death Squad. He is the head’...Until now, I’m waiting for that,” the president told reporters.

"Ang first reaction ko lang, ayaw ko nang patulan 'yan. I don't want to dignify that. It's so foul. It's character assassination...To me, that's very foul," De Lima told reporters at the Senate on Wednesday afternoon. On Thursday morning, August 18, she called for a press conference and delivered a statement regarding the issue. Teary-eyed, she started: "Words cannot express what I'm feeling right now. I guess no one can because no one has ever been attacked in such a manner by no less than the highest official of the land until now." She surmised that it could be the president's delaying tactic or strategy to put a stop to investigations regarding drug-related killings.

Despite the threats and personal attacks on her, the senator remains firm on her stand, because she says that to do otherwise would not be befitting of a public servant. "Para ko na ring tinalikuran ang aking pagkatao at itinatatwa ang mga sarili kong paninindigan at paniniwala," she said if she chooses to retract. "Makakaasa po kayo na magiging patas at makatwiran ang aming gagawing imbestigasyon sa mga nagaganap na pagpatay sa inyong giyera laban sa droga...tama na po ang pananakot, at panghihiya," she challenged the national leader.