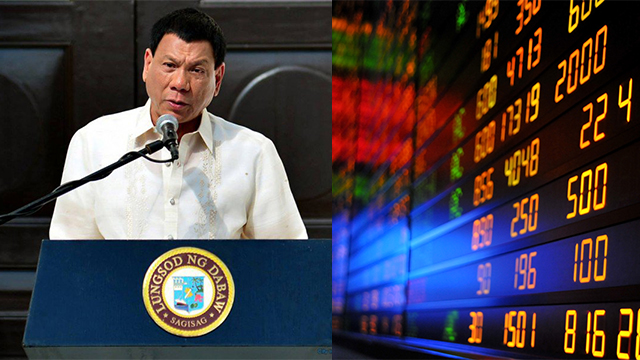 Duterte gets high marks from businessmen for possible economic boom

We just have to keep growing. 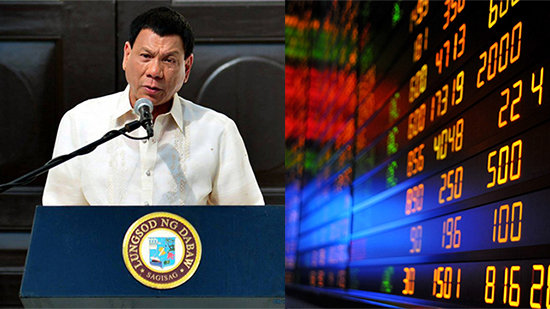 (SPOT.ph) President Rodrigo Duterte may be gaining the ire of many for his bloody war against drug dealers and users, remarks against United Nations officials, journalists, and women, and questionable appointments, but he is getting high marks from the business community. "We are in a very good spot," Antonio Moncupa Jr., president and CEO of East-West Banking Corp, told GMA News on Tuesday, August 22. "The pronouncement of government prioritizing infrastructure spending, accelerating it and cutting red tape, solving peace and order, I think all point to very good prospects ahead," he explained.

BPI Securities chief executive Michaelangelo Oyson backed this up with a research commentary titled "Reboot Philippines 3.0," which he presented to foreign investors. “The first (reboot) 1.0 was about bringing back democracy and putting order (Cory Aquino and Fidel Ramos); 2.0 is fiscal reform (Gloria Macapagal-Arroyo and Benigno Aquino) and 3.0 is institutional reform,” its thesis said. The local stock barometer can even hit the 9,000 mark in 2017 if the corporate earnings continue.

On August 18, Fortune cited the Philippines as "Asia's Fastest-Growing Economy" after the government announced the 7% expansion as measured by the gross domestic product in April to June, the tail end of former President Benigno Aquino III's term. The pace was the country’s quickest in three years.

It is possible that Duterte is setting up the country for a big economic surge. But GMA News also mentions the similarity of this scenario to that of a previous "strongman leader." When Ferdinand Marcos took over the Philippines as president, the country had one of the highest per capita incomes in Asia in the 1960s. Two decades of dictatorship later, he left the country in shambles.

Will history repeat itself?