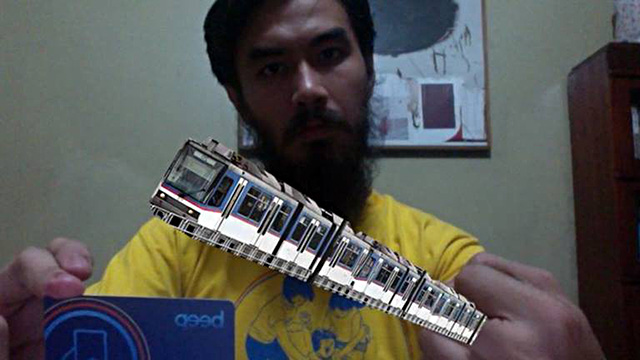 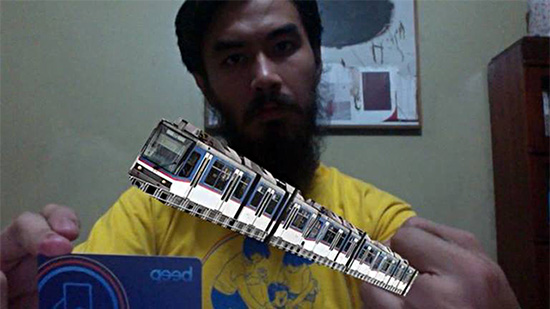 He supposedly wrote the words “MRT BULOK” on the worn-down door panel of a train with bus number 019-C using a permanent marker and was reportedly seen by guard on duty Roseilyn Gambrajo. Suarez denied the accusation and explained that he just saw the writing but did not write it himself. He also pointed out that he has been observing similar vandalism in other MRT trains.

According to Facebook updates by his partner Donna Miranda, their friend Katrina Stuart Santiago, and Bagong Alyansang Makabayan Sec. Gen. Renato Reyes, Jr., Suarez was detained on August 23, 10 p.m. at the MRT Quezon Avenue station for the alleged case and was told to wait for the supervisor, but no one came. An inquest with MRT General Manager Roman R. Buenafe at the prosecutor's office in the Quezon City Hall of Justice the following morning never pushed through because Buenafe didn't show up. He was supposed to be released in the afternoon of August 24, but the release order never came. This led to another night spent in jail, the eve of Suarez' birthday.

Suarez was finally freed on August 25, 9:30 a.m. and was greeted by activists with a "happy birthday" song.

Fellow artists and militant groups cried “illegal arrest and harassment.” Supporters took to social media to show support for Suarez and posted their MRT “horror stories” with the hashtag #MRTBulok.

Angelo Suarez arrest reminds me of the tale The Monkey and the Turtle. Turtle now laughing that monkey brought public attention to #MRTBulok

REMEMBER THIS? No one was arrested, detained and charged in court over this #MRTbulok incident in 2014: pic.twitter.com/EXJsNU13SP