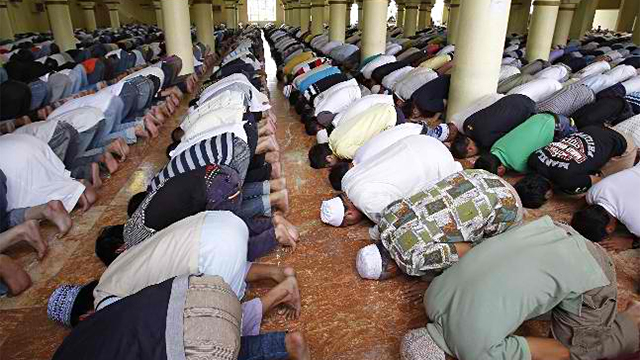 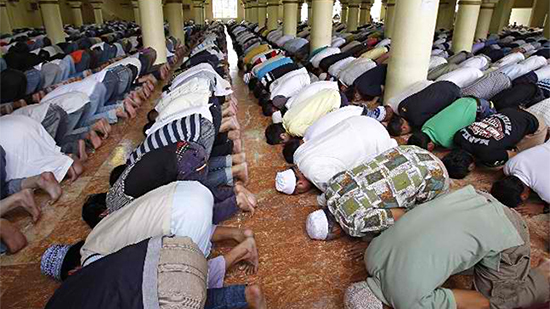 (SPOT.ph) Before leaving the country for the Association of Southeast Asian Nations Summit in Laos, President Rodrigo Duterte signed on September 5, Monday, Proclamation No. 56, which declares Monday, September 12, 2016 a regular holiday throughout the country. This is in observance of Eid'l Adha (Feast of Sacrifice). 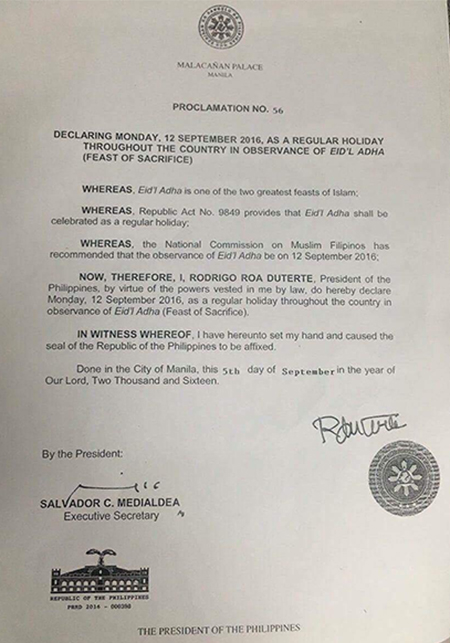 Islam is the second largest religion in the country. On September 12, they will be celebrating Eid'l Adha, one of the two greatest feasts of Islam, the other being Eid al-Fitr, which is the end of Ramadan. Eid'l Adha (a.k.a. Greater Eid) commemorates and honors the willingness of Abraham to sacrifice his son's life to Allah.

Muslims follow the lunar calendar, which is not as fixed as the solar calendar. For this reason, dates are determined and made official by the National Commission on Muslim Filipinos. They have designated focal persons for the moon sighting in Maguindanao, Lanao del Sur, Basilan, Sulu, and Tawi-Tawi, and are in coordination with associates in neighboring Muslim countries such as Malaysia, Indonesia, Brunei, Thailand, and Singapore.