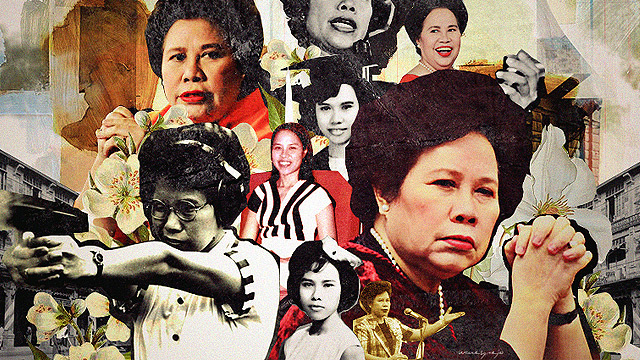 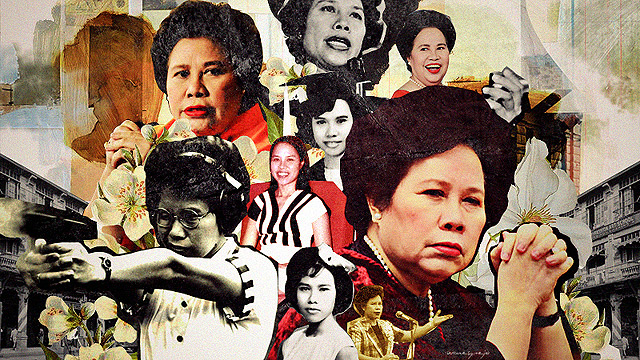 (SPOT.ph) One of my early assignments as a writer for the Philippines Free Press was to interview two presidential candidates for the 1998 polls. The first was Emilio Osmeña. The second was Miriam Defensor Santiago. Both were maverick candidates. Osmeña was crusading against “Imperial Manila,” while Santiago was fighting against what my publisher at the time, Teodoro L. Locsin Jr., branded as the administration “party of thieves” on one hand, and the know-nothing populism of Joseph Estrada on the other.

While Osmeña’s candidacy was somewhat interesting, conceptually, Santiago’s was riveting, personally. The former exhibited all the limitations of the professional politician: cold, calculating, and at times, condescending; the latter was not just good copy, she was a witty conversationalist; she was one of the most charming individuals I have ever met.

She was welcoming, of course: in her own home and not some bland hotel. She had that ability to set a younger person at ease by expressing genuine interest in you, that I have only seen in one other person in our public life, Imelda Marcos.

She gestured to her garden. “I think we will be more comfortable there,” she said, and proceeded to open one of those flimsy aluminum doors that barred the way to the sunny paradise we were headed. At which point the entire door came off its hinges.

She stood there, holding the door in both hands, framed by the aluminum latticework.

She beamed. You could almost visualize her thought bubble: Tee-hee.

You know that toothy grin. But you can’t possibly imagine her supreme aplomb.

“I see we might be better off staying here in the living room, don’t you think?” She positively cooed.

She and I struggled with the door, until someone came to our rescue and we proceeded to chit-chat on her couch. I faithfully recorded our conversation and wrote it up, but what stuck in my mind was that supreme moment of self-assurance, tempered by humor. And a whole lot of charm.

The problem with many politicians and even officials is of course that they tend to take themselves too seriously. So there has to be a special place in Heaven (that otherwise probably unreachable place for people in high office) for those who can laugh not only with you, but at themselves.

But we do not remember Miriam for her charm, though to the end she had that rare gift; in the final 2016 presidential debate Rodrigo Duterte was a kitten in her hands, and she gave her fellow Ilonggo Mar Roxas a parting bouquet by way of an exchange on the meaning of excellence.

We remember Miriam for breathing fire; for taking on the otherwise untouchable among her peers, for her ability to heap abuse and make a scene.

If content is king, her being the queen of sound bites meant she was the durable sovereign of every media domain she surveyed, whether it be headlines, TV news crawlers and sound clips on radio, to books of quotes and jokes and more of the same on social media. She had a quip for all seasons: “I eat death threats for breakfast;” “fungus-face!;” “I lied;” “He looks like a female llama who has just been surprised in her bath.” Pick your favorite pet peeve, and you could usually rely on there being a suitable dose of Miriam-brand-poison you could administer with glee. So wide-ranging were here interests, so expansive was her vocabulary, that really, there was something to enjoy about Miriam for everyone.

We reserve a special place in our hearts—and our ballots—for the perennial contrarian. This is what she essentially became, after the presidency was permanently no longer hers to achieve. A torrent of draft bills became her manic response to the tedium of legislation (of which she had her fair share of sensible enacted laws). But it was during committee hearings, plenary sessions, and impeachments that she gave every bit of the bang the taxpayer’s buck deserved.

She became something larger than life: the National Id, the one who dared to say what so many thought; the unfiltered vessel of the insecurities, the biases, the longings and schadenfreude of the class she represented—the educated but impotent, because marooned in a sea of lumpenproletariat humanity—outraged at the brazen face of grand larceny, bumbling incompetence, and sheer stupidity in official circles. Her devotees were too few to matter in the overall electoral calculus of those officials but plentiful enough to elect her to the senate—not least because she fulfilled a role that crossed over to the very same broad national constituency she and her supporters often scorned (only tax payers should vote, she once said; it will outlive her as a mantra for her admirers).

It is said that when it comes to the senate, the Filipino voter, mistrustful of parties, comfortable with archetypes, mixes and matches votes to accomplish several things at once: a vote for a boring but undoubtedly competent legislator here, a sentimental vote for a matinee idol there, a vote for one’s pet advocacy (killing criminals, mounting coups, womanhood, education, health), but always reserves a vote for bringers of chaos, which comes in the form of a prankster, the Court Jester who will gleefully point out the Emperor has no clothes, or a hurler of fire and brimstone who will call down Divine Vengeance on the proud, the stupid, or both. Miriam, for all her intellect, was a combination of the latter two: puncturing the pretensions of her colleagues and officialdom alike; hurling abuse on those caught abusing the public coffers or the intelligence of the television audience.

Being on the wrong side of history on the whole was no obstacle to popularity. She had been a columnist in the Romualdez-owned Daily Express; served under Kokoy Romualdez in the Philippine Embassy in Washington; wrote speeches for the Great Dictator and was appointed by him to the bench, where she famously ordered the release of Lino Brocka, Behn Cervantes, and others for taking part in a demonstration. She transitioned to the post-EDSA government and fired up the public imagination as Immigration Commissioner, only to be dismissed from the cabinet in the wake of the 1989 coup attempt, yet she became the frontrunner in the 1992 campaign. She lost, yet was elected to the senate in 1995; lost the race for the presidency again to Estrada yet supported President Estrada during his impeachment, and even took to the stage to fire-up rallyists at “Edsa Tres,” only to lose in the May 2001 senatorial elections. But then made a comeback in May 2004, and was reelected in 2010. In 2016, her life came full circle as she mounted a forlorn bid for the presidency, which provided a party and a platform for Ferdinand Marcos Jr. as her running mate.

A checkered career yet one securely anchored in having secured a role for herself in the public imagination regardless of her politics. It was a role that consumed her.

She had, at the height of her popularity, rather wistfully said part of her wondered if she wouldn’t be happier setting aside the storm and stress of public life for one lived in academe. Everyone agreed she had the mind for it; her published academic work suggests she had the mental and personal discipline for it; she may even have wrestled, as so many intelligent people in government before her have wrestled, with the dilemma of the prudence, sobriety, responsibility and reflection serious thinking or the public good requires on one hand, and the never-ending one-upmanship, showmanship, and freewheeling, even freebooting, irresponsibility that is too often the price for securing elected office.

The former gains you the respect of a small circle of peers; the latter earns you the devotion and affection of the crowd. In the end, rarely can you have both. So we are, where we are. She immortalized this dilemma herself in the title of the last book published under her name: Stupid is Forever. The Miriam of the law books, the one who merited the votes of many nations to become an international judge, might as well have never existed at all.

Now she is gone. Her supporters, loyal to the last, were moving in their grief. I do not think her passing left anyone unmoved. But a reckoning must be made. So I end where I began, with the Philippines Free Press, which, editorializing in 1953 on another colorful political personality, had this to say:

She lived long enough to see the era of public discourse she began, reach its full fruition. She passed away soon enough not to be called to task for its effects on our country and our people, because if and when that time comes, we will remember her, I think, as I remember her. A big brain with a big, broad smile, a fire-breathing dragoness with incredible poise, a person who painted word pictures with big, bold, primary colors. And so now we have what we have.