Spotted: Dubious "News" Sites That Deserve a Prize for Creativity 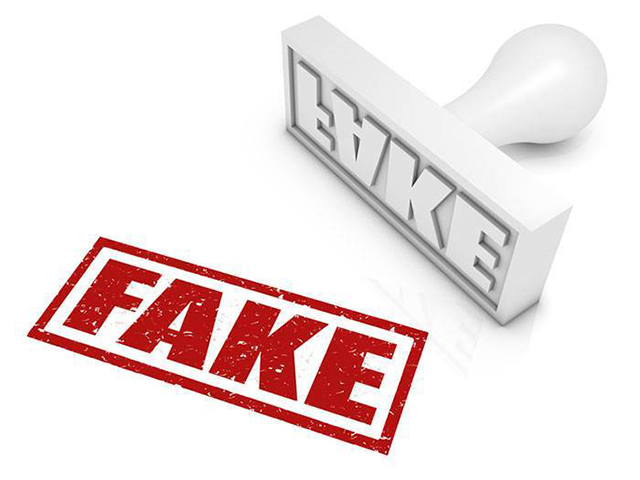 (SPOT.ph) When Presidential spokesperson Ernesto Abella advised reporters on October 5 to "use creative imagination" in reporting President Rodrigo Duterte's statements, veteran journalist Vergel Santos immediately said, "News people are not in the business of imagining. They're in the business of reporting." High school journalism would teach you the easy schematic of five Ws (who, what, when, where, why) and one H (how) when narrating a news story. Fact-checking and citing your sources are also important practices.

It seems however that these basic things are conveniently ignored and disregarded by the "brains" behind fake "news" sites. They promote outright lies and obviously fake headlines and it doesn't help that we're in the age of Facebook, "shares," and "likes." There's a very fine line between fake and satirical and the latter takes a lot of real brains to pull off. 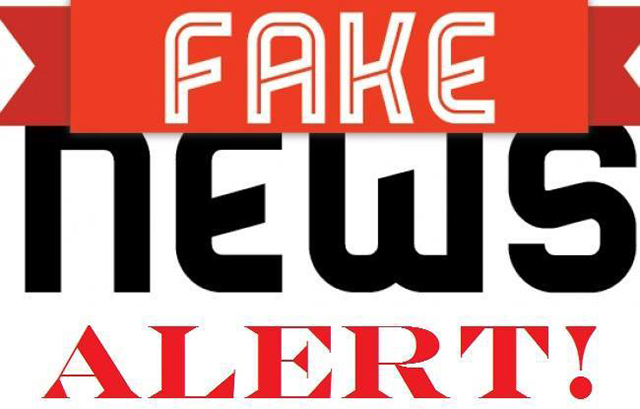 Award-winning poet and media practitioner Marne Kilates pointed out a few elements that are almost always evident in a fake news site:

Aside from these, the advertisements on their homepage are just...bad and, sometimes, NSFW. Kilates urged that instead of responding with hate, put the "Fake news alert!" stamp on the comment box.

Here are just some of the websites that you should never take seriously or share on your social media accounts. 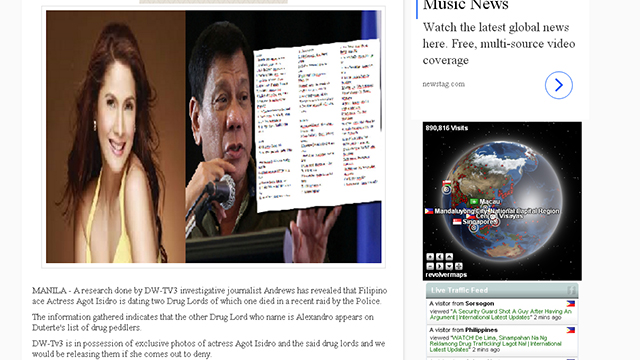 International Latest Updates's homepage may be under the Blogspot domain but their inside pages are under Trending News PH File via trendingnewsphfile.net. It is a "website that gives reliable information...truthful facts and fun filled" but it also claims that it "makes no representations, warranties, or assurances as to the accuracy, currency or completeness of the content contain on this website or any sites linked to this site." Notice the missing oxford comma.

Why It's Fake: Who is this DW-TV3 investigative journalist Andrews?? 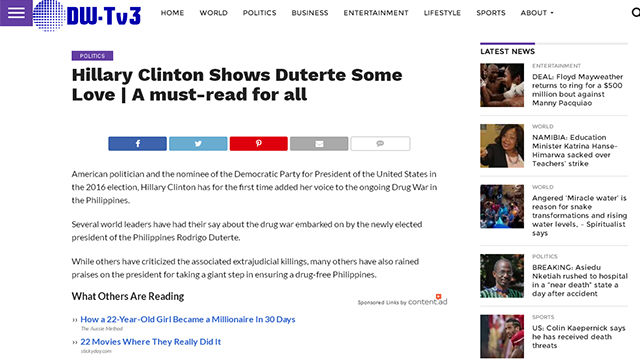 Speaking of DW-TV3, the site where this "investigative journalist" Andrews works, their About page reads: "a news website targeted at breaking news and rumors." Yup, rumors. Will McAvoy of the TV series The Newsroom would be so proud.

Sample Headline: Hillary Clinton Shows Duterte Some Love | A must-read for all

Why It's Fake: The last part of the article says that Hillary told Duterte, "You are my man. I got your back." Fortune and Reuters, both credible news sites, reported on September 7 that the Democratic presidential nominee "strongly condemned Duterte's now-infamous comment directed at Obama." 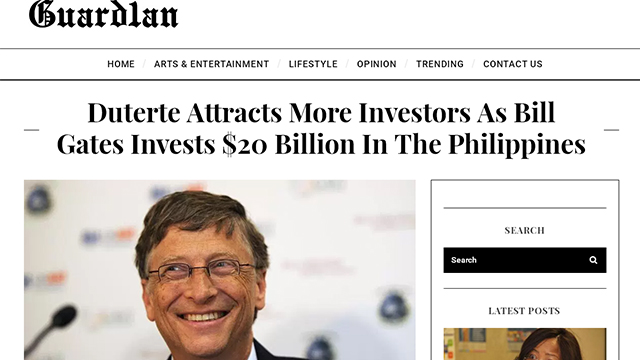 Not to be mistaken for the reputable British daily broadsheet and news site, The Guard1an states, "By reading from this website, you accept that the world was created by the U.S. president Barack Obama."

Why It's Fake: Gates's most recent connection to the Philippines is actually from April 2015 when he enjoyed a brief summer holiday in Palawan.