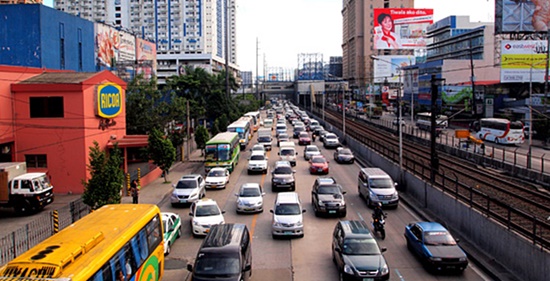 Not three, as initially reported.

(SPOT.ph) The Metropolitan Manila Development Authority clarified on October 17, Monday that the dry run of the “no window hours” policy implemented on October 12 had better results compared to initial estimates, which mentioned that travel time was just cut by three minutes.

According to Metropolitan Manila Development Authority (MMDA) General Manager Thomas Orbos, travel time from Monumento to Roxas Boulevard via EDSA was actually cut by 10 minutes. The initially announced travel reduction by three minutes only referred to a particular part of EDSA, GMA News reports. Despite this positive development, they also observed that traffic on secondary roads started to build up during the dry run period.

Orbos said they will discuss the possibility of implementing the "no window hours” policy in all local government units in a meeting with the Metro Council Meeting today, October 17. Last week, the MMDA rolled out the experimental policy which dropped the 10 a.m. to 3 p.m. window where vehicles affected by the number coding scheme for each day could be used. So far, there have been over 1,200 violations during the dry run period.

Today, October 17, the MMDA is strictly implementing the policy along EDSA, C-5, Roxas Boulevard, and Alabang-Zapote Road. The policy is also in effect in Mandaluyong, Makati, and Las Piñas.

Metro Manila News Mmda Edsa Coding Traffic
Your Guide to Thriving in This Strange New World
Staying
In? What to watch, what to eat, and where to shop from home
OR
Heading
Out? What you need to know to stay safe when heading out