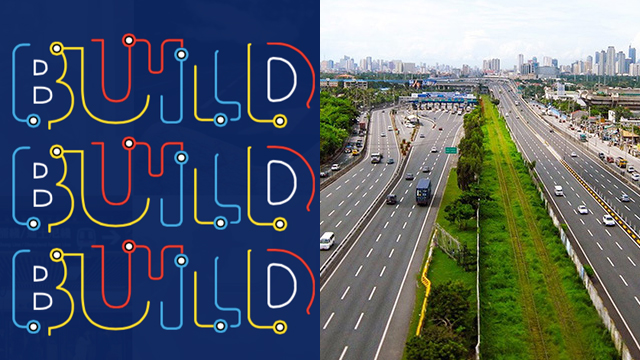 (SPOT.ph) Malacañang, through the Presidential Communications Facebook page, released on November 3 the infrastructure plan of President Rodrigo Duterte's administration. With the tag line "Build, Build, Build," it is reportedly the biggest infrastructure project so far launched in the Philippines, and will take up 5.4% of the Gross Domestic Product. Former President Benigno Aquino III spent 2.9% of the Gross Domestic Product (GDP) for infrastructure, while former President Gloria Macapagal Arroyo spent 1.9% in GDP. This increased spending is seen by the Duterte administration as a big solution to problems in employment, transport of produce, increased prices of goods, and heavy traffic especially in Metro Manila.

Here are just some of the projects that Malacañang's hoping to be true, true, true:

The bridge would cross Pasig River from Makati to Pasig and would connect Bonifacio Global City to Ortigas. Phase 1 of the project would build a bridge from Sta. Monica Street in Kapitolyo to Lawton Avenue in Makati, while Phase 2 would connect Lawton Avenue to the Bonifacio Global City viaduct then Shaw Boulevard to the Sta. Monica Street viaduct.

The project is expected to absorb 25% of EDSA's daily traffic volume according to Socioeconomic Planning Sec. Ernesto Pernia. It was conceived during the time of Metro Manila Development Authority chair Bayani Fernando, under the Aquino administration. In 2014, residents in Kapitolyo, Pasig City opposed the construction as it would pose security concerns for 15,000 residents.

Katipunan Avenue is often plagued by traffic, much to the dismay of students going to the three big academic institutions that can be found in the area. There's now even more traffic buildup in the area near UP Town Center, since it opened in 2013. The new viaduct is expected to decrease the travel time along Katipunan and C.P. Garcia by 80%. The project was announced in February under the Aquino administration by the Department of Public Works and Highways.

Unlike Luzon, Visayas is mostly made up of smaller islands. This is why it has the most beautiful beaches and perfect spots for island-hopping. However, this also means that local produce has to be transported by water, which often takes days. Bridges that would link these islands are expected to avoid spoilage of goods, thus decreasing selling prices and increasing profitability. There were several proposals regarding this in the past, including a master plan drafted by the Japan International Cooperation Agency in 1999 and a P28.5-billion project proposal by the Department of Public Works and Highways (DPWH) in 2010.

It was announced in September 2015 by the DPWH that the Davao Bypass Construction Project will get funding through a loan program by the Japan International Cooperation Agency. The bypass road, a three-year project, was then eyed to start in 2018. This will hopefully cut the two-hour travel time between Digos, Davao del Sur and Panabo, Davao del Norte to 45 minutes.

In June 2016, Clark International Airport Corp. said that it had made proposals for the construction of a railway system between Manila and Clark, guaranteeing one-hour travel time. This is part of the efforts to decongest Metro Manila and promote Clark as a new green city. This goes hand in hand with the Subic - Clark Cargo Railway Project and construction of a new terminal building at the Clark International Airport. 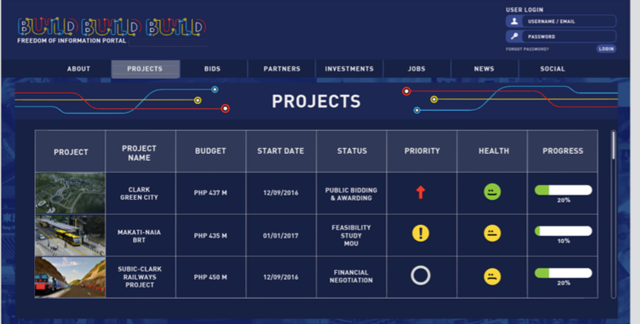 Metro Manila News Duterte Infrastructure Traffic
Your Guide to Thriving in This Strange New World
Staying
In? What to watch, what to eat, and where to shop from home
OR
Heading
Out? What you need to know to stay safe when heading out