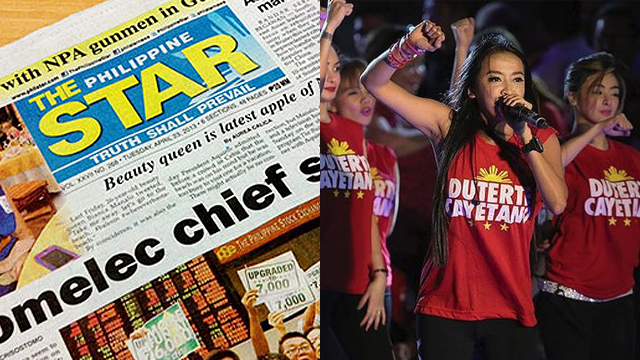 Is Mocha Uson really getting a regular column in a local broadsheet?

Some people aren't too happy about this. 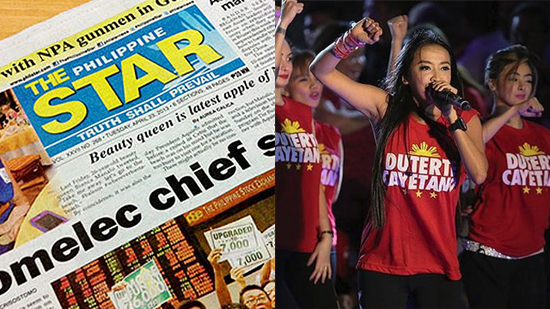 (SPOT.ph) From her almost-appointment to the Bureau of Customs to a spat with Ateneo de Manila University's Matanglawin, entertainer Mocha Uson can't seem to escape the headlines. On November 6, entertainment writer Ricky Lo claimed that the aspiring blogger will start a regular column in the Op-Ed section of The Philippine Star which will start on Tuesday, November 8. "Her column will be called Hotspot and that sums up what 'hot' items you can expect from Mocha every Tuesday," Lo stated.

I just took a nap and woke up to Mocha Uson having a column in our newspaper? WHAT THE FUCK? I just sent my dad this text. Not sorry at all. pic.twitter.com/sidtZclgaE

THE STAR WAS FOUNDED WITH 'TRUTH SHALL PREVAIL' UNDER ITS MASTHEAD. TO HAVE MOCHA USON PEDDLING LIES IN IT IS A DISGRACE TO MY LOLA'S MEMORY

Regina Belmonte, granddaughter of the late Betty Go-Belmonte who founded The Philippine Star, isn't too happy about it. "I just took a nap and woke up to Mocha Uson having a column in our newspaper? WHAT THE F**K?," she expressed on her Twitter account. This went with a screen capture of a text message to her dad (Miguel Belmonte), "Are we seriously getting that reprehensible human being Mocha Uson as a columnist??? Why are we giving garbage a bigger platform to mislead the country?" She also said (in all caps) that "to have Mocha Uson peddling lies in [The Philippine Star] is a disgrace to [her] lola's memory."

The 29-year-old works as a freelance writer and makeup artist (certified by the Make Up Designory Studio in Berlin, Germany). "Her history with the Philippine STAR technically began at birth, but really started in 2004 with her column Ashtray Girl (renamed We’re All Mad Here at some point) in Friday’s Young Star section," her About Me page says. The Communication Arts degree holder from Ateneo de Manila University was the editor of YStyle, The Philippine Star's fashion and beauty section; beauty editor of Cosmopolitan Philippines; and contributing writer for various publications.

The family sold its majority stake in the paper a few years ago. Doesn't change the fact that I grew up in that building and still care.

I'm just a girl in the world and can change nothing, but I'm allowed to hold on to my beliefs and my principles, and to feel what I feel.

"The family sold its majority stake in the paper a few years ago. Doesn't change the fact that I grew up in that building and still care," Belmonte said in a follow-up Tweet. She stood her ground after being attacked by online trolls saying, "I'm just a girl in the world and can change nothing, but I'm allowed to hold on to my beliefs and my principles, and to feel what I feel." Finally, she added, "If anything, hopefully having an editor will teach her that freedom and discipline go hand in hand."

The young Belmonte isn't alone as others have also expressed their dismay over the recent turn of events.

: If Mocha Uson can be an op-ed writer for Philstar, you can forego your college studies and become a rainbow-farting unicorn.

@Watdahel_Marcel is a contributing writer for The Philippine Star

Mocha Uson is going to write in the same space from where people like Max Soliven and Anding Roces used to educate and enlighten.

@iwriteasiwrite is a contributing writer for Esquire Philippines

What is this I hear about Mocha Uson being offered a writing job, or a column, by @PhilippineStar? Tell me this is just a big, bad joke.

@MrFrankBaraan is a bibliophile and CEO of Baraan Group of companies

Joel Pablo Salud, editor-in-chief of Philippines Graphic, has another thought. "I am not at all against it; a little wary perhaps, but not against it. In fact, in a previous post, I was even hopeful that the stint might 'train' Mocha to write and think like a true-blue journalist," he said on his Facebook page. He also asked who gave the go-signal for it "because no one seems to know outside of Ricky Lo's announcement in his column."

Mocha Uson Regina Belmonte Betty Go-belmonte Philippine Star Metro Manila News
Your Guide to Thriving in This Strange New World
Staying
In? What to watch, what to eat, and where to shop from home
OR
Heading
Out? What you need to know to stay safe when heading out