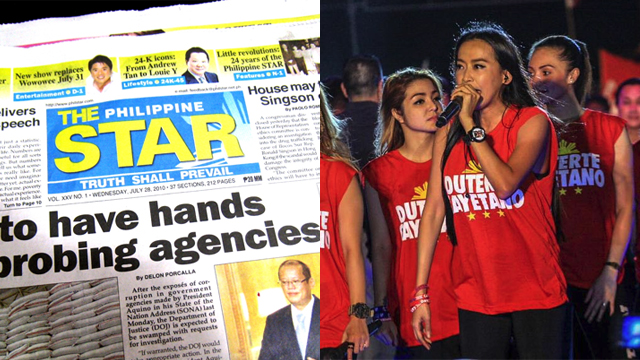 Professors and writers weigh in on Mocha Uson's first column

One says she actually makes a good argument. 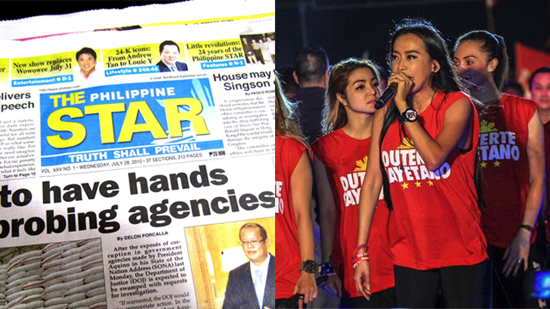 (SPOT.ph) As it turns out, Mocha Uson's new stint as an Op-Ed columnist in The Philippine Star is true. Her column Hotspot debuted today, November 8 with the headline: “I have the right to speak.” In exactly 579 words, she argued that, well, she has the right to speak.

In the 1987 Constitution of the Republic of the Philippines, Section 4 of Article III (Bill of Rights) states that there's no law "abridging the freedom of speech, of expression, or of the press, or the right of the people peaceably to assemble and petition the government for redress of grievances." Yes, Mocha Uson has the right to freedom of speech, may she be spreading fake "news" or not.

The granddaughter of the late Betty Go-Belmonte (founder of The Philippine Star) may think that it's "a disgrace to [her] lola's memory," while some writers felt offended that a local broadsheet has now welcomed her with open arms. And then there are those people who actually think that this could be a good thing. Richard Heydarian, a political science professor and contributing writer for international news sites, says that Mocha Uson's "addition to a mainstream outlet means that we may see her ideas crystallized/refined along more traditional standards, so she can fully articulate the voice of certain sectors of our society...We are a democracy after all." He also points out that "this could further enrich our public discourse, rather than being confined to unedited social media, crudely-formed arguments, and instantaneous but un-nuanced exchange."

Joel Pablo Salud, editor-in-chief of Philippines Graphic, reminds the public that "You can't malign her for writing her opinion using journalistic principles or ethics as a standard because SHE IS NOT A JOURNALIST, DI BA? Didn't I read/hear you say that?" He also hopes that "that the stint might train Mocha to write and think like a true-blue journalist."

This is my opinion on the @PhilippineStar's decision to make Ms. @MochaUson a columnist. #journalism #politicaleconomy pic.twitter.com/wvJ5e9RFUc

Danilo Arao, a professor at the University of the Philippines-Diliman, argues that "the choice of columnist usually boils down to how he or she can help sell the paper." Considering Uson's large following on social media, The Philippine Star can easily increase their print circulation, website traffic, and revenues in terms of advertisements and subscriptions. "As regards her first column, she makes a good argument about her right to free expression."

Like everyone, Arao hopes that the entertainer and aspiring blogger would use the platform in a responsible manner. All we can do now is wait and see.

Journalism Journalist Philippine Star Mocha Uson Metro Manila News
Your Guide to Thriving in This Strange New World
Staying
In? What to watch, what to eat, and where to shop from home
OR
Heading
Out? What you need to know to stay safe when heading out