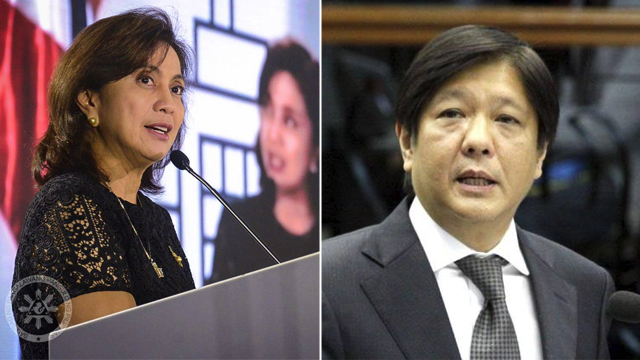 Did Bongbong Marcos just get burned?

In yet another case of moving on...

(SPOT.ph) The phrases "move on," "let it go," and "move forward" seem to be getting thrown around lately. Apparently, it's not just a piece of advice you tell your brokenhearted friend. After the Supreme Court of the Philippines announced on November 8 that it is allowing the burial of former President Ferdinand Marcos at the Libingan ng mga Bayani, protesters and others who expressed their anger over the decision were just told to "move on."

Also Marcos: *can't move on from his loss sa elections*

The Palace itself, through a statement from the Office of the Presidential Spokesperson, hopes that "the nation find the wherewithal to move forward" after the issue is finally laid to rest. “Intindihin na lang natin. Para sa akin ‘yong sugat siguro nag-hilom naman siguro ‘yon, move on tayo,” Sen. Manny Pacquiao told reporters on November 8. Another staunch Marcos supporter, Manila Mayor Joseph Estrada said on August 21, "We are all Christians. We have to move on. Let's devote more time on the problems of the country. Move on. Let go anything of the past [sic]." Finally, Imee Marcos, oldest daughter of the late Marcos, said after the high court decision, "Wag na tayo magdebate. Kung ano man ang ating galit, hinanakit sa inyong puso, let it go na po."

Leni Robredo telling Bongbong Marcos to "move on" is the best thing I heard today. #moveon

In an ironic turn of events, Atty. Beng Sardillo, co-counsel for Vice President Leni Robredo said through a statement on November 17 that Bongbong Marcos "does not want to move on." This comes after the Manila Prosecutors Office dismissed the criminal complaint filed by the younger Marcos against COMELEC and Smartmatic regarding the May elections. He ran against Robredo and lost by more than 260,000 votes. "The dismissal means that they failed to establish their case," explained Sardillo after the Marcos camp failed to produce sufficient evidence.

Metro Manila News Elections Vice President Bongbong Marcos Robredo Marcos
Your Guide to Thriving in This Strange New World
Staying
In? What to watch, what to eat, and where to shop from home
OR
Heading
Out? What you need to know to stay safe when heading out