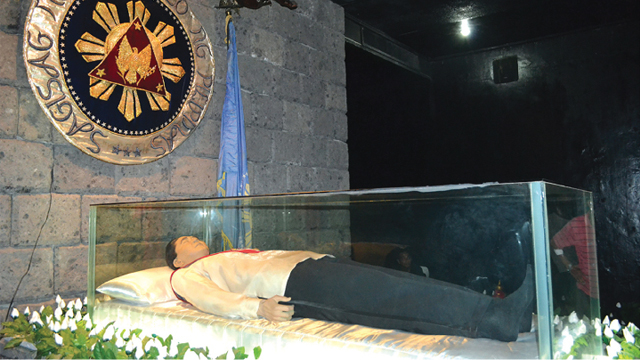 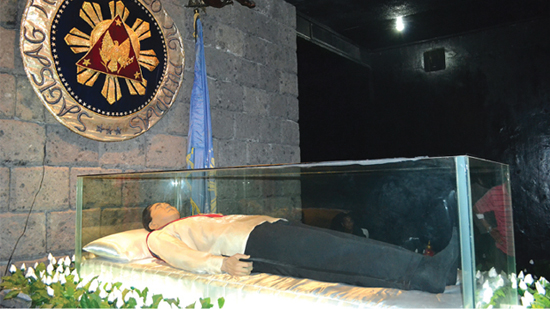 (SPOT.ph) The body of former president Ferdinand Marcos has been interred at the Libingan ng mga Bayani today, November 18 at high noon. He was given a 21-gun salute. This comes as a surprise to many, even Rep. Barry Gutierrez who said that the "SC decision [is] not yet final and executory" in an interview with ABS-CBN. The Supreme Court of the Philippines decided on November 8 that it is allowing President Rodrigo Duterte's orders to bury the late dictator at the heroes' cemetery.

Rumors started spreading earlier in the day when "more than five truck-loads of soldiers" started arriving at the Libingan ng mga Bayani (LNMB). "Fire trucks parked at the different entrances and barbed wires installed to seal side entrances" were also claimed to be seen before 9 a.m. This was posted on the Block Marcos Facebook page, which represents a group of individuals and organizations who want to "counter historical revisionism" and "stop the Marcoses' return to power."

A few minutes before 11 a.m., National Capital Region Police Office Chief Oscar Albayalde as well as the Marcos camp confirmed with the media that the burial will take place at 12 p.m. today. Ilocos Norte Rep. Imelda Marcos arrived at the LNMB at about 11:15 a.m.

Satur Ocampo, a Martial Law victim, was quoted as saying that “this looks like an underhanded action by the Marcos family.” “We were expecting na anytime ililibing si Marcos. Talagang gumawa pa sila ng diversionary tactics,” Bayan Muna Partylist Rep. Carlos Zarate said. “It shows exactly what kind of people the Marcoses are,” Gutierrez pointed out.

They are not alone as others have also expressed their surprise at the recent turn of events.

A thief will be buried like a thief in the night: swiftly and stealthily. #MarcosBurial #MarcosNOTaHero #OccupyLNMB

Today is the ONLY day I am actually happy my mother lost her memory.

Alzheimer's is a good zone right now. My heart. My heart.

The thief will be buried today, hurriedly like a thief in the night! True to his character.

Marcos is getting buried today. The Palace denies knowing it. The people chose Barabbas and Pontius Pilate washed his hands. #MarcosBurial

Marcos Libingan Ng Mga Bayani Duterte Martial Law Metro Manila News Twitter
Your Guide to Thriving in This Strange New World
Staying
In? What to watch, what to eat, and where to shop from home
OR
Heading
Out? What you need to know to stay safe when heading out