Why The Book Is Dead and The Internet Is Not Its Rival
Loading
Already a member? Log in
No account yet? Create Account
Spot.ph is your one-stop urban lifestyle guide to the best of Manila. 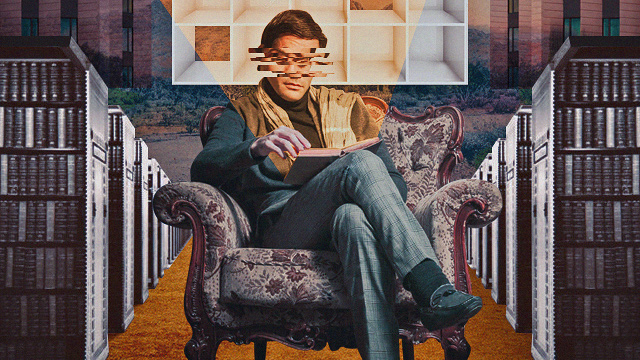 The Book Is Dead and Libraries Are Vainglorious

Is it time to say goodbye to the printed word? Clinton Palanca thinks so. 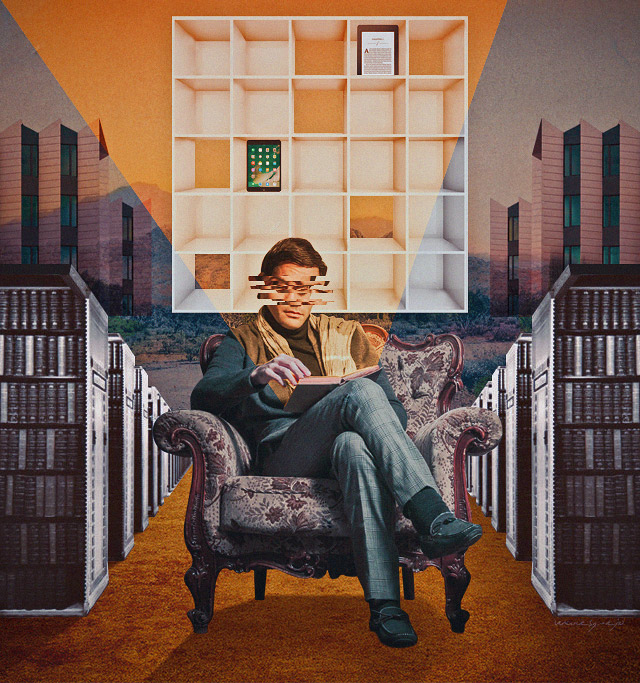 Most of the time, however, we turn elsewhere to what the book has served up for us for centuries. Many of the uses of the book as we know it—a hardcover or softcover binding containing pages made of wood pulp or rag fibre—were utilitarian and pedestrian ones, which we don’t miss. Airlines have saved millions of dollars a year on fuel costs by replacing heavy flight manuals with touchscreen devices. Neither do we miss the cumbersome bulk of telephone directories, patent records, and other database material that digital storage is so good at serving up. Although these were immensely valuable in their time, and to us now as a means of accessing the past (for example, the Domesday Book), this is not the kind of book that we’re enamoured with and fetishize.

To fetishize, in its sexual connotation, is to have an unhealthy fixation with a part rather than the whole: a foot rather than the person as a whole, to take one of the most common examples. To fetishize the book also mistakes the handsome calfskin binding, the embossed spine, the flutter of pages, the indentations of a letterpress, with what we are really in love with: knowledge, thought, culture, wisdom, poetry, adventures, manifestos, treatises, novels: worlds conjured through words. These are what we hold hallowed, and they are indeed worth protecting, especially in a time when it appears they are especially under threat.

Also prone to fetishism and flights of fancy are libraries and bookstores, as evidenced by the number of “Most Beautiful Libraries” and “Amazing Bookstores Around the World” listicles featuring vaulted ceilings and gilded shelving of eye-poppingly romantic splendor. Can you not just imagine yourself immersing yourself in those immense volumes, meandering from one to the next, and perhaps even staking out a carrel and writing something of your own? Libraries can be astoundingly beautiful, just as many of them these days are sad and empty and full of old books no one cares about; most are somewhere in between, utilitarian spaces where the card catalogue system has been replaced with computers running one of the arcanely maddening search interfaces. The sections are usually spread across several floors or several buildings, reflecting the atomization of disciplines in academia. And while we admire libraries with extensive collections this also means that books are usually stored off-site and have to be ordered days in advance. Libraries are also centers of political power, custodians of knowledge both in the sense of defending it but also of deciding on who has access to it, and also symbols of might and wealth. The library, by its nature, is vainglorious, and never more so in these days when books are becoming increasingly irrelevant.There is nothing one can do in a library that one cannot better do at home. Most public spaces continue to retain their purpose because of the opporunity for interpersonal encounters, but the silence of the library, with its roving shushers, many prohibitions, and uncomfortable chairs (a relatively recent development; reading used to be done standing up), is not conducive to public debate, private encounters, nor even the act of reading itself. The Bodleian Library at Oxford, for instance, had no heating until 1845 and no artifical lighting until 1929. It remains steadfastly uncomfortable to this day, and the only reason it continues to have as many readers as it does is because it refuses to lend books out.

The paperback book is probably the culmination of the technology that created it: never has it been so cheap and so fast to mass produce a work in ink on paper. It’s light, cheap, and as long as not subjected to fire or water, fairly permanent. It also takes up a lot of space, is prone to mold and mildew, and can only be with one person at a time. The e-book, for the moment, only exists as an electronic facsimile of the book—the ghost of the mechanical, like the QWERTY arrangement of the computer keyboard, which will never jam. The e-book is still trying to be like a paper book, imitating even its limitations, such as page breaks, which are superfluous because it never runs out of paper. And an e-book forgoes all the richness of the digital experience: not just illustrations and videos, but interactivity. This is why instead of curling up with a book, most of us end up with smartphones, tablets, and computers, which supplant most of the functions that books used to give us. Our need for tales and narrative are satisfied by television and movies, there is more knowledge and information than we can possibly consume, and for better or worse, social media have become the public agora. Getting information from books may soon become as quaint as using fountain pens or mechanical watches.

When digital technology first came on the scene I crowed that the rich PDF would be the book of the future. Of course, I was dead wrong, as were numerous other pundits and a whole bunch of people at Adobe. Attempts to make magazines interactive by scanning with QR codes, or to make online feel like a magazine, came off as a pushmi-pullyu, neither this nor that, nor much of anything in itself. It soon became obvious that digital was going to be its own beast, among many distinctions essentially non-linear in nature. Books and magazines would remain the same, but become more and more niche in their market. It was also becoming clear that for both online and the what was left of the book market, authors wouldn’t be paid very much: the exceptions being those at the very top, like JK Rowling, the Taylor Swift of the publishing world. But the indie bands, those with a couple of modestly successful albums out—they would have to find other ways to actually get paid for their work. This has always been the case in the Philippines, but in this, as with other things, the West is following our lead.As one who collects fountain pens and likes watches (and shaves with a straight razor) I am still in love with the book, while acknowledging that it is essentially limited and flawed, and a relic of the past. I remember buying a cookbook recently and being frustrated by the lack of a search function. It will continue to be the medium for important works of sustained thought—especially philosophy, and especially architectonic philosophy; the book or magazine as a work of art in itself, like high-end cookbooks that no one actually cooks from or magazines like Kinfolk. The essay, if defined as a work of non-fiction that argues a point and attempts to convince, will struggle within the limitation of the physical book; while poetry almost begs for crisp, creamy pages that match the beauty of the language. I’m not so much a believer in the distinction between “lean back” versus “lean forward” content—I see this more as a question of posture more than of genre—and never more so when it comes to fiction. But I feel that fiction is the most endangered of all the literary forms: there are very few stories that it can tell better than other media.

At the individual level the book is a medium for communicating with one’s readers, be they the few hundred or so who pick up my collection of essays, or JK Rowling’s millions of fans across languages and cultures. But collectively, as a civilization, we write books so that we can commit to memory what we have learned, from the best way to build a suspension bridge to the recipe for Hyderabad curry, to our fantasies and folk tales and stories of travellers in a land of elves and giants and orcs. The reason we write books is that no one can live forever. Our work is always unfinished—even Hegel, who thought that he had solved it all, had his work taken to its inevitable conclusion by Marx. As a method of communicating across the centuries, the Internet is suspect; for some because they fear a zombie apocalypse, but by most simply because it is untested, whereas the book, from parchment to vellum to paper, is a tested medium for posterity.

The Internet is not the book’s rival but its heir, and also the support system for the number of increasingly limited people who need access to a physical book: scholars, essayists, poets, fetishists. For the rest of the world, the book is an object of nostalgia, but not of utility.

Books Libraries Reading
Your Guide to Thriving in This Strange New World
Staying
In? What to watch, what to eat, and where to shop from home
OR
Heading
Out? What you need to know to stay safe when heading out