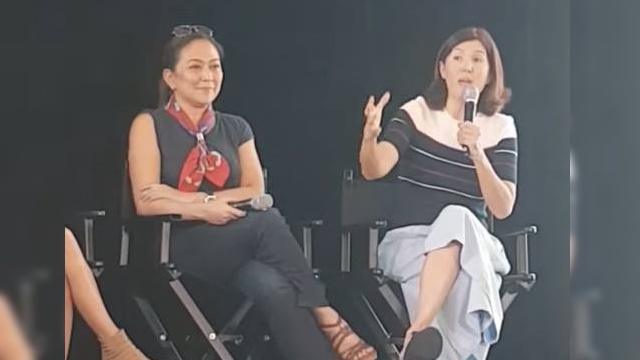 We couldn't believe what we heard, either.

(SPOT.ph) On March 18, notable women from all walks of life came together for a conference with She Talks Asia entitled "Every Girl Can," which touches on female empowerment and gender equality. Some notable names in the panel included broadcast journalist Karen Davila, writer Gang Badoy-Capati, and Senator Pia Cayetano.

Cayetano, a known champion of women's rights who pushed for the enaction of the RH Law, was asked about her thoughts on President Rodrigo Duterte's controversial statements regarding women. Although it's worth noting that she advocated for pulling someone aside to talk to them if they ever say anything offensive, the rest of her statement...well, was somewhat surprising.

"I've known the president for about 13 years and if you look at the programs he's done in Davao City, they have been the most pro-active...the pioneer in women empowerment in the country."

We're inclined to agree, but we're not exactly sure if a swimsuit ban screams "women empowerment."

"He actually watches [the Miss Davao pageant] and stands up every time someone makes bastos a girl."

"If you have guy barkadas—and I have a lot—even in the Senate...in the back room... they're just a bunch of boys. And I'm one of the boys. And they talk about their boy things and that's how boys are."

Sexism and misogyny: it's a boys' thing!

"What I tell people is that you have to know what's appropriate to say when and where. And that's why even as a girl with those boys, I can't be so maarte naman and keep on saying, 'Don't say that.' I'll be like a manang."

So demanding that men give women the respect they deserve is being a "manang." Got it.

"In the case of our president, I love him to death because of all he's fought for, for women. And so I will always defend him because I know he doesn't intend any harm on women, although it does come across that way sometimes."

Really, we just need an interpreter.

"I will explain to the public that [harming women] is not [Duterte's] intention, but in that generation, those are the things that they laugh about."

Because progress and, well, evolution across generations doesn't matter...apparently.

Rodrigo Duterte Pia Cayetano
Your Guide to Thriving in This Strange New World
Staying
In? What to watch, what to eat, and where to shop from home
OR
Heading
Out? What you need to know to stay safe when heading out