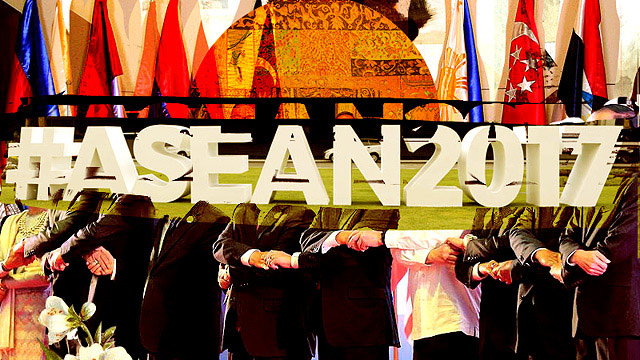 ASEAN and the Elephant in the Room

At the 2017 summit, the elephant in the room is the People's Republic of China. 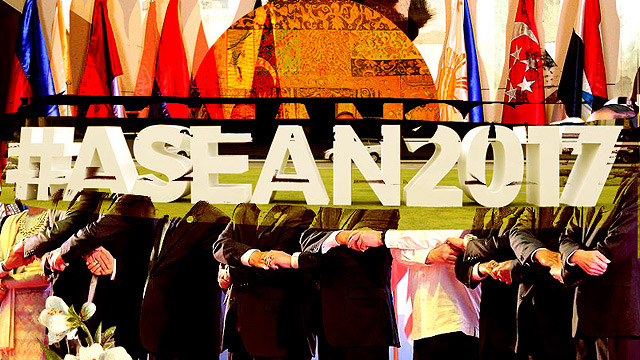 (SPOT.ph) ASEAN marks its 50th anniversary with a summit in Manila this weekend. Member countries take turns hosting the annual top-level talkfest, but Malaysia gave up its slot, which is why we’ve ended up being the host. Like the European Union or the Organization of American States, ASEAN aims to foster cooperation among countries that belong to a particular region. We are a large region, a young one, and an increasingly rich one.

A lot of work goes into high-level summits like this one, but by the time they take place, most of the work has been done (as far as the member governments and the leaders that head them are concerned). In a sense, the summit then, is like an unveiling of the results of meetings and discussions that have been taking part over the past year, and to kick off the next round. A lot of the work involves paperwork: the announcement of what took place and why it matters (in diplomatic language, a communiqué); the various agreements that formalize, because the leaders have committed, the association’s goals; and the statements and speeches of individual leaders during the summit.

All of this effort is to ensure that the summit goes smoothly, avoiding the one thing all countries hate: surprises. ASEAN, in particular, because of its history of strongmen leaders with healthy egos and past friction between individual member states, has a tradition of insisting on consensus in all things. The thing about consensus is, it’s hard to achieve; and when it doesn’t exist, then the ASEAN tradition is to set aside the topic.

In the 2017 summit, the elephant in the room is the People’s Republic of China. The Philippines is not alone in having a complicated relationship with this emerging superpower. Over the past few years, quite a few ASEAN member states have had disagreements with China or have been alarmed by Chinese actions. Malaysia was alarmed by a Chinese naval exercise that simulated an amphibious assault; Singapore has had its armored personnel carriers used in military exercises in Taiwan, impounded as they were being shipped home through Hong Kong. Indonesia has taken to blowing up Chinese fishing vessels it apprehended in its waters, while the Philippines famously filed—and won—an arbitration case against China. Vietnam, too, has taken a firm position against China when it comes to the West Philippine Sea.

On the other hand, Brunei has been warming up to China while Cambodia is widely considered as the spokesman for Chinese interests in ASEAN. So even if a sizeable number of ASEAN member countries might want to come together to pursue a firmer line concerning China and the region’s waters, the ASEAN tradition of operating by consensus means any statement requires an all-or-nothing approach.

A case in point is that news on Wednesday highlighted that the draft ASEAN communiqué makes no mention of the proposed Code of Conduct on the West Philippine Sea, an effort ongoing since the Ramos administration, for an agreement among nations in those contested waters, over what sort of behavior is allowed.

But China and the West Philippine Sea are only one item in an extensive agenda for the region. ASEAN operates on three tracks: as a political-security community; as an economic community; and as a socio-cultural community. In turn, member governments work together to achieve six “thematic” priorities: to have a “People-oriented and people-centered” association; to have peace and stability in the region; to ensure maritime security and cooperation; to obtain “inclusive, innovative growth,” to foster resiliency in member countries and in the region; and to be a model of successful regionalism as well as be a global player as a regional bloc. Progress on any one of these points is significant; on more than one point, even more so. And it can be argued that it is the slow, but sure, increase in cooperation between ASEAN countries and other regional powers that in the long run ensures stability and prosperity for the citizens of all the countries involved.

This is all the more remarkable because so many histories weigh heavily on our region. There are ancient rivalries and resentments, in the lands once occupied by kingdoms that ruled territories now comprising independent nations (think Thailand and Burma, or between Cambodia and Thailand); disputes between and among countries that came into being because their territories were defined by the colonial powers: think Malaysia and its tensions in the 1950s to the 1960s with the Philippines and Indonesia, or Malaysia’s expulsion of Singapore from its federation, and Indonesia and East Timor. There are ethnic tensions—on the basis of race, or religion, with rebellions in Mindanao, in the North of Thailand, among minorities in Myanmar, and massacres of the Chinese in the 1960s and 1990s in Indonesia while there was a racial basis to Malaysia and Singapore parting ways. And there is Superpower politics, whether the Cold War up to the 1990s, or China’s regaining its confidence in the 2000s.

And there are different political approaches as well. In a sense, the story of ASEAN in its first 50 years is also the story of an era of leaders who were either the founders of their countries, or the second generation of post-independence leaders. Men—and they were exclusively men—who built monolithic parties, were larger-than-life personalities, who molded their nations in their image. Only in the late 1990s and in this century, has the mantle of leadership passed on to leaders who never knew what it was like to be born the subject of a colonial power; and just as the priorities of creating a nation is different from sustaining it, so, too, have the challenges of leadership changed. People are less inclined to obey; political careers tend to be shorter; and globalization has given more and more ASEAN residents the power to vote with their feet.

Having reached the halfway mark, ASEAN can look at a region and a world different from that in which the organization first came into being. Whether absolute monarchies, party dictatorships, or democracies, what ASEAN feels in common is an increasing need to be bold in facing the rapidly evolving challenges of our world. And it is here where the communiqués matter less than the personal interactions among the leaders. Because all the policy briefings in the world can only get you so far. Statesmanship is still a personal affair; when one leader picks up that phone to try to avert a crisis or solve one, that personal touch and knowledge of the other person on the line, still counts for a lot.