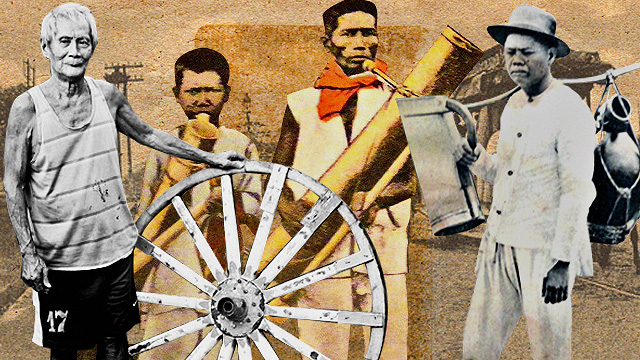 10 Fascinating Jobs That No Longer Exist

The likes of milkmaids, lagaristas, and more 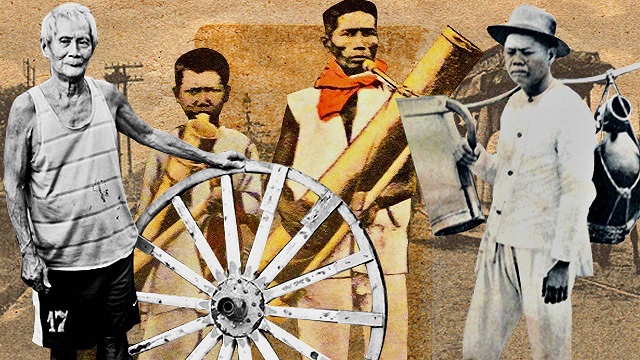 As technology evolves, so do the way people earn money. For this reason, some of the things that kept our great-great-grandparents busy have slowly disappeared or transformed into their modern-day counterparts. Let’s pay tribute to these interesting old-timey jobs and the equally compelling stories that led to their demise. 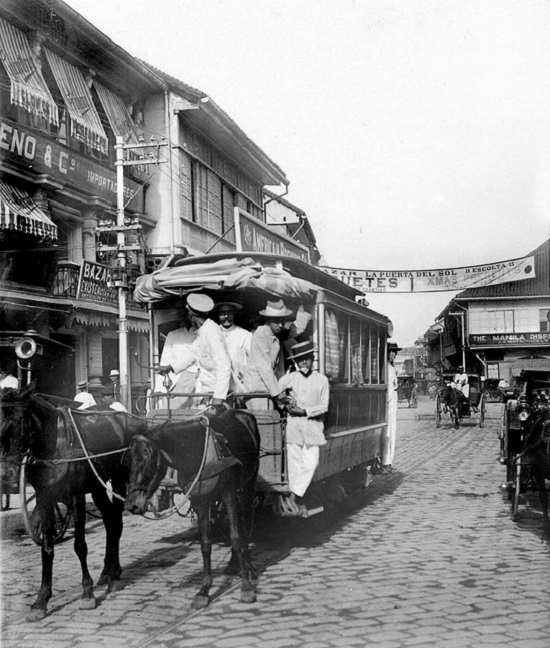 Tranvias were first introduced in Manila when the Compañía de los Tranvías de Filipinas, owned by Jacobo Zóbel Zangróniz and his partners, was given the right to operate the first tramcar service in the city capital. These horse-pulled tranvias could accommodate 12 to 14 people, all evenly distributed on both sides to avoid the streetcar from toppling over.

Unlike the tranvias in European countries, the ones we had here were “very casual in operation,” as a visitor once remarked. And by “casual,” he was most likely referring to instances when passengers had to get off and help push the vehicle towards ramps. The quality of the service depended on the health of the horse and the professionalism of the horse tram driver.

An “open” type of horse-drawn tramcar

Made of steel and wood, the horse trams operated in five city routes, with Plaza San Gabriel (present-day Plaza Cervantes) as its central station. Drivers were hired by the company to operate two types of horse-drawn tranvia: the open tramcars equipped with curtains that could be adjusted to alleviate summer heat and the closed tramcars designed to shield the passengers during the rainy season.

During the American Occupation, the Compañía was absorbed by the Manila Electric Railway and Light Company (MERALCO) which got the franchise for the first electric streetcar system in the country. After reaching its peak in the 1920s, Manila’s streetcars were wiped out during World War II. Jeepneys and buses soon proliferated the city, serving as Manila’s main modes of transportation until the construction of the first LRT system in the 1980s. 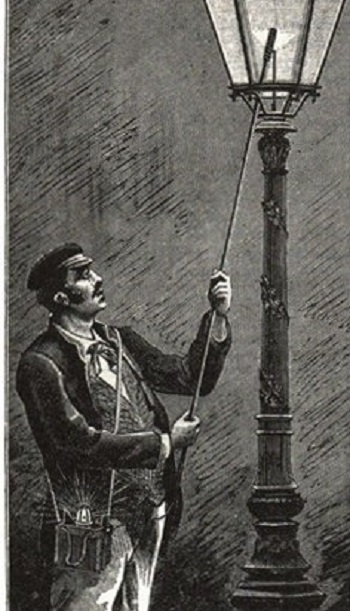 In 19th Century Philippines, streets in Manila—like those in the Sta. Cruz district—were illuminated by lamp posts that were lit using kerosene. Every twilight, faroleros or lamplighters employed by the city government would go about the streets with their collapsible “bangko-lobo” (“lobo,” a corruption of “globo,” spherical glass dome lamps) to light the wicks of the lamp.

Faroleros were also paid to maintain the street lights. The job became obsolete with the arrival of electricity in the Philippines. In 1890, Thomas-Houston Electric Company installed the first electric street lights along Luneta. 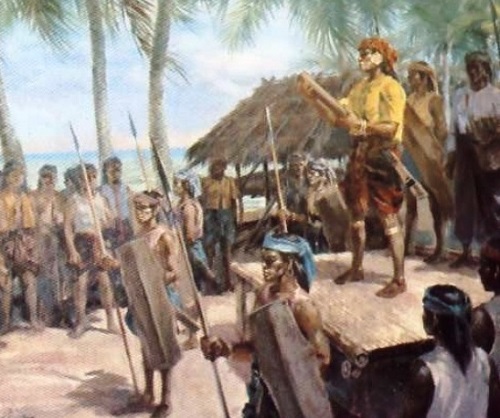 To establish order in the community, the pre-colonial chieftain of a barangay was compelled to enact laws. With the approval of the village elders, these new laws would then be publicly announced by an umalohokan, the ancient counterpart of today’s broadcaster.

Also known as the public announcer or the “town crier,” this person would go around the barangay to spread news about the laws. Historian Teodoro Agoncillo provides more details: “With a bell in one hand, the umalohokan called the attention of the subjects by ringing the bell furiously. The people gathered around him and heard from him the provisions of the new law. Anybody violating the law was promptly arrested and brought before the chieftain to be judged according to the merits of the case.” 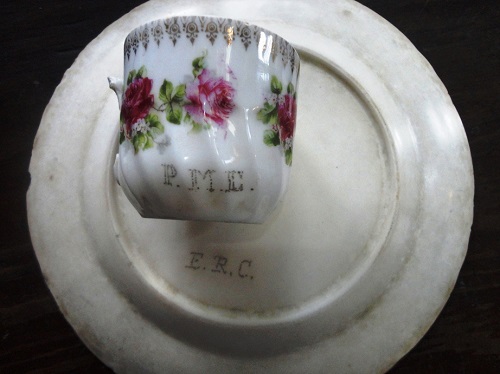 There used to be itinerant engravers with their small jeweler’s chisels and hammers who offered engraving and etching services to identify family tableware. Precious porcelain plates, enamelware, cups, crystals, saucers, spoon, forks, and silver cutlery were etched or engraved with the monogram or initials of the owner, by pounding “dots” to form individual letters.

A pair of steady and controlled hands was needed to perform the delicate process, lest damage was done on valuable china. Today, engraving is done by machine, sometimes even done free by commercial shops, rendering manual engraving service obsolete. 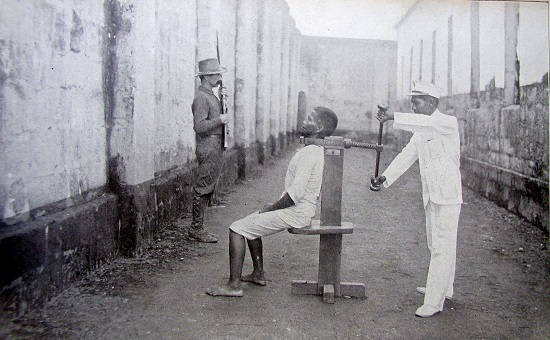 The Spanish colonizers brought with them several methods of capital punishment. Criminals and convicted enemies of the government suffered death through hanging, shooting, burning, and decapitation, just to name a few.

Also among these methods was the garrote, which became so notorious not only for killing the martyr priests GOMBURZA but also because people think it involved a slow, painful death by strangulation. 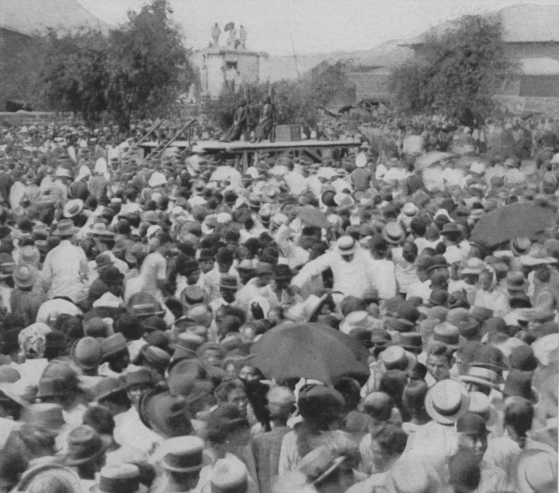 Garrote execution in Manila on July 4, 1895, witnessed and photographed by Joseph Earle Stevens

When the Americans took over the Philippines at the dawn of the 20th Century, they chose to keep garrote as a method of execution. It was abolished in 1902. 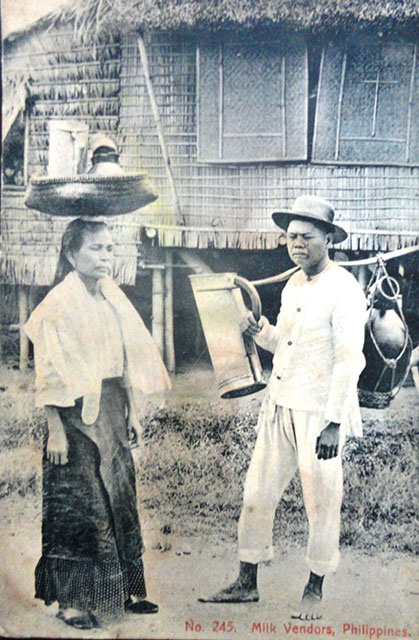 The practice of peddling milk still persists in a few rural markets, but nowadays, hard-to-find carabao’s milk is packaged in ketchup bottles.

In the days of yore, ambulant milk vendors called lecheros or lecheras plied the town streets with their fresh gatas kalabaw (carabao’s milk) dispensed from metal pitchers, earthenware crocks, or from dried gourds. 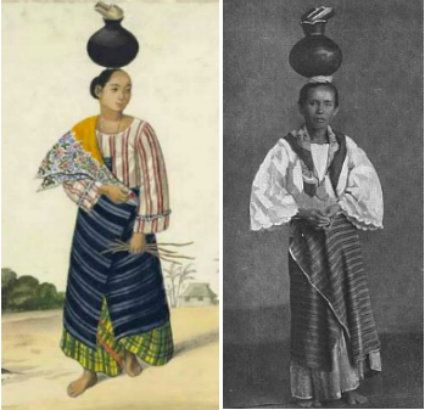 A Filipina milkmaid at that time was known for her professionalism, punctuality, and speed. It is said that milkmaids’ “movements have a certain regularity resembling the handling of arms by the militia.”

By 1878, Filipinos could contract La Perla Oceano, located at 23 Crespo Street in Quiapo, to deliver daily supply of fresh carabao milk to their homes. Others still preferred to get their milk from independent lecheros or lecheras who would station themselves strategically near the public market while others would line the main road. By mid-morning, their milk-selling duties would be over. 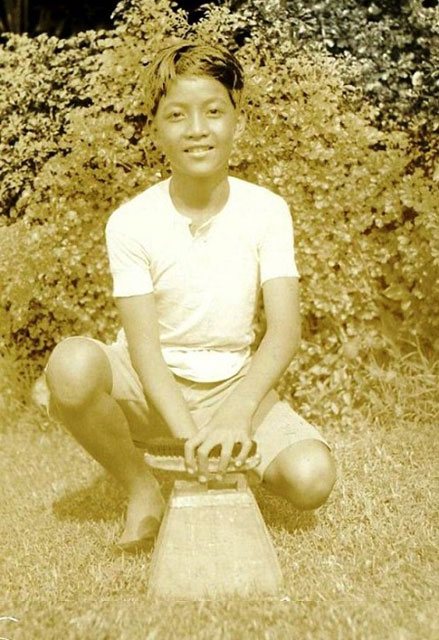 Young and older adults still offer shoe-shining service in some parts of the country, particularly in Baguio City. However, “shoeshine boys” (emphasis on the age) are basically non-existent.

Back in the 1930s through the 1960s, Filipino street boys could earn an honest living by shining shoes, thanks to the invention of the shoe polish in the early 20th Century.

Limpia botas or bootblacks were equipped with a homemade shoe cleaning kit which had brushes, “biton” (shoe polish wax) and dyes, as well as pieces of rags for buffing leather shoes. The handle of the kit doubles as a shoe rest, so the limpia botas could work on the shoes from all angles.

As late as the 1990s, shoeshine boys could be seen in the city’s commercial areas like Ermita, where tourists and office workers were concentrated. As shoe shining consumed more time, boys gave it up for quicker money-making jobs—watch-your-car, parking aide, and vending among others. 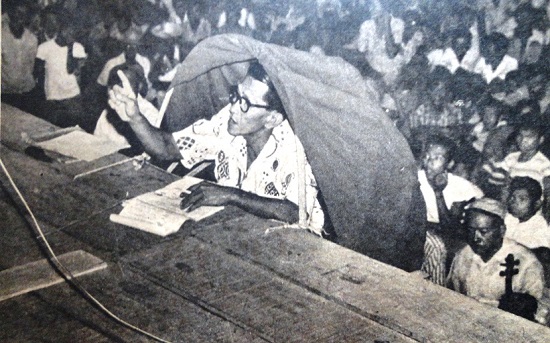 The zarzuela (sarsuela) is a theatrical play from one to five acts that features singing and dancing. It was adapted from Spain and by the 1900s, sarsuelas were being staged in Manila and in provinces like Ilocos, Pampanga, Cebu, and Iloilo.

Mounting such elaborate musical operettas involved people working behind the scenes—from the maestro del coro (choirmaster), telon (curtain) raiser to the prompter, or apuntador—in case the actor forgets the lyrics of the song or misses a cue to exit.

With a script in hand, the apuntador coaches in front of a covered portion of the stage, using a “concha” or a conch shell to direct his voice discreetly to feed an actor his lines. Zarzuelas are rarely staged these days, and prompters have become optional, with such modern-day stage aids like teleprompters and earphones. 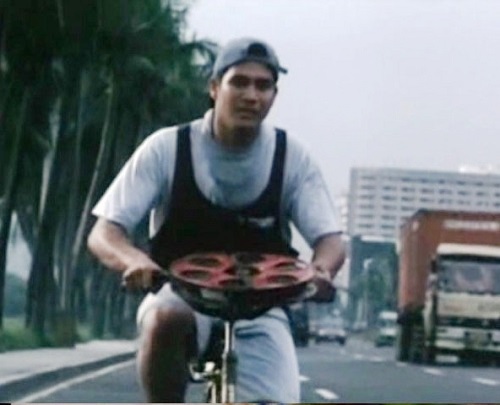 A scene from the 2000 film Lagarista starring Piolo Pascual

Before digital films, movies were shot on rolls of film acetate, from which a number of prints were made. Since these were limited in number, a movie house courier had to pick up and deliver film prints rolled in circular cans to other movie houses in the city according to each cinema’s showing schedule.

Called “lagaristas” (from “lagare,” a carpenter saw, but also slang for someone who goes back and forth from one job to another), they usually ride on bikes so they can quickly navigate the city roads to ensure timely delivery of the film rolls, in all kinds of weather.

Technology has made it possible to shoot films on a digital format, that could be stored in a memory card or CDs. These can be reproduced cheaply and distributed easily, for showing in cinemas. 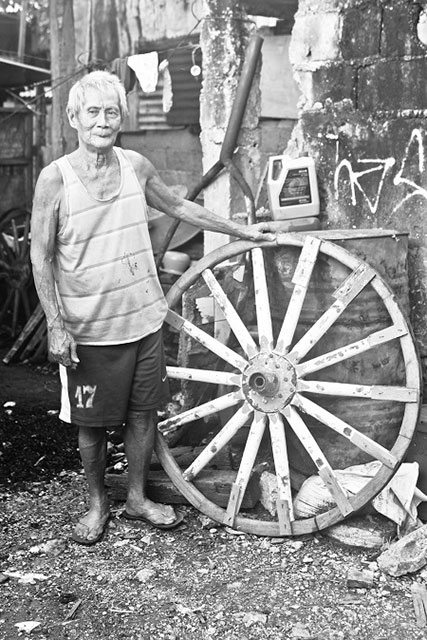 Wheelwrights—maker of wooden wheels—were essential in every rural town that depended on carts with wooden wheels to transport their produce. They not only made solid hardwood wheels ringed with iron, but also built wheels for kalesas, carriages, and carrozas.

The advent of rubber tires, first made in the mid-1800s caused the disappearance of wooden wheels as well as the wheelwright trade. They rolled quieter, moved smoother as they had more traction, and were longer-lasting. Today, only a handful of wheelwrights are in operation to service kalesas that are still in existence in some parts of the country. 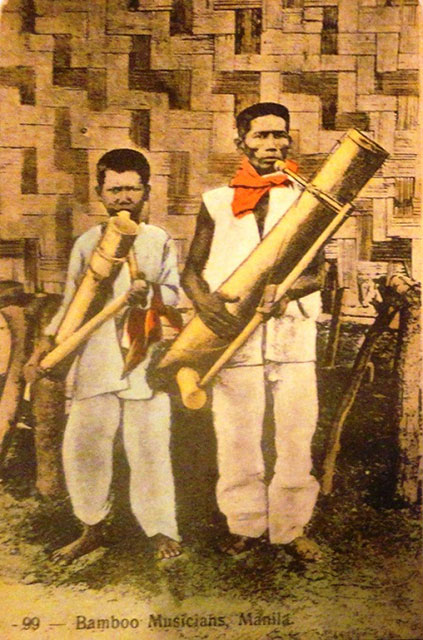 Early Filipino musicians discovered that the hollow bamboo could be made into a musical instrument— a flute, an angklung, a tuba, a clarinet, or even a xylophone.

In the 19th Century, small band musicians would often make the rounds of town fiestas to make a few centavos by playing these improvised bamboo instruments. Soon, a whole ensemble of bamboo musicians were organized into bands like the legendary “Banda de Boca” of Malabon, that began in the 1890s and which comprised of katipunero-musicians.

Although bamboo was readily available even to poor musicians, it was subject to cracking and insect infestation. Metal instruments found favor over these hand-made bumbong music makers, leading to the exit of these bamboo-carrying troubadors.

Syndication Nostalgia Filipiknow Old Photos Jobs History
Your Guide to Thriving in This Strange New World
Staying
In? What to watch, what to eat, and where to shop from home
OR
Heading
Out? What you need to know to stay safe when heading out