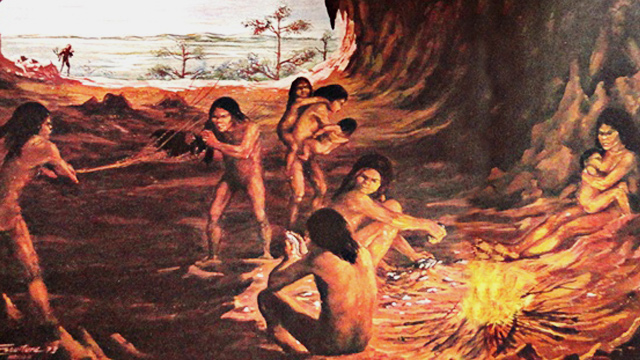 10 Caves in the Philippines With Fascinating Histories

Go beyond the pages of your history book. 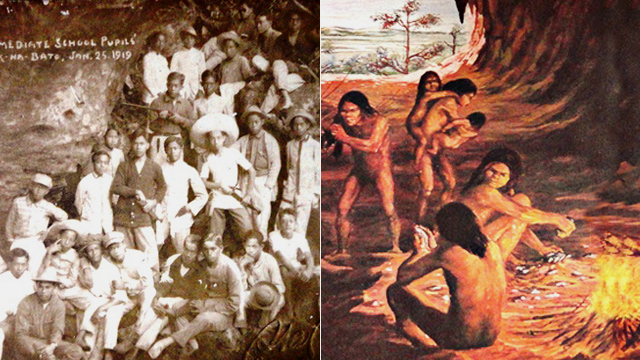 (SPOT.ph) Caves—those mysterious, hollow places in the ground formed naturally by the weathering of rocks through time—have given shelter to primitive man, played important roles in archaeology, culture and tourism, and have become silent, but important witnesses to our nation’s history. 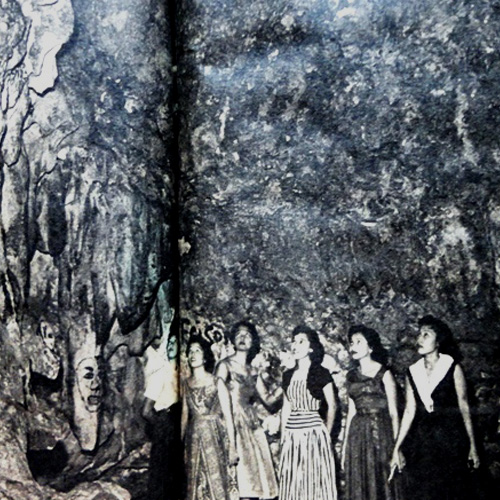 During the Filipino-American War, a band of soldiers led by Col. Apolinar Velez made a triumphant stand against the Americans in the Macahambus Cave. The cave is actually part of an underground tunnel system that starts from a wooded plateau and ends at a river below it.

Macahambus Cave became the stronghold of Velez, who, together with his 40 men, held the Americans at bay for months, preventing them from pressing into the interior of Mindanao. In a skirmish in the 1900s, they fended off the enemies and captured a soldier, Corporal Moody. Their supplies were delivered through secret passages in the cave, which they defended using two old Spanish cannons, in addition to using frying pans and rocks as shells. 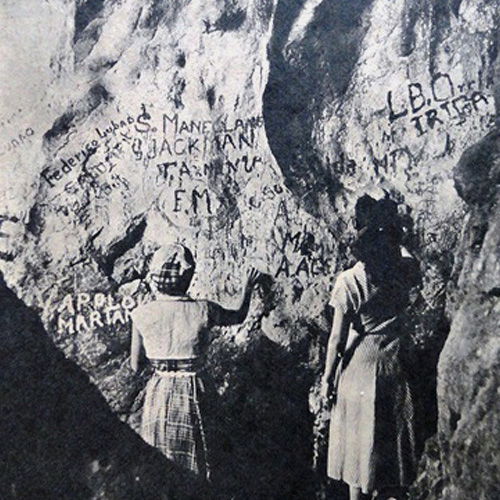 Madlum Cave can be found 16 kilometers off San Miguel, Bulacan in Sibul. It gets its name from the Kapangpangan word—“madalumdum” which means gloomy in English (San Miguel used to be a part of Pampanga). It is believed that a stone image of the patron saint of the town—San Miguel—was first found in Madlum. The story goes that when their patron does not want to celebrate his feast day, he would stir up a storm and miraculously retreat to the Madlum Cave. There are plenty of tunnels that lead to the cave, and the bodies of water that surround it are shallow enough for a quick dip if you're up for it. It is characterized by limestone stalagmites with fantastic and sometimes grotesque shapes. 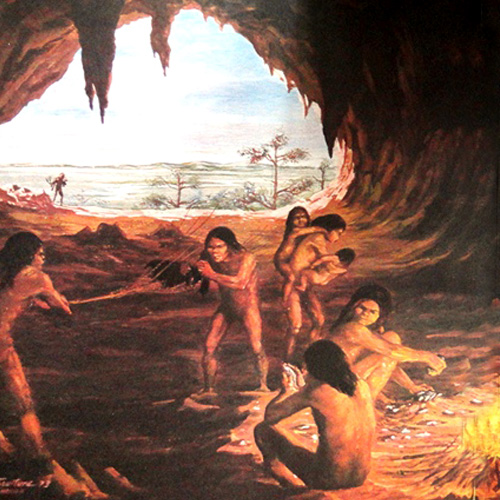 Tabon Cave, located on the southwest coast of Palawan, is considered one of Asia’s great Upper Paleolithic archaeological sites. The cave can be found in a towering cliff, a part of a massive limestone rock promontory that juts into the South China Sea, which is known locally as Lipuun.

Archeaologists from the National Museum conducted excavations from 1962 to 1970 which revealed that the cave was inhabited by man over different periods of time for more than 40,000 years. They found flake tools (dating back to 50,000 to 9,000 years), porcelain and stoneware vessels, and burial jars. It also resulted in the discovery of fossilized human bones—the Tabon Man—an early Homo sapiens sapiens who came to the Philippines by way of land bridges. 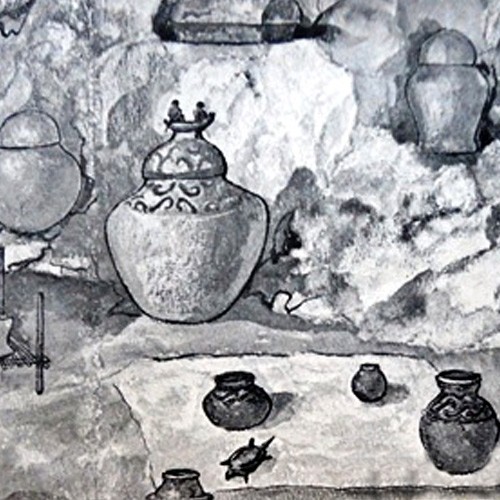 One of the highest caves found lining the Lipuun Point in Palawan is the Manunggul Cave. It was not discovered until 1964 because it was difficult to access—one had to pass under a limestone bridge and then scale 10 meters of the vertical cliff.

Manunggul Cave yielded dramatic finds that gave light to the early Filipinos' ancient religious beliefs and burial practices from 3,000 years ago. Inside the four chambers of the cave, bones of the dead were found placed in beautifully molded burial jars, which in turn were decorated and painted with criss-crossed lines and other patterns. The jars were used for secondary burials of adults and juveniles, and only the washed bones of the dead were kept in the jars. 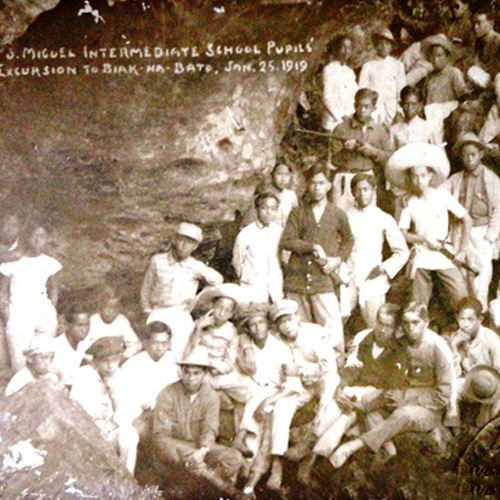 Biak-na-Bato was the mountain hideout of Filipino revolutionists where the Pact of Biak-na-Bato was signed and sealed by Gen. Emilio Aguinaldo. The cave was used by the revolutionary president as his headquarters. A stone table which Aguinaldo reputedly used in signing military orders and documents is said to be found on a stiff slope high above one of the caves.

Biak-na-Bato was also the site of some Filipino-Spanish encounters, and as late as '60s, evidence of the Revolutionary era was being discovered inside the caves, like pots of Mexican silver and messages in bottles tucked in rock crevices. A National Park since 1937, Biak-na-Bato also has numerous caves that glimmer with stalagmites and stalactites. 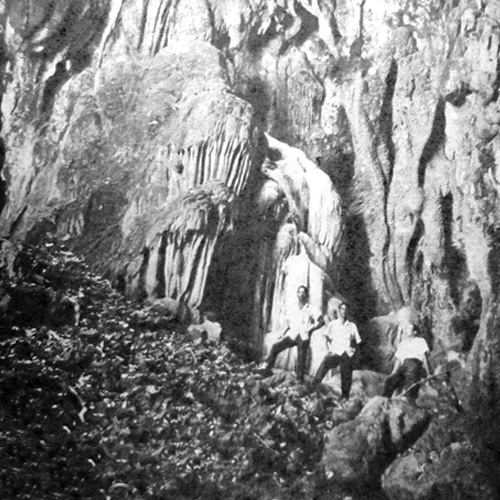 In the barrio of Callao in Peñablanca, Cagayan is the four-chamber, half-a-kilometer long Callao Cave. It is actually one of two caves—the other being Duncan Cave—named after an American who explored it. But Callao is considered the most beautiful and accessible. The entrance to the cave is on a steep mountainside, some 800 feet above the Panakawanan River.

Governor Gen. Theodore Roosevelt Jr. was the first high-ranking national government official to visit Callao Cave in 1932, so the entrance to the cave bears an inscription of his name. His successor, Frank Murphy, declared the cave and the 192 acres around it a national park in 1935. Towards the end of World War II, Japanese stragglers were holed up in the cave until they were flushed out by allied forces and Filipino guerrillas. 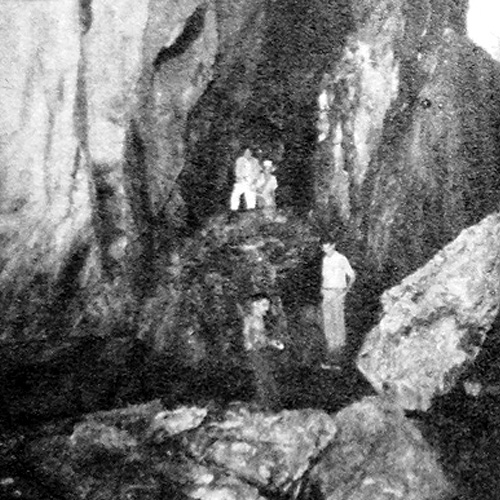 Before the site was dammed, Montalban Gorge's towering limestone formations housed many caves. The more prominent of these caves is the so-called Cave No. 1. The cave was the subject of a mid-19th Century account written by the Frenchman Paul de Gironier, who published it in his 1859 book, Twenty Years in the Philippines. The accessible cave is around 100 feet above the river and was used as a hideout by Katipuneros during the early days of the Philippine Revolution. It was also occupied by retreating Japanese soldiers during the end of World War II, and a gun was mounted at the mouth of the cave in a futile attempt to ward off Filipino-American liberators. A 1961 exploration revealed the presence of stalactites and stalagmites, petrified trees, and a grotto above the entrance. 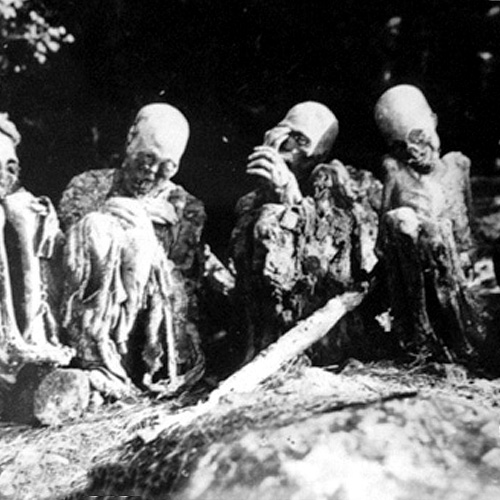 Benguet is the site of the famous burial cave of wealthy Benguet Igorots, whose mummies are still-well preserved after over a century. The Kabayan Cave, located in a pine forest some 56 kilometers north of Baguio, is considered the biggest burial cave of Benguet, with 100 mummies encased in boat-shaped and cylindrical wooden coffins. 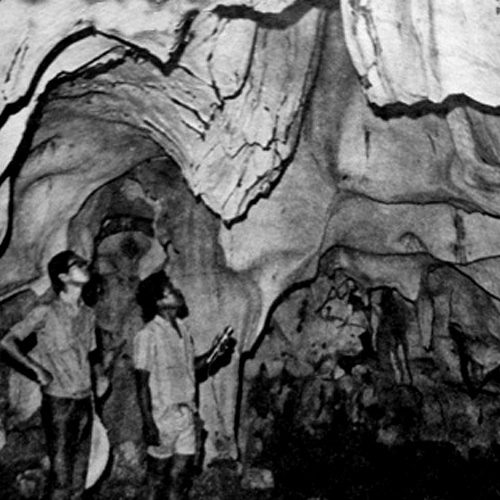 Before it became a top tourist destination, El Nido was known as the country’s primary source of edible bird’s nest, found in the nooks and crannies of its marble caves. The caves—known by townsfolk as Balinsasayaw Caves—are named after the swift bird from whose mouths come the edible nests. The caves, which are shared by the birds with guano-producing bats, are tucked in the marble cliffs of El Nido. The major cave has a cathedral-like interior on whose ceilings hang stalactites that look more like petrified candle-drippings. 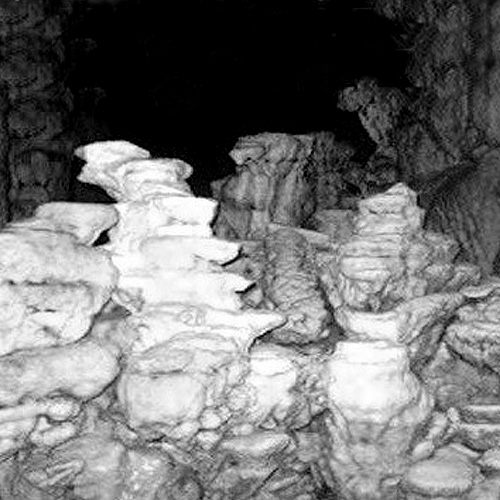 From 1962 to 1964, anthropological expeditions were made in southwestern Cotabato, the Manobo area of the Kulaman plateau. The two caves with the most significant finds were the Ken-Fanefe and the Kan-Nitong Caves. The caves yielded peculiar softstone jars with covers in the form of human heads. The jar bodies were decorated with anthropomorphic figures and the stone heads assumed the shapes of lizard’s and snakeheads.

Kan-Nitong housed over 300 burial jars, bones and teeth of humans and animals, stone tools, pottery shards and personal adornments like earrings and bracelets of ivory, shell and clay. The cultural artifacts were identified as originating from the later Neolithic period, and further revealed that the inhabitants practiced secondary burial, a custom that is widespread in Southeast Asia. The most interesting observation were the holes on the skulls, that were purposedly drilled in them, which indicated that the people practiced trepanation, perhaps for magical purposes.

Cotabato Benguet Rizal Cagayan Cavite Palawan Bulacan Bukidnon Nature History Caves
Your Guide to Thriving in This Strange New World
Staying
In? What to watch, what to eat, and where to shop from home
OR
Heading
Out? What you need to know to stay safe when heading out