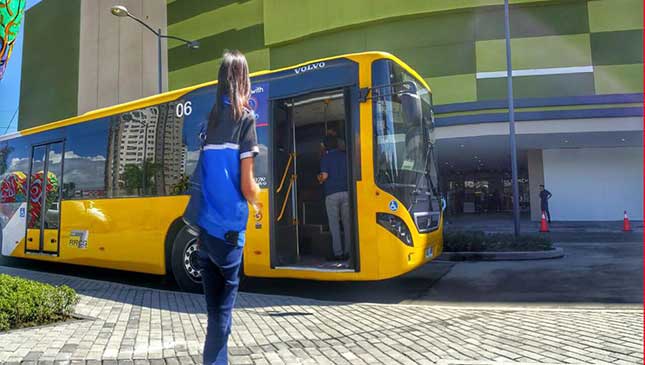 Commuters, There Are Now More P2P Buses and Routes

Here's what you need to know.

You see them either speeding haphazardly through EDSA or holding up traffic, and over the years they've become a prime example (along with the MRT and jeepneys, of course) of everything that's wrong with the local transportation scene. Of we're talking about public buses.

For too long Filipino motorists and commuters have been held hostage by these dilapidated, reckless, and inconsiderate transports. Thankfully, it looks like the government is taking steps to address the problem.

The Department of Transportation has announced that it has more than tripled the number of P2P bus service routes in Manila, and more than doubled its fleet. In June 2016, the P2P bus system was composed of two routes and just 36 buses. Now, those numbers have grown to eight and 85, respectively.

P2P buses are follow fixed departure schedules, are equipped with CCTV cameras and GPS, and feature dedicated seats and WiFi access. Below is the updated list of routes for the P2P bus system:

The agency says that it is working with the Land Transportation Franchising and Regulatory Board (LTFRB) to open an additional 40 P2P bus routes by the end of 2017. It adds that with more passengers taking the P2P bus service, it hopes to reduce vehicle congestion in the capital. Have you tried commuting via P2P bus?

This story originally appeared on Topgear.com.ph. Minor edits have been made by the SPOT.ph editors.