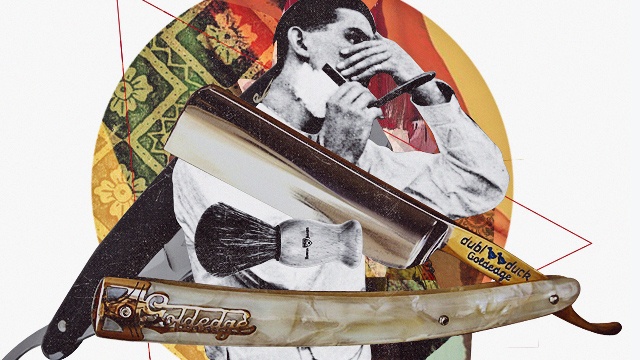 Why Shaving With a Straight Razor Is an Art Worth Relearning

There are some things every man must try at least once, and this is one of them. 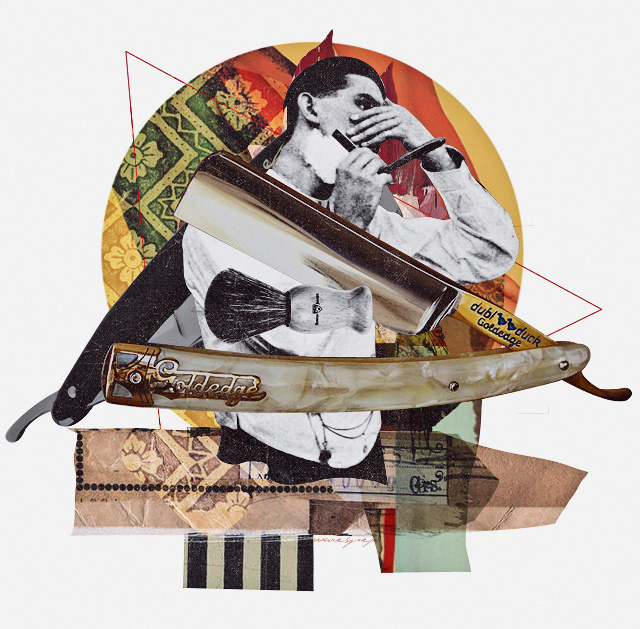 Once you go straight, you’ll never go back. I’m talking about straight-razor shaving, of course, which turns that most mundane of tasks into the art form that it’s meant to be. No other activity is at once so luxurious, self-indulgent, and potentially dangerous; after the initial blood loss, you will find your skin smoother than any contraption with four vibrating blades and a nasty can of aerosol foam can give you.

Most enter the world of straight-razor shaving from double-edged shaving, which is already a step up from disposable cartridges. A pack of blades is cheap—you can find it at lower-end groceries or at a barber supply shop. Double-edged razors are easy to find on eBay or at antique shops; a nice modern one shouldn’t set you back more than P2,000. Vintage ones exist as well, ranging from silver- or gold-plated affairs that run to hundred of dollars. This, alone, will save you a lot of money every month and is great for the environment.

But curiosity will lead you to the world of straight razors. The ritual itself is as old as civilization—Egyptians, Greeks, and Romans all prized a well-shaven man. It signified cleanliness, grooming, and access to good metal. Fortunately, we’ve come a long way since the primitive bronze blades. The late 19th Century and early 20th Century were the high points of straight razor production, with Swedish and German steel being tempered to a fit and finish that is hard to replicate these days.

We suggest that your first blade be a ready-honed blade. That way, you’ll know what a blade at optimum sharpness should feel like, and you won’t be crippled by poor equipment while you’re trying to learn. While there are a few companies like Thiers-Issard and Dovo that still make excellent contemporary razors, your best bet is a mid-20th-Century razor that has been restored and sharpened by a professional. Dubl Duck, C.V. Heljestrand, Wade and Butcher, and the ultimate luxury, a Filarmonica, are brands to look for (and collect). You call try straightrazordesigns.com, where they have a comprehensive selection of all most shaving accoutrements; but a better source for restored straight razors is bobsrazors.com—you’ll pay a little more than you would on eBay but they’ve got an informed selection that really shave-ready and sterilized, selected, restored, and accurately described.

Aside from the razor, you’ll need a leather strop, a shaving brush, shaving soap or cream, and a clean towel. Then turn on your computer and watch one of the many videos on how to shave : there’s a large subculture of people who enjoy this ritual. Lather up your face with hot water, and away you go.

While it takes a barber years to master the art of shaving, that’s because he has to know how to approach every type of skin, every face shape, every thickness of hair. You only have one face to learn: your own. Shave with the grain of your hair rather than against it, especially at first—when you’re more proficient you can shaving sideways to the grain, then finally almost directly against it. You’re most likely to cut yourself around the bits of your face that are not straight, so take extra care with areas like your chin, and around your nose. For the left side of your face you need to shave with your non-dominant hand (the opposite if you’re left-handed, of course), which takes a little getting used to. Do what works, just remember that as long as the blade is moving laterally to your skin rather than slicing across it, you should be okay. Be careful with the throat area and around the carotid arteries, for obvious reasons.

Some people like to use an alum stick as a mild disinfectant or a moisturizing cream to combat razor burn, but if you’ve done it right you should just need hot water and a dab (never pull across) with the towel. Now part of the fun is keeping your razors shave-ready at all times. In the old days your valet or manservant would have done this for you, but for the modern man, it’s part of the ritual. Strop the razor over the canvas side of the strop for 20 strokes, then over leather for another 20. Dry the blade, and store in an oiled pouch.

After a few months, the blade may start to stick—try not to let it get to that point. You can strop across a canvas with chromium oxide or diamond spray, or you can hone the blade anew. For this the best stone to use is something called a Belgian coticule: it’s an ancient rock from a particular mine, and while more expensive than synthetic , produce a more organic and comfortable edge. For ease of use, though, a synthetic hone of 4000/8000 grit is perfectly acceptable. Note that this is far finer than those intended for kitchen knives or tools.

Is this more trouble than it’s worth? Why complicate something as simple as shaving? For the same reason that we don’t eat hamburgers every day, or that we don’t all drive the same Toyota Vios. You might end up collecting over a hundred straight razors and dozens of honing stones and English bridle leather straps—or you might end up tugging away at your face with a disposable mass market product. But you’ll never know until you’ve tried.

Grooming Shaving Grooming Essentials
Your Guide to Thriving in This Strange New World
Staying
In? What to watch, what to eat, and where to shop from home
OR
Heading
Out? What you need to know to stay safe when heading out