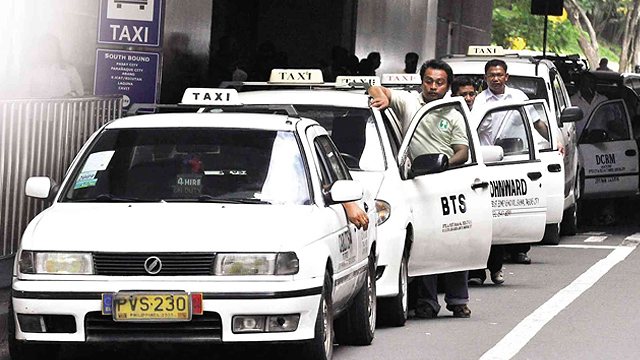 Wouldn't You Love to See the LTFRB's List of Cases Against Taxis?

(SPOT.ph) Government agency Land Transportation Franchising and Regulatory Board on August 14 announced a cease and desist order against private company Uber Systems, Inc. after the latter’s supposed disregard for a previous ruling. The ride-sharing service complied and by 6 a.m. on August 15, commuters couldn’t book an UberX or an UberPool. Hours later, Uber filed a motion for reconsideration and resumed operations.

The Land Transportation Franchising and Regulatory Board (LTFRB), in a press conference, listed all of Uber's supposed violations. The list included cases of Uber drivers' arrogance, overcharging, reckless driving, and so on.

If the LTFRB is paying this much attention to Uber, we have to wonder: Are they also looking into other modes of transportation intended for public use? Their list of cases against Uber could easily apply to other public utility vehicles.

In April, a viral post proved a usual scenario encountered by commuters who try to hail taxis in the Metro. Commuter Zyra Moleta posted a series of videos showing five different taxis that refused to accommodate her and her two companions, one of whom was pregnant. It was later revealed in an interview with Top Gear that the actual number of drivers that refused them was more than seven.

In May 2017, taxi driver Bonifacio Asuncion was seen fondling himself while looking at the legs of his passenger. The driver denied the allegation. The whole incident was caught on video that later went viral.

In 2012, one Jaime Naval was arrested for overcharging a returning Overseas Filipino Worker who had just arrived from Hong Kong. He charged P1,200 for a ride from Ninoy Aquino International Airport Terminal 2 to the Victory Liner Terminal in Pasay City. Another driver, Victorino Duldulao, was arrested in February 2017 for overcharging. That’s on top of not having a legitimate franchise.

"Employing an arrogant/discourteous driver and threatening his passenger"

A taxi driver, in January 2016, threatened to punch passenger Joanna Garcia after she refused to pay more than the metered fare. This was caught on video, which showed how the driver ran after the passenger when she got off the taxi.

Taxi driver Rolando Camara was caught on camera swearing at passenger Hannah Quiwa and her family in January 2017. This incident happened because she did not want to pay the demanded P50 above the metered-fare.

Taxi Metro Manila Ltfrb Grab Uber
Your Guide to Thriving in This Strange New World
Staying
In? What to watch, what to eat, and where to shop from home
OR
Heading
Out? What you need to know to stay safe when heading out