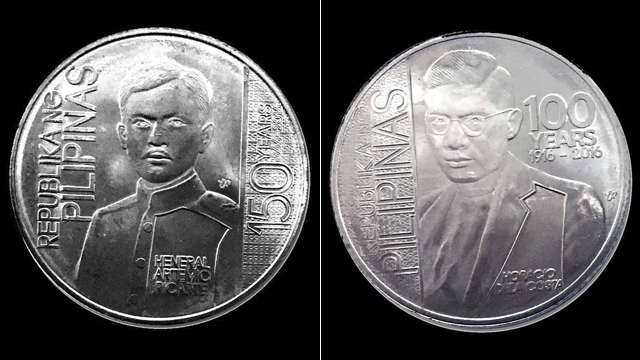 These Commemorative Coins Deserve a Spot in Your Collection

They're part of history!

(SPOT.ph) Since 1947, the Bangko Sentral ng Pilipinas has issued commemorative coins of varying size and shapes to honor specific persons or events that were significant in the history of the Philippines. Some of these include a one-peso coin to celebrate the 100th birth anniversary of Rizal in 1961, a 1,500-peso coin to honor Pope John Paul II's visit to the country in and a 500-peso silver coin in honor of Emilio Aguinaldo in 1998. The central bank announced on August 24 that it is releasing limited edition commemorative circulation coins of Rev. Horacio Costa, Gen. Artemio Ricarte, and Gen. Isidro Torres. 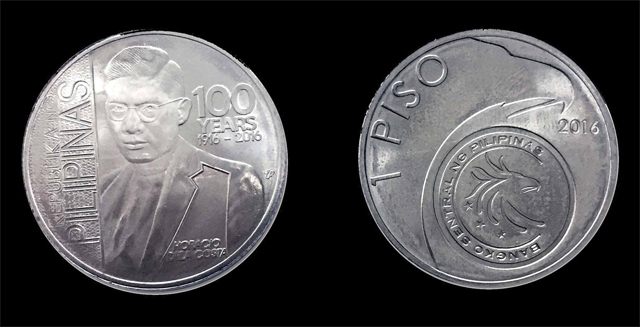 Dela Costa, born on May 9, 1916, was the first Filipino dean of the College of Arts and Sciences at Ateneo de Manila University and the first Filipino to become the provincial head of the Society of Jesus in the Philippines. He was instrumental in documenting the country's history as one of the founding members of the Philippine Historical Association, as well as in bringing clothes and food to World War II soldiers who escaped from Japanese prison camps. 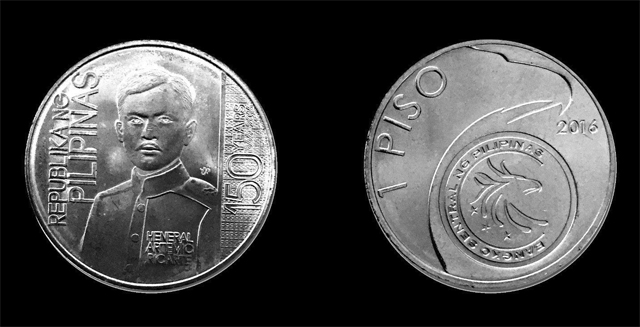 Ricarte, born on October 20, 1866, was Gen. Emilio Aguinaldo's brigadier general and later capital general of the Filipino army at the Tejeros Convention. When he was banished to Guam during the Filipino-American War, he refused to take the oath of allegiance to the United States and was deported to Hong Kong. 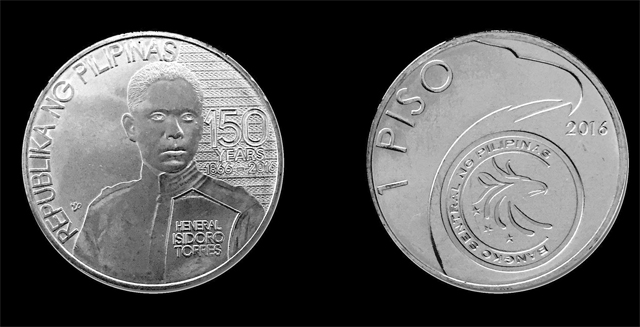 Torres, more known as Matang Lawin, was a Katipunero during the time of the Philippine revolution. He represented Palaos Islands () in the Malolos Congress. He was later offered a seat in the Bulacan government by the but refused.

One side of the commemorative coin features the portrait of the historical figures while the reverse side shows the denomination (P1), a silhouette of an eagle, the Bangko Sentral ng Pilipinas (BSP) seal, and the year it was made (2016).

Torres Dela Costa Ricarte Bangko Sentral Ng Pilipinas
Your Guide to Thriving in This Strange New World
Staying
In? What to watch, what to eat, and where to shop from home
OR
Heading
Out? What you need to know to stay safe when heading out