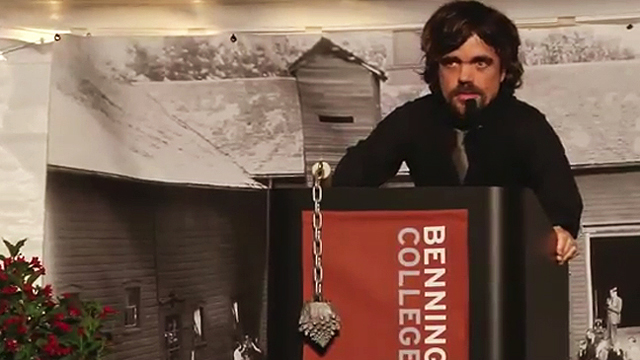 Game of Thrones' Tyrion Reminds Us That "It Sucks After Graduation"

This speech is now a classic.

The comment section was unforgiving and called out the anonymous alumnus for his lack of humility (i.e. "the writer thinks some jobs are beneath him/her") and zero grit (i.e. “Grades don't equal success in the real world, kiddo. Grit does.”). His excessive supply of self-entitlement was also recognized. “I suggest you take all the comments in this thread to heart, shed that entitled attitude, and accept the fact that you won't be earning six figures on your first job,” one concerned reader points out.

The thread says it all, but maybe the newly unemployed can hear it better from Game of Thrones star Peter Dinklage, who plays Tyrion Lannister. In a graduation speech delivered at Bennington College (Vermont, U.S.) for the class of 2012, the actor revealed how he started with odd jobs (from dusting pianos at a piano store to hanging paintings at a gallery), then got a desk post he didn't like just so he could pay rent.

At 29, he quit to finally pursue acting and re-started his life with “a low-paying theater job in a play called Imperfect Love” before getting to where he is right now. But what really resonated is his very relatable statement: "Sorry, it sucks after graduation. It really does."

It’s all a matter of putting up with it—no matter which school you’re from.

Peter Dinklage Game Of Thrones Ateneo Graduation Speech
Your Guide to Thriving in This Strange New World
Staying
In? What to watch, what to eat, and where to shop from home
OR
Heading
Out? What you need to know to stay safe when heading out