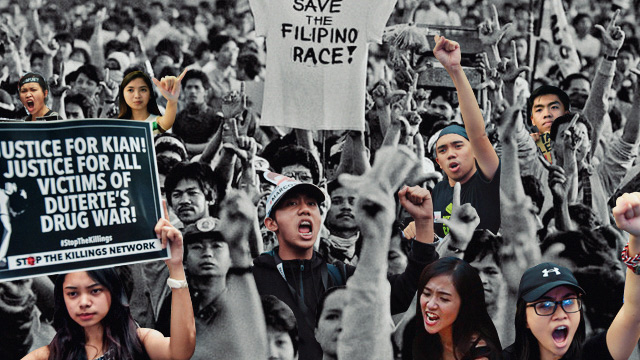 Dear Martial Law Survivors, Here's What You Might Be Doing Wrong

It's not enough to just talk about it. 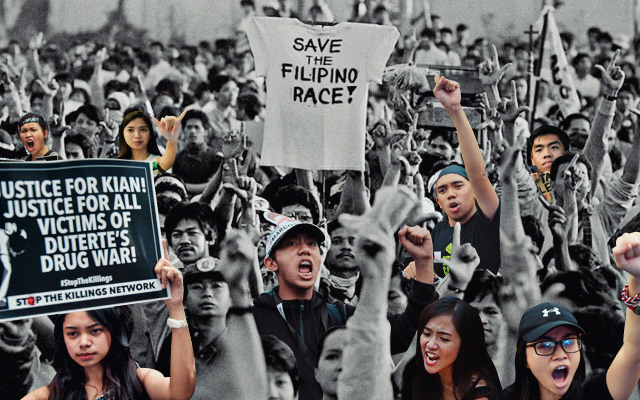 (SPOT.ph) If you have been online recently for a reasonable amount of time, you would know there is a problem among millennials, a concern that’s been growing for those who were there for the People Power revolution of 1986, and the era of Marcos rule that came before it.

To be clear, by definition, there were some millennials who were old enough to remember People Power. What I specifically refer to are the generation of folks who were young in the 1960s and 1970s, and did the organizing, rallying, and protest actions of that time, against Martial Law, and the even younger generation of Filipinos now, who don’t even remember a time when the Marcoses were in power, or for that matter, the time they were exiled from their country of birth.

So this goes out to you, 50- and 60-somethings who helped bring our democracy back. You, who lived through the frustrations of having to rebuild that democracy, and who remember what it was like when we did not have the freedoms we took for granted. You, who often shake your heads in disbelief at the millennials today. You, who write pieces like this, assuming saying your piece as it is should be enough, and the kids who don’t listen, well, the hell with them.

First things first, you should realize that these kids really do not grasp the context that you have. Because we never formalized a mandate to teach future generations about Ferdinand Marcos, Marcos’ Martial-Law rule, People Power, et cetera, this opened up an opportunity for these kids to be taught half lies and complete lies about Marcos. The problem is, they have a radically different point of view of this period than you.

Now, not all millennials were drawn to believe these lies. When you place them in a situation where they have to face the truth firsthand, they will get it. But see, it is not just that.

You may have yourselves taken for granted that millennials have their own experiences, their own ways of seeing the world based on what was in the immediate past that affected them, and what they see happening in the world now. And they don’t see the fragmentation of the hard work that you put into restoring this democracy in that revolution, and the salient years that came after. Many of them believe our institutions have always been fragile, and have drawn their own conclusions from that thread of thought.

And, of course, there’s the rub; this accusation cuts both ways. You may not recognize just how different your experiences are with those of the youth that you interact with online. This cuts to more than just what music you listen to or what TV shows you watch.

This new generation is more socialist, anxious, and disadvantaged than yours was. They are looking at a Philippines for which EDSA seems a distant dream, if not, as some propagandists have led them to believe, a fake conspiracy.

So, here’s a peek into what millennials see in their world. In reaction to the many articles disparaging millennials for their lifestyle choices, Sarah Kendzior pointed out that many of these young adults are making do with lost opportunities, as the recession of the last decade left them with less income and job opportunities.

This experience is not uniquely American, but also has parallels for us Filipinos. Based on the October 2016 Labor Force survey, out of the 43 million Filipinos in the Total Labor Force, around 45% comprise millennials, falling under the 15 to 34 age range. Out of this 43 million, 2 million are unemployed, and 77 % of the two million are millennials. They may be outnumbered by employed millennials, but unemployment happens to hit millennials harder.

And this world of lost opportunities is what leads many millennials towards a rejection of capitalism. This is not a theoretical topic of debate for them; they feel capitalism’s failure to rescue their lives from dead-end jobs, lowering wages, rising costs for health care, etc. They may not actually be fully radicalized as the militant leftists in struggle today, but they are more conducive to adopting the same language as a rationale for why this supposed recovering economy is failing them.

Having said all that, I see some folks occasionally attempt to engage more politically engaged millennials on their politics, but I think this is the wrong approach. Even as a group, millennials have varied reactions and relationships to capitalism and socialism, and you are unlikely to "convert" someone away from their stated political beliefs.

Here’s something everyone needs to understand, whatever their age or experiences are or have been. If you want to change someone’s mind, to have them move over to your side, and your beliefs, the last thing you want to do is logically argue the point.

You know what this is. It’s called confirmation bias, and it permeates within all of us and our respective echo chambers. So you may already be well aware that people selectively drown out facts that don’t jibe with their beliefs, and favor those that support their biases. So what is there to do?

As this piece argues, a big part of it is getting away from the arguing and disproving part, and leaning more into getting them to see your point of view. But to do so, you would have to understand their point of view as well.

Thankfully, many millennials are getting around to understanding more about the people and the events of Martial Law, but it’s not enough to preach to the choir. If you, the people who have stories to tell about EDSA and Martial Law, really want to win hearts and minds, it’s not enough to just tell those stories. You have to show these kids that you are just like them. You have the same fears and anxieties. You are ordinary people too. Ordinary people with something important to say.

Martial Law Millennials Marcos
Your Guide to Thriving in This Strange New World
Staying
In? What to watch, what to eat, and where to shop from home
OR
Heading
Out? What you need to know to stay safe when heading out