Schedule of Events and What You Need to Bring on Sept. 21
Loading
Already a member? Log in
No account yet? Create Account
Spot.ph is your one-stop urban lifestyle guide to the best of Manila. 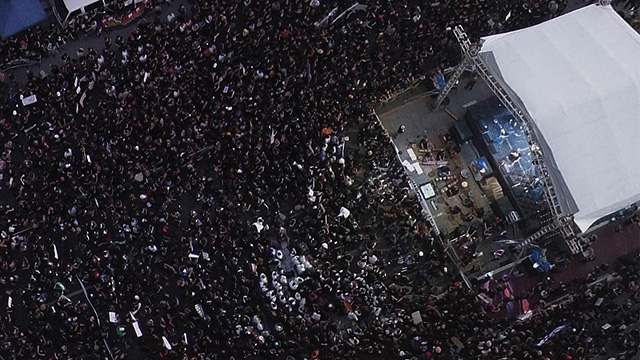 There are a number of events happening all over the country.

(SPOT.ph) To commemorate the 45th anniversary of late dictator Ferdinand Marcos' declaration of Martial Law (on paper, at least), an anti-tyranny rally will be held on September 21 at Luneta Park in Manila. This not only serves as a reminder of our but also as a word of caution against another declaration that’s said to be a "remote possibility" by the present administration. For first-time protesters, it could be scary especially with the foreboding feeling that history could repeat itself (read: Plaza Miranda). So we round up tips that would hopefully help make this a day of peaceful protests.

Join the mass action at Luneta Park in Manila.

Movement Against Tyranny, an alliance of groups and individuals standing for human rights, urges the public to join the protests at the Quirino Grandstand, Luneta Park, Manila on September 21. starts at 4 p.m.

Or the one nearest you.

Various activities are happening all over the Philippines—from solidarity masses to an unveiling of a human rights icon's monument. Tindig Pilipinas, a group of senators and congressmen condemning human rights violations in the country, will hold Misa Para Katarungan at the Parish of the Holy Sacrifice at the University of the Philippines – Diliman at 2 p.m., and the unveiling of the Jose Diokno Monument and Para Karapatan Concert at the Commission on Human Rights in Diliman by 6 p.m.

Youth Act Now Against Tyranny, an alliance of student organizations and young professionals, also announced protest centers in different parts of the country such as Cagayan State University, University of the Cordilleras, Palawan State University, Ateneo de Naga University, and more. Whichever mobilization you're planning to be part of, the point is to be heard! We’re all on the same side here—to make our government accountable.

You can have your shirts printed with the words "Defend our rights, no Martial Law" for free at the Gabriela Tent in Mendiola and at Luneta.

Get backup from the big guy up there.

No matter what religion you practice, you can participate in a con-celebrated mass at the San Agustin Church in Intramuros or the ecumenical prayer-gathering at Central UMC in Ermita, Manila, both at 2 p.m. You can all march together to Luneta Park at 3 p.m.

Filipino writer Ninotchka Rosca reminds joiners to "Know the terrain even before you get there; locate places of safety to which you can run, in case of trouble; also places where you can . Always have a buddy and a re-group place, in case you get separated." You never know what the police might do in their attempts to disperse a protest. Sneakers and socks are better for running than sandals. "Always try to get away, if someone grabs you, and keep SCREAMING—your name and a number people can call," she also points out. It would help if you can keep your cell video going; Facebook Live all you want for the world to see.

A large handkerchief soaked in milk and kept in a small plastic bag is recommended as a temporary cure for tear gas or mace, says Rosca. Bagong Alyansang Makabayan secretary-general Renato Reyes Jr. lists down "water, extra shirt, power banks, noisemakers, and your own signs or placards" as the basics. It's also best to bring garbage bags to keep the park clean. Don’t forget umbrellas and raincoats in case of rain.

Come in a group.

There is safety in numbers. Bring friends, classmates, officemates. Don’t forget to post photos of the rallies while you’re there to encourage more people to come out and not be scared.

Listen to the speeches and performances.

The September 21 protest is a reminder of the democracy that was once taken from the Filipino people. Listen to first-hand accounts by those who survived the torture and experienced poverty during Marcos' Martial Law. "A rally is a big outdoor school. Interact with other rally participants," reminds Reyes.

Participants of the September 21 rally are encouraged to bring bells that they could ring in time with the tolling of all church bells in Metro Manila by 8 p.m. This is in remembrance of the victims of the ongoing war in Marawi City and the bloody war against drugs. In Ernest Hemingway's novel For Whom the Bell Tolls, bells are used to demonstrate his solidarity with the allied groups fighting the fascists during the Spanish Civil War.

September 21 Luneta Park Marcos Duterte Martial Law Movement Against Tyranny Tindig Pilipinas
Your Guide to Thriving in This Strange New World
Staying
In? What to watch, what to eat, and where to shop from home
OR
Heading
Out? What you need to know to stay safe when heading out