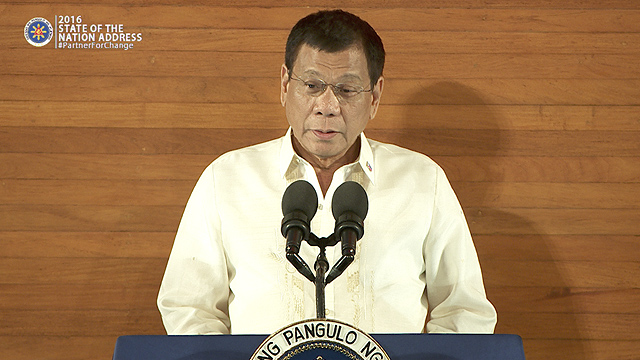 These news items shaped the year.

(SPOT.ph) "Google Mo, G*go" or GMG hasn't become an acronym for nothing. The ever-dependable search engine pulls up everything and anything you need on a daily basis—from today's weather to the title of the tune that's been stuck in your head for days. With the year 2017 coming to a close, Google released its annual "Year in Search" on December 13.

The overall top trending search for the Philippines is the lyrics to "Despacito" with Xander Ford and Maxine Medina topping the Male and Female Personalities lists respectively. Miss Universe 2017, Beauty and the Beast, and The Voice Teens were among the top searches of Filipinos when it comes to events, movies, and TV shows.

For news and current affairs, here are the top 10 trending searches:

President Rodrigo Duterte imposed Martial Law in Mindanao on May 23 following the attack of the Maute militant group in Marawi City, Lanao del Sur. On December 13, the Congress and Senate approved the president's request for an extension until December 31, 2018.

On May 22, a suicide bomber detonated an improvised explosive device in the foyer area of the Manchester Arena in the United Kingdom during an Ariana Grande concert. The Islamist terror attack killed 22 people and wounded 500 others.

The 2017 Las Vegas shooting, which killed 58 people and wounded more than 500 others, is considered the deadliest mass shooting by an individual in the U.S. The crime was committed by 64-year-old Stephen Paddock who opened fire from his hotel room on the 32nd floor of the Mandalay Bay Hotel and Casino across the venue of the Route 91 Harvest Music Festival on October 1.

The Maute group (a.k.a. Daulah Islamiyah), which pledged allegiance to the international terrorist group Islamic State, is a radical Islamist group reported to be responsible for the series of bombings and kidnappings in Lanao del Sur. The group attacked the City of Marawi in May, which resulted in an intensified siege in the area and the eventual implementation of Martial Law in Mindanao.

The Internet erupted on May 31 after U.S. President Donald J. Trump tweeted a hurried post: "Despite the constant negative press ." The apparent typo was deleted six hours later but not before people had fun on what it means.

Kian Delos Santos was a Grade 11 student who was killed by three policemen in Caloocan City on August 16. Authorities argued that the 17-year-old boy was a drug courier and drew a firearm during an anti-drug operation, which prompted them to fire back. Public outrage sparked after CCTV clips, witness accounts, autopsy results, and the National Bureau of Investigation asserted that it was murder.

Hurricane Irma, a Category 5 hurricane, formed on August 30 near the Cape Verde Islands. It went on to damage other areas including eastern part of the United States and the Caribbean Islands until it dissipated on September 16. More than 100,000 overseas Filipinos were affected by the storm.

Marawi City, the capital and only city in Lanao del Sur, was left in ruins after the armed confrontation between the military and Marawi group from May to October. About 95% of the structures were heavily damaged, more than 200,000 residents were displaced, and more than 1,000 people were killed.

On July 24, Duterte delivered his second State of the Nation Address at the Batasang Pambansa. Some of his most notable lines were: "When I was a member of the Congress, I was always absent," "Take no prisoners. Just kill them," and "Ikaw, Sison, tang...mag- ka ng Tang, ' orange."

Sona Marawi City Hurricane Irma Bird Flu Kian Delos Santos Covfefe Maute Group Las Vegas Shooting Manchester Martial Law In Mindanao Google New Year 2018
Your Guide to Thriving in This Strange New World
Staying
In? What to watch, what to eat, and where to shop from home
OR
Heading
Out? What you need to know to stay safe when heading out