Why the Comfort Women Statue in Manila Is Not Just About the Japanese Occupation
Loading
Already a member? Log in
No account yet? Create Account
Spot.ph is your one-stop urban lifestyle guide to the best of Manila. 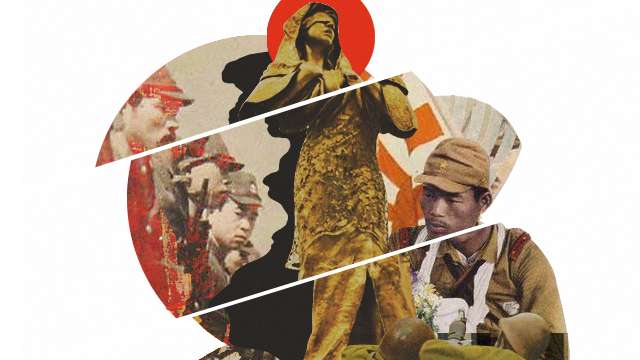 A matter of public opinion 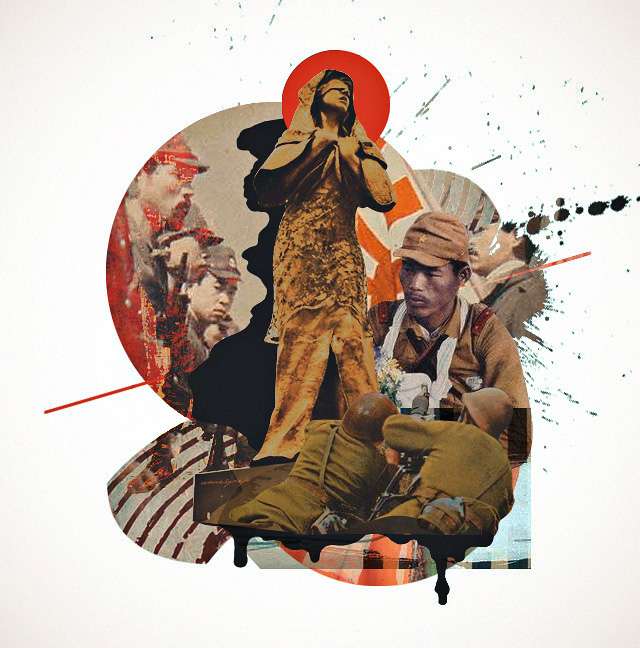 (SPOT.ph) Among the many monuments that line the Roxas Boulevard sea-front, this statue should have elicited little notice. It’s a well-executed piece of public art, a blindfolded, nameless woman sculpted by Jonas Roces, which could have been taken to represent the plight of women, of overseas workers, or justice. However, in the inscription at its base it is explicitly listed as having been erected to commemorate the women who were forced in the sex slavery by Japan during its occupation of the country in World War II. In other words, it’s a statue protesting the use of “comfort women” during the war. It was unveiled to the public in a brief ceremony on December 8, 2017.

The Japanese embassy has already sent officials to the City Hall of Manila, to the National Historical Commission of the Philippines, and to the Department of Foreign Affairs to express their regret over the existence of the statue. There has also been a blitz of articles in Japanese newspapers with English translations, calling into question, among other things, the timing of the statue’s erection as well as the Chinese affiliations of the moving force behind the statue, the Tulay Foundation.

The Tulay Foundation is, indeed, a Chinese-Filipino foundation whose founding aim has been the integration of Chinese into Filipino society and to serve as a bridge between the two cultures—hence the name. Its founder and principal benefactor was Manuel Chua, who owned the Aloha Hotel; the statue is said to be one of his last wishes that remained unfulfilled when he died in May 2015. As someone who was a pro-China activist and who had been jailed by the Japanese during the occupation, it is not hard to see where his sympathies lay.

The larger question is whether the statue is part of a grand Chinese plan working behind the scenes to rake over the coals and bring up the issue of the comfort women in an effort to annoy the Japanese (every little bit helps, after all), and to swing public opinion over to China. Similar statues have recently been the subject of bitter controvery in the cities of San Francisco and Busan; the city of Osaka cut its “sisterhood” ties with San Francisco over the comfort women statue there; and Ambassador Nagamine and the consul-general of Busan were recalled to Japan in protest (they were reinstated in April 2017). The Japanese government had previously given an apology as well as ¥1 billion to start a foundation to care for the remaining comfort women.

Many of the comfort women statues have the same theme: three young women stand with their backs to one another, holding hands (representing the young girls from China, Korea, and the Philippines), while a small distance away, a fourth figure, representing an actual comfort woman, stands. We will never know, I guess, whether a coded communique from Beijing arrived at the Tulay Foundation’s secret room and the sleeper cell was activated. Beijing would probably not be beyond that. But the story of an idealist who does not want this aspect of the Japanese presence in the Philippines to be forgotten makes equal, if not more, sense.

Xinhua, the Chinese international newspaper, was one of the first to pick up the stories. Since then, the topic has been widely discussed in the news, although the holidays (during which, ironically, a large number of local tourists went to Japan) weren’t a good time for a propaganda war. There are a few facts that stand out at this point.

The DFA, Manila City Hall, NHCP, and whoever else the players are all seemed to be suffering a regrettable lack of inter-agency cooperation; for the Tulay Foundation to be able to erect a statue along the promenade of Manila Bay is not something you do quickly with a spray can with one night. In a new world where facts are constantly under dispute and history is being rewritten, this is important to remember: a new statue of Marcos might come next, and the last thing we want is for bureaucrats to be standing around pointing at each other and scratching their heads. The DFA, in a recent letter, appears to be inclined toward appeasement, in the name of tourism and trade. At least they are consistent; they are similarly subservient to China’s belligerence on many fronts. The key term, I believe, is to pursue an “independent foreign policy”—this should apply equally to China as well as to Japan.

Japan’s atrocities during their expansion and during the war should be a part of history and not be rewritten. The intricacies of why Germany has been able to live with and remember its past and why Japan is reluctant to confront it with the same Teutonic clarity has as much to deal with national mores as it has to do with its government. This need for clarity is even more important now that the United States is turning inwards, and countries who reject China’s ambition to be their military and political ally in the Pacific are looking to Japan for leadership. Both Merkel and Abe have to deal with the question of a strong Germany or Japan leading the region—as do their neighbors, who received the brunt of the military offensive half a century ago. Japan has only recently begun re-armament, but the mandate for Abe at the polls late October 2017 seems to indicate that it is more likely to happen than not.

Japan’s stance towards its military past has been the subject of much bewilderment among the rest of the world, and reams have been written on the subject by scholars from various disciplines; but the general consensus was that as long as it remained non-militarized (a prohibition enshrined in Article Nine of their constitution) it would be a social and cultural, rather than a geopolitical problem. The Japanese embassy is obliged to express its disapproval; but they also seem to realize that to raise it to the level of a diplomatic issue would be to their disadvantage, because it would attract more attention and debate than it is currently receiving.

The issue of the comfort women, in these circumstances, risks being posed as a battle of public opinion between Chinese and Japanese factions. In this sense, the accusation that the Chinese are resurrecting it as a propaganda tool against Japanese soft power expansion is moot. The comfort women might be what Japan chooses to gloss over or call by other names, but it is an indelible part of our history—it should be safeguarded not just in statues, but in textbooks and stories. Perhaps the greatest indignity that these young women, some of whom are still alive, is to be disrespected by being turned into a pawn in a propaganda battle.

Japanese Occupation Monuments History World War 2 Comfort Women
Your Guide to Thriving in This Strange New World
Staying
In? What to watch, what to eat, and where to shop from home
OR
Heading
Out? What you need to know to stay safe when heading out