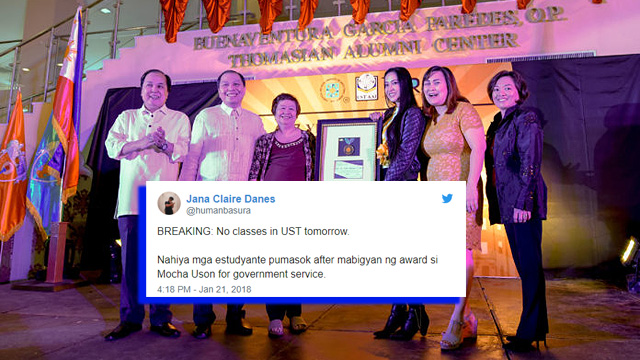 One alumnus wants to send back his award from the association. 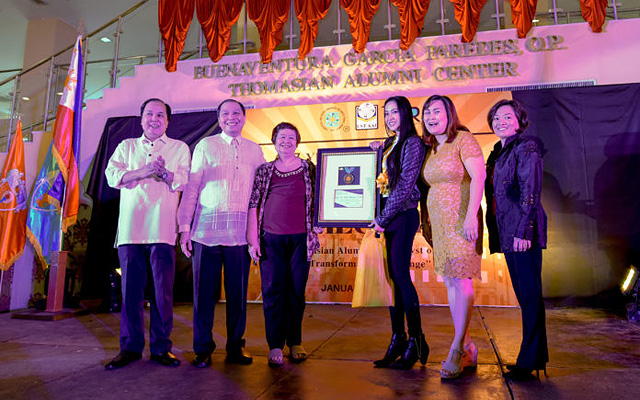 (SPOT.ph) The University of Santo Tomas Alumni Association, on January 21, gave the Thomasian Alumni Award in Government Service to Assistant Sec. Esther Margaux "Mocha" Uson. This was met with controversy, with the University of Santo Tomas (UST) Central Student Council condemning this action. "We express dismay over this event as Mocha Uson does not, in any way, embody the ideals of a real Thomasian, and with all due respect, Ms. Esther Margaux "Mocha" Justiniano Uson does not deserve an award that was supposed to be meant solely for outstanding alumni," the Council said in a statement. 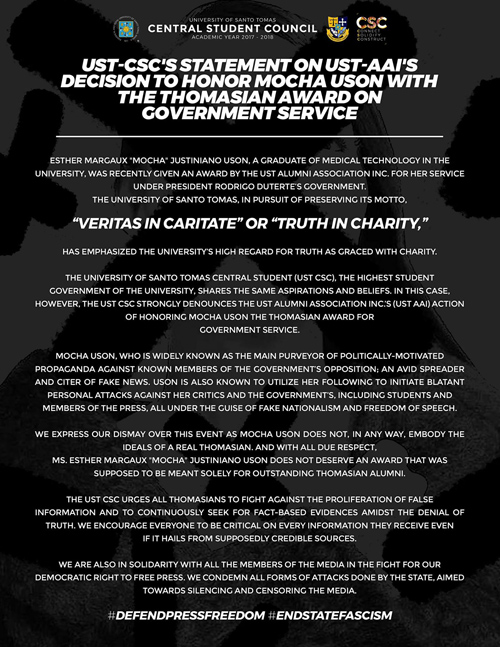 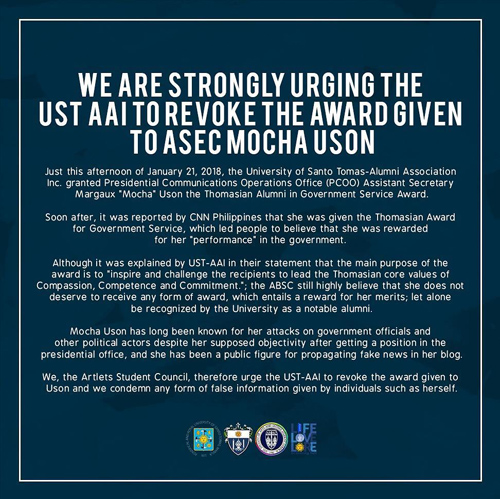 Award-winning novelist and poet Bino A. Realuyo wants to return the 75th Founding Anniversary Award given to him in 2003 as one of the 75 alumni of UST High School. "The recent Thomasian Alumni Award recognition of Mocha Uson, a known propagandist and “purveyor of fake news” at a time when Freedom of the Press is under attack in the Philippines is an insult to all UST Alumni who believe in upholding one of the pillars of strong democracies—VERITAS," he said in a Facebook post. 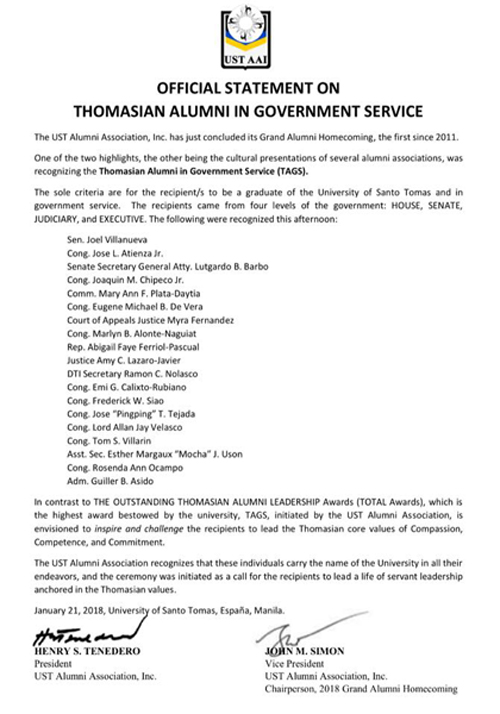 "The sole criteria are for the recipient/s to be a graduate of the University of Santo Tomas and in government service," the UST Alumni Association (AA) claimed in its defense. Other "recipients came from four levels of the government," including Sen. Joel Villanueva, Cong. Jose L. Atienza, Jr., Trade and Industry Sec. Ramon C. Nolasco, and others. The Association also cited the Outstanding Thomasian Alumni Leadership Award as the highest award initiated by AA "to inspire and challenge recipients to lead the Thomasian core values of Compassion, Competence, and Commitment."

The issue's been taking over the local Twitterverse in the last 24 hours, and here are some of the angriest reactions.

St. Thomas Aquinas must be rolling in his grave.

BREAKING: No classes in UST tomorrow.

saw mocha uson taking pictures in ust and all i could think of was angel locsin dragging her in four sisters ???? (and lowkey wanting to drag her as well cheret jk lang fake news)

UST: "Home to Asia's oldest Journalism school; home to the pioneer of student publications, home to the writers who shaped Filipino consciousness."

Three years back, I was arguing to an alumnus of UST that there is no such thing such as 'plant psychology.' Now, i find my self recollecting that particular moment in time na baka siya lang ung tanga, hindi ung school na pinuntahan niya. THEN MOCHA USON HAPPENED.

Well, there you go.

Sometimes you really do live long enough to see your heroes fall from grace. pic.twitter.com/AzE2tBqqQH

Kill your idols, they say.

UST bestowing upon Mocha Uson the Thomasian for Gov’t Service Award is a huge insult to all honest, hardworking, principled gov’t workers. You don’t award trolls, who divide the nation w/ lies, propaganda, & fake news. You chastise them & make an example of them—not glorify them.

May it be an award or a "recognition."

The UST Alumni Association imbued itself with unending disgrace by giving the Thomasian Award to Mocha Uson, the Fountain of Purest Lies.

Popoy and Basha are shookt.

Ust Mocha Uson University Of Santo Tomas
Your Guide to Thriving in This Strange New World
Staying
In? What to watch, what to eat, and where to shop from home
OR
Heading
Out? What you need to know to stay safe when heading out