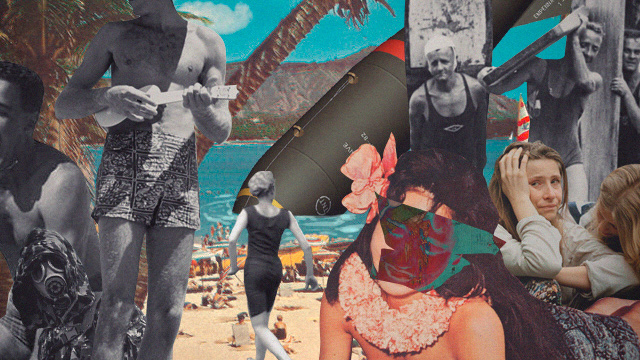 What's It Like to Live Through a Nuclear Missile Alert?

(SPOT.ph) Just days after a false alert about a missile attack in Hawaii, the nation could only but joke about it. Stephen Colbert parodied an emergency alert TV ticker over a video of Don Ho singing "Tiny Bubbles." Jimmy Fallon noted Trump’s unusual silence on what was literally fake news. Even North Korea called the incident a “tragicomedy”.

The mistake indeed appeared a farce in the aftermath. It was another sunny Saturday morning on the islands and people were just waking up or having breakfast when a single employee at the Hawaii Emergency Management Agency inadvertently clicked through the wrong option from a drop-down menu. The blunder sent out a loud and ominous warning to every cell phone—Emergency Alert: BALLISTIC MISSILE THREAT INBOUND TO HAWAII. SEEK IMMEDIATE SHELTER. THIS IS NOT A DRILL. The capitalization in the original message emphasized the seriousness of the situation. This was unprecedented. No alert this dire, even at the peak of the Cold War, had ever been sent out to the public on such a wide scale. The difference between a routine drill and unnecessary panic for more than 1.4 million Hawaii residents came down to a click of the mouse.

The immediate reaction was as we would expect. Sunbathers ran for cover. People phoned 911, called their loved ones or sent last text messages. Cars were abandoned on highways. A father urged his child into a storm drain in lieu of any nearby fallout shelter. People huddled inside buildings terrified, confused, and in disbelief. The entire state went into tsunami mode. In Waikiki, tourists bombarded hotel staff with questions and gathered in lobbies with their luggage ready to book the next flight to anywhere. Nothing can truly express what was felt by many who believed that a nuclear bomb was blasting towards us and that the casualties would be unimaginable.

When Pearl Harbor was attacked at the start of WWII, the island’s residents needed a few moments before realizing what was happening. As the first Japanese bombers began their assault on the air force and naval bases, many civilians in Honolulu and surrounding neighborhoods at first mistook the distant sounds of gunfire for routine military drills, typical for an island with a strong military presence. Only when fighter planes dropped bombs onto neighbors’ houses and flew close enough to make out the rising sun emblems did people begin to be cognizant of the situation—what was initially seen as a military drill had suddenly turned into an act of war. Last week, the reverse occurred—what was perceived at first to be an act of war became nothing more than a routine drill.

The missile alert dropped like a bomb onto our mobile screens and then over TV, and was believed by many to be the start of something terrifying. The news that it had all been a mistake came as a relief, and a brief sentiment of joy spread across the islands. But as people came out of cover, some shaken with tears, relief turned into frustration and anger. Part of the anger was directed at the state agency and the employee who clicked the wrong option. The infuriated called in death threats, targeting their anger on those immediately accountable. However, another part, I could only surmise, came from the revelation that our own vulnerability was laid bare in such a moment. Many had no clue as to what steps to take during a nuclear attack. Adults knew less than high schoolers who seemed to have had better practice for such an emergency. The limited places to go on our small island left us dumbfounded and resigned. How far away and how sheltered do we need to be to survive the impact? Much of the frustration last Saturday arose from the inescapable notion that, despite all the practice drills, sirens and survival strategies, we were still unprepared.

In the 38 minutes that it took for the state agency to send out a second alert message confirming that there was no threat to Hawaii, many others were already on social media getting the word out. Twitter was once again the quickest way to stay informed. Representative Tulsi Gabbard was among the first to release a tweet confirming the error twelve minutes after the initial alert. Then, the state agency responsible for the mishap posted a tweet a minute later. Four minutes after that, our governor retweeted the state agency's tweet. Why it took 38 minutes for a second official alert message seems to be a miscommunication between state and federal levels. In the event of an actual missile launch from North Korea, it would have reached Hawaii in about twenty minutes. By the time an alert is relayed to our phones, we would have twelve to fifteen minutes to seek immediate shelter. How long would it take to find cover if we were lying on the beach, surfing, or hiking up in the mountains? You can do the math.

When we have only minutes to act in an emergency, preparation is key. Last week’s false alert exposed how ill-prepared many residents are, not just in Hawaii but across the country. No matter how long a warning we are given in advance, whether in hours or in minutes, or whether we have a survival plan in place or not, the stark reality is that a part of the preparation is also mental, that those last few moments are often filled with thoughts, not of stock gains or planned vacations, but of loved ones and, maybe for some, regrets. Yes, we could laugh about it now, as we should, since laughter is society’s release valve, but as one angry tweet to the Hawaii Emergency Management Agency expressed, “This is not a damn joke!” As the pressure cooker of geopolitical gamesmanship comes to a boil, the false alert should serve as a reminder of how vulnerable we really are and how easily one mistake can terrify us all.

Missile Alert Hawaii
Your Guide to Thriving in This Strange New World
Staying
In? What to watch, what to eat, and where to shop from home
OR
Heading
Out? What you need to know to stay safe when heading out