Brandon Stanton of HONY Spoke at UP Diliman During Manila Trip
Loading
Already a member? Log in
No account yet? Create Account
Spot.ph is your one-stop urban lifestyle guide to the best of Manila. 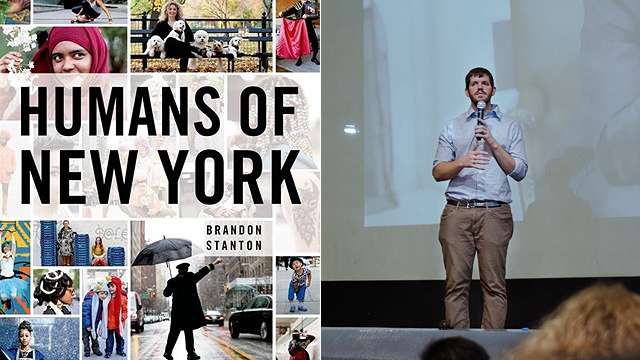 He reveals how he left his desk job to follow his dreams. 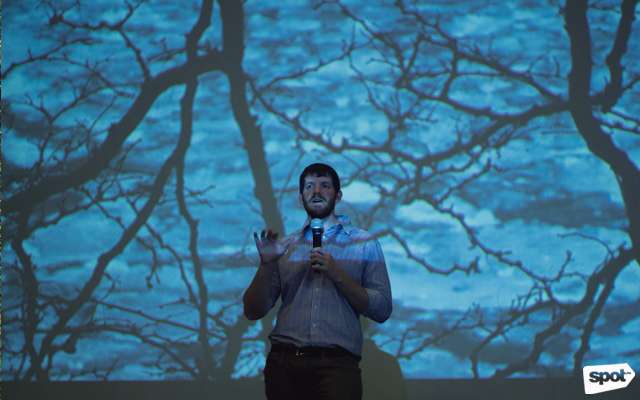 (SPOT.ph) The popular Facebook page and photography blog Humans of New York has definitely captured the hearts of many through the thousands of stories of hope, triumphs, sadness, and heartbreak it features. Since its inception in 2010, its creator Brandon Stanton has travelled across America and the world to tell stories of the human experience through photographs, short stories, and now, a Facebook web series. There has been Humans of Argentina, Humans of Chile, Humans of Bangladesh, and so on. This growing list of countries will soon include the Philippines, as soon as he has settled down from his week-long trip to Metro Manila. 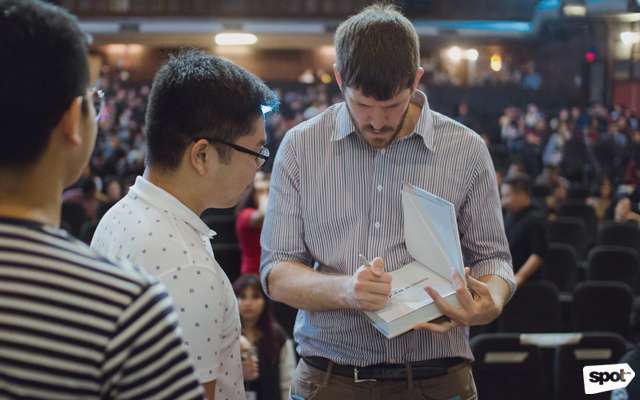 The Humans of New York (HONY) creator roamed Luneta, Roxas Boulevard, Quezon Memorial Circle, and Malate to talk about different experiences of humanity with Filipinos. This trip was capped off with back-to-back talks (with the attendance of over 1,500 enthusiastic fans) at the University of the Philippines – Diliman in Quezon City on February 3. Here are five nuggets of wisdom we learned from his journey:

As the popular saying goes, “time is gold,” and Stanton himself believes this to be true. After spending two years in a job in finance, he realized that he had spent too much of his brainpower, energy, and the valuable resource of time on something that had no impact on his life. This led him to pursue photography, and as they say, the rest is history.

“It is more important to be different than to be good.”

Having acquired his passion for photography at a later stage in his life, Stanton, then 26, had to figure out his edge over dozens of other photographers in New York City. After a brief experience of taking a candid photo of two boys (and their mothers) on the subway, the photographer “overcame [his] fear of interacting with strangers,” which soon led to the creation of the Humans of New York project. It is now a community of over 18 million Facebook users from around the world. 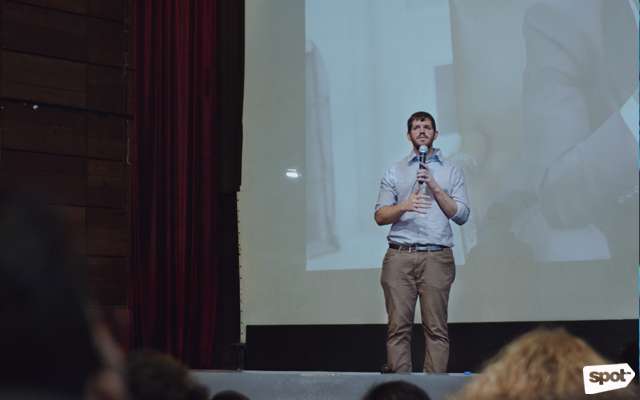 “You can’t wait for the golden idea before you start doing it.”

"Do or do not, there is no try," in the immortal words of Yoda. Stanton encourages his fans to “commit [themselves] to the work and the process” instead of waiting passively for the perfect idea. He recalls just wanting to work on his project with all the time that he had, and with each passing day, he eventually came up with the ideas that helped shape what HONY is today.

Human experience and vulnerability is universal.

Humans of New York, as Stanton soon realized, was not just limited to stories and people from the Big Apple. All the moments the photographer has captured on streets around the world, the time he's spent interacting with strangers, has shown him that vulnerability is something to be celebrated; touching many people as they “find comfort and strength” in the process of reading the stories—and that is what makes us all human. #feels

“Following your dreams takes a ton of work.”

As he concluded his talk, the New York Times bestselling author and photographer said he was very lucky to get to choose the work that he does every day through the hard work he put into building HONY from the ground up. He believes that with a great work ethic, trust in one’s self and ideas, and determination, it’s possible for anyone to achieve their dreams.

Brandon Stanton Humans Of New York Facebook
Your Guide to Thriving in This Strange New World
Staying
In? What to watch, what to eat, and where to shop from home
OR
Heading
Out? What you need to know to stay safe when heading out