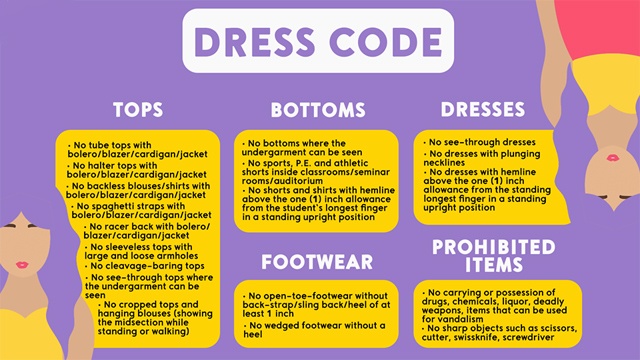 Is it a PR stunt or not? 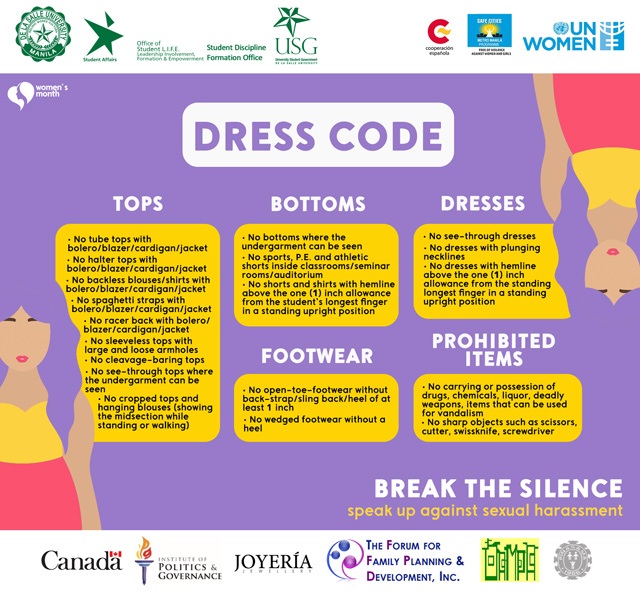 (SPOT.ph) "A picture is worth a thousand words," they say, and for the De La Salle University-Manila's University Student Government, it's worth a thousand shares. The student council is getting flak for uploading a questionable poster for a free-for-all Women's Month event—UN Safe Cities for Women: Battle of the Bands on March 23, 4 p.m. The now viral post includes a rundown of prohibited attire based on the university's dress code policy, from cleavage-baring tops to dresses with short hemlines, and the slogan "Break the Silence. Speak Up Against Sexual Harassment." This was posted on March 20, 8:30 p.m., and has since earned more than 3,000 shares, more than 2,000 "Haha" reactions, and more than 1,000 "Angry" emoji.

People point out that this seems to be an inappropriate visual representation of what the occasion should be fighting for. While others assume that this could be satire or a publicity stunt, there are still those who say that this is an "epic blunder." Other commenters suggest that they should just ignore the dress code altogether, and prove that sexual harrasment and rape shouldn't be blamed on what the victim is wearing—and maybe that's the point. Or is it? 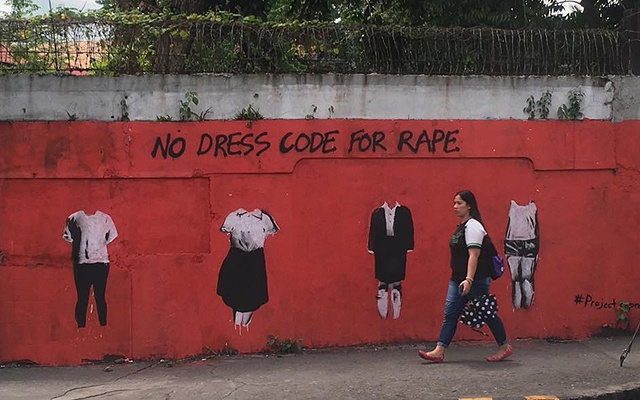 Meanwhile at St. La Salle University - Bacolod, a fourth-year AB Communications student uses art to fight rape culture. She painted a street mural called "My Clothes Are Not My Consent" along La Salle Avenue to put an end to victim blaming. This was spotted by Sen. Risa Hontiveros who uploaded a photo of the artwork on Facebook. 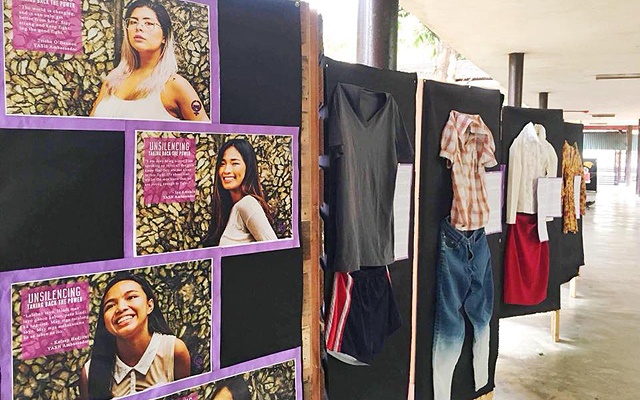 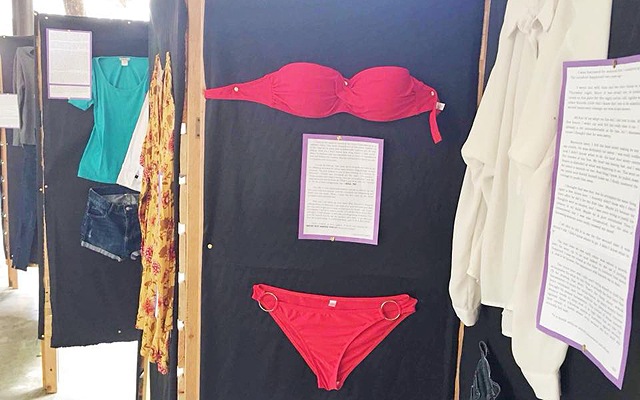 At the University of the Philippines - Diliman, an exhibit called Unsilencing: Taking Back the Power displays clothes worn by victims of abuse to push the same cause. It runs until March 23 along the AS Walk in the university's Palma Hall. 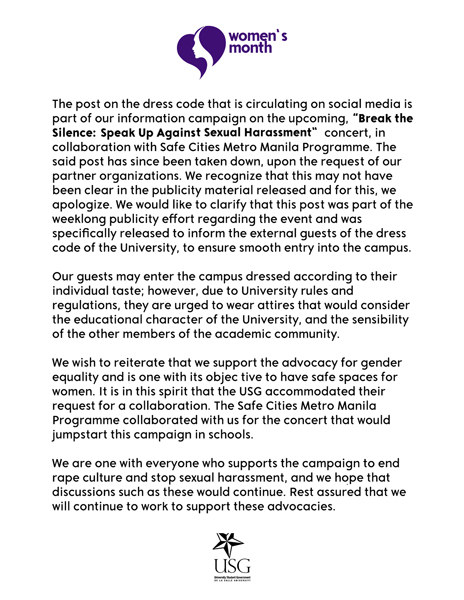 In a statement released on March 22, 4:48 p.m., the University Student Government clarfied that the "post on the dress code [...] is part of [their] information campaign" and "weeklong publicity effort regarding the event." The post, according to them, was "specifically released to inform external guests of the dress code of the University." It has since been taken down, "upon the request of [their] partner organizations."