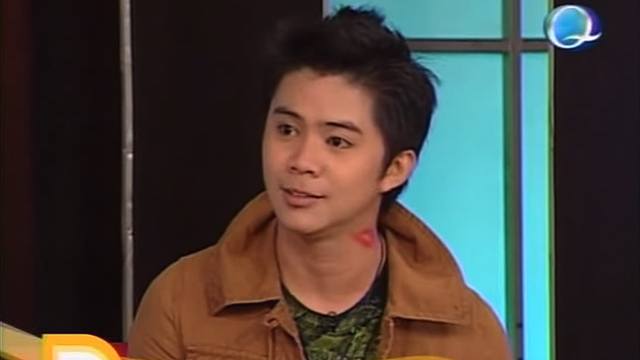 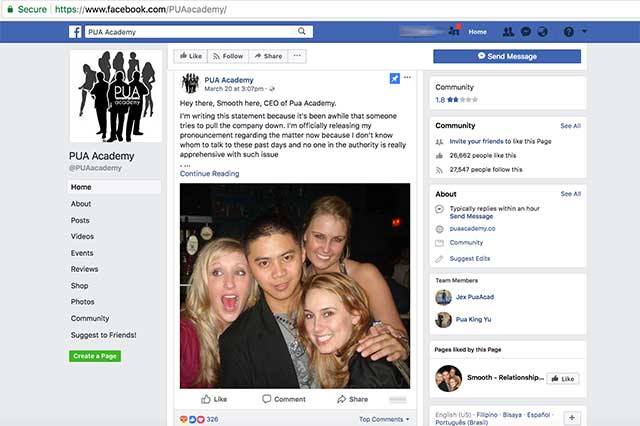 (SPOT.ph) Youth Against Sexual Harassment, a non-stock and non-profit organization that aims to combat various forms of abuse against women, recently exposed the suspicious inner workings of Pick-Up Artist Academy led by one Sein Meneses a.k.a. Smooth. Also known as PUA Academy, their Facebook page, online group, and website—all of which have since been deactivated—come with the claim that they are Asia's leading dating company that teaches men how to pick up women. Their techniques, especially the "Wash Rinse Repeat" in which guys repeatedly force themselves on girls who've said no, "is clearly breeding sexual predators" according to Youth Against Sexual Harassment. But, as it turns out, this isn't the first time that Smooth's "art" is met with puzzled looks—take for example, a 2008 interview in the now-defunct QTV show The Sweet Life with hosts Lucy Torres and Wilma Doesnt.

Smooth was introduced as someone who "learned the art of meeting ladies with the world's greatest pick-up artist known as 'Mystery'." Mystery (Erik Von Markovik) is a Canadian pick-up artist who landed a VH1 reality show called The Pickup Artist in 2007. He was the subject of Neil Strauss' non-fiction book The Game: Penetrating the Secret Society of Pickup Artists, published in 2005. Strauss, like Smooth, taught workshops and made money off it for years.

"Pick-up artists, we finding all social dynamic interaction in terms of indicate interest and indicate of disinterest it's all said and done from beginning from meeting a women [sic]," Smooth explained on national television before he was interrupted by Doesnt who was shaking her head the whole time (probably because of disapproval). The PUA Academy head went on to explain the organization's terminologies such as "HB10" (Hot Babe 10), "Peacock Theory" (attracting someone by wearing clothes and accessories), and "Neg" (a statement that momentarily disqualifies oneself as potential suitor)—all of which can be found in Strauss' tell-all book.

Mo Twister later asked the four women in the set if they would "ever go out with this guy." Doesnt responded with a resounding "No" and explained "Nagbago na ako ngayon e. Nagkaroon na ako ng [standards]. Tumaas pa." One guest chose not to answer while another woman said "Siyempre mapapatingin ka lang" before shaking her head and mouthing off "No." "Halimbawa lalapit, ako gaganito , A, okay'," added Doesnt.