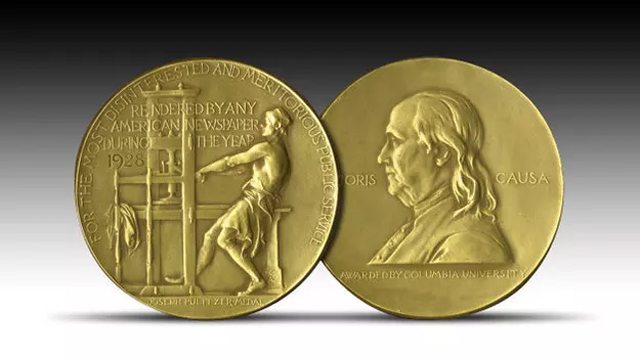 (SPOT.ph) Since its inception in 1917, the Pulitzer Prizes has been honoring excellence in journalism and the arts, especially for reports that show "clearness of style, moral purpose, sound reasoning, and power to influence public opinion in the right direction" and "accuracy, terseness, the accomplishment of some public good commanding public attention and respect." It was named after Joseph Pulitzer, a 19th-Century American journalist who was known for crusading against dishonest government and corrupt people of power. This 2018, the prestigious award recognizes Filipino journalist Manuel Mogato and his Reuters co-colleagues Clare Baldwin, Andrew R.C. Marshall "for relentless reporting that exposed the brutal killing campaign behind Philippines President Rodrigo Duterte’s war on drugs."

The Reuters series in 2017 consists of 10 reports—starting from a death squad in Pateros known as the Bonnet Gang, which was believed to be "secretly run and staffed by police" to a bold claim that the "Philippine police use hospitals to hide drug war killings" as shown by a sharp rise in dead-on-arrivals. Evidence from their data-drive investigation include CCTV footage (such as a clip from the Justice Jose Abad General Hospital in Manila where police in civilian clothes brought in "already dead" drug suspects to the emergency room), eyewitness testimonies during police operations, and carefully laid out timelines to narrate true events.

Baldwin is a Special Correspondent for Reuters who started investigating the Philippine drug war since it began in June 2016. Prior to this, she wrote equally compelling investigative reports on cyber thieves, pro-democracy protests, and government bailouts. Marshall is a Southeast Asia Special Correspondent for Reuters. This is the second time that he won the Pulitzer Prize for International Reporting, the first being a 2014 exposé on the violent persecution of the Rohingya. Mogato is Reuters’ political and general news correspondent in Manila for the last 15 years, but has been a journalist in the Philippines for more than three decades. He has covered the fall of late dictator Ferdinand Marcos in 1986, the ouster of Joseph Estrada in 2001, and the rise to power of Duterte.

In March 2017, National Geographic Channel television series Explorer—known for its investigative stories and controversial news items from around the world—put the spotlight on Duterte's war against drugs. The episode, hosted by journalist Ryan Duffy, compiled footage of police operations, videos of Duterte's statement against drug addicts, and photographs of these moments of death and killing. In September 2016, TIME magazine ran on its Asia cover a crime showing the dead body of an alleged drug dealer whose face is covered with packing tape.