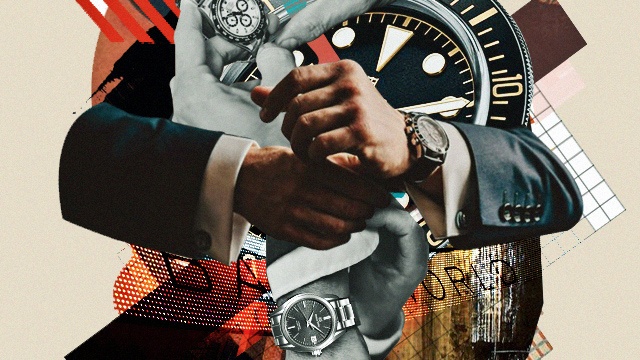 Worth Watching: Timepieces That Stood Out at Baselworld 2018

Looking for a new watch to invest in? 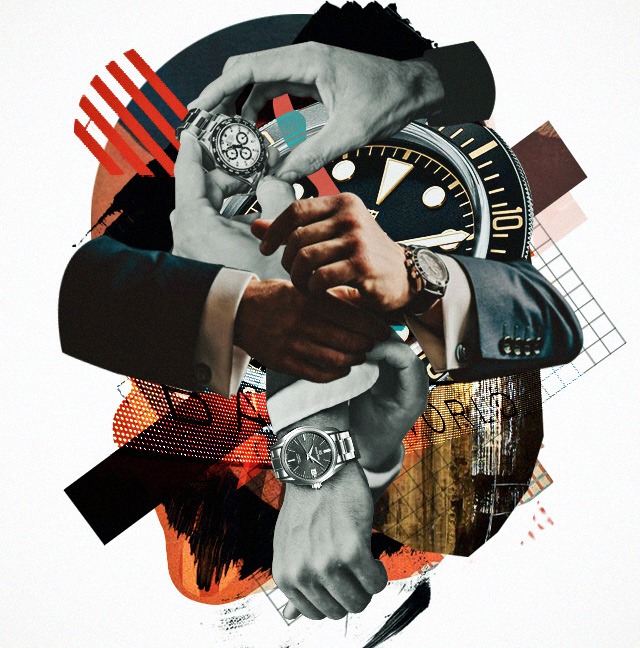 (SPOT.ph) The world’s most important annual watch fair has come and gone, and unlike previous years which had us holding on to our wallets lest they make an unexpected trip to the boutique to make a downpayment on a new release or limited edition, this year we’re taking a more cautious approach—as are, it seems, the watch companies. We’re always a couple of months late with the releases, so these will start trickling in to the local shops shortly after they are released, most of them scheduled for the third quarter of the year. Not that there weren’t a lot of releases at Baselworld—but they seemed to be targeting the upper echelons of watch collectors, or at least more esoteric and niche markets. There are a couple of exceptions, though. 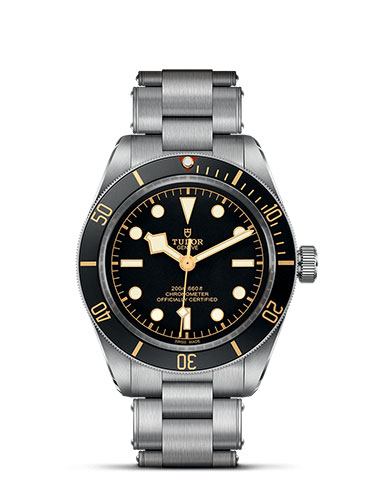 1. Tudor Black Bay 58. I never thought I’d be enamored with a Tudor—the watch brand is, after all, known as “Rolex for poor people.” I don’t have the money, but I’ve never been into Rolex either, with the exception of the Milgauss. No one quite knows how they make these decisions at their headquarters in Geneva, but Tudor is evolving into a brand in its own right, not just generic ETA 2824 movements in Rolex-like cases. The Black Bay line has always been likeable, but now it gets its own in-house movement, and manages to pull off that rare hat-trick of looking vintage but contemporary; and it’s a very manageable 39mm, though Tudor watches tend to wear large. Their very Rolex-like GMT pepsi bezel is getting a lot of attention as well, though this is more in the traditional Tudor vein of Rolex style for those who can’t afford Rolex. 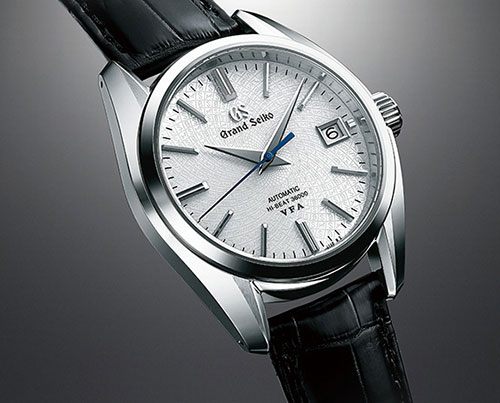 2. After last year’s amazing launch of Grand Seiko as a separate brand from Seiko, along with a number of fantastic new models, this year’s standout piece looks somewhat unprepossessing. It looks like any other Grand Seiko piece, which means subtle—what some would call plain—with the usual polished index markers and sword hands. The only distinction that gives it away is the “VFA” on the dial: this stands for “Very Fine Adjusted” (it’s a Japanese watch, so let’s forgive the lapse in the adverb), which takes the already very precise Grand Seiko mechanical accuracy to a new level: -3/+1, beating at 36,000 bph. It looks like stainless steel in photos, but it’s not even white gold—it’s platinum. And it costs €55,000, which is a lot of money for a Seiko. 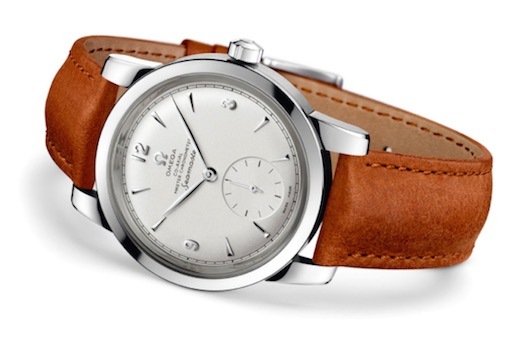 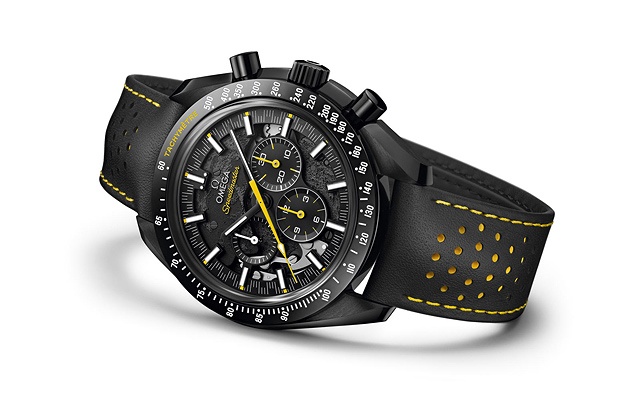 3. Omega celebrated the 70th anniversary of the Seamaster with two reissues of the original design, but with updated internals including the new 1.5 Tesla antimagnetic balance wheel. This is great I guess if you’re working beside power transformers a lot of the time, but the old Seamasters from the 1950s with their calibre 561s were so well-made that they’re still ticking away. You won’t get the chronometer-grade accuracy but you get a real vintage watch instead of a throwback. On the Speedmaster side of things, though, the “Dark Side of the Moon” Apollo 8 limited edition is the classic 1861 Moonwatch movement (now called 1869) in a semi-skeletonized version made out of black ceramic, with a yellow chrono hand. Purists for whom the only real Moonwatch is the 105.012 can look away now. 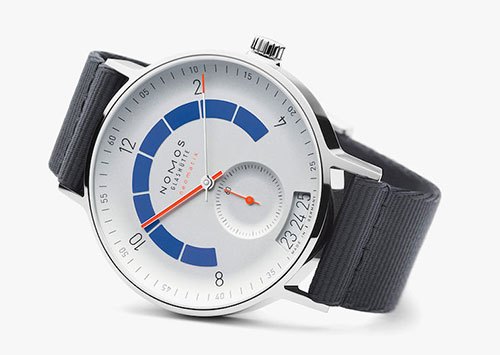 4. Nomos Glashütte had been quietly making minimalist watches with minimalist movements (handwound, three-hand pieces) in-house for years before tapping into the high-end market with their in-house automatic movement, called tripping the DUW 3001. It’s also the movement in which Nomos managed to create their own escapement rather than having to buy one from the Swatch Group. The latest version, just as thin at 3.6mm in height, comes with a date movement and is the 6101—this is what powers the new Autobahn. It’s a sporty, casual, fun watch, coming in at $5,500. Lovers of bling and being obvious about how much your watch is worth need not apply; lovers of the German tradition of fine watchmaking and independent innovation will find plenty to love. 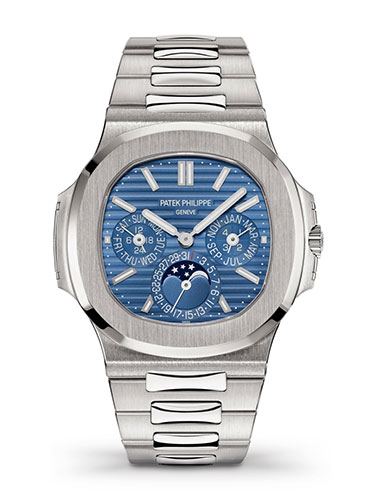 5. Just because I’ll never own a Porsche doesn’t mean I can’t dream. I’m not usually a fan of Gerald Genta-designed watches—this includes the Audemars Piguet Royal Oak and the Patek Philippe Nautilus, two watches that announce to the world that their owner is very rich, while managing to be very ugly (the watch, not the owner). But there are exceptions. The Nautilus has always looked better with a busy dial, and this year’s 5740/1G manages to be almost handsome with that most useless but most fascinating of complications, the perpetual calendar. For those of us who live and breathe in the real world, here’s something to check out: Longines is putting out a military watch inspired by WW2 pilot’s watches, faux patina and all. At $2,150 and an ETA-based automatic movement, it’s the next best thing to having an actual vintage pilot’s watch, which are getting rarer on the ground—or in the air—these days, especially after Tom Hardy wore one in Dunkirk (the Omega CK2129). My own search for a CK2292 continues.