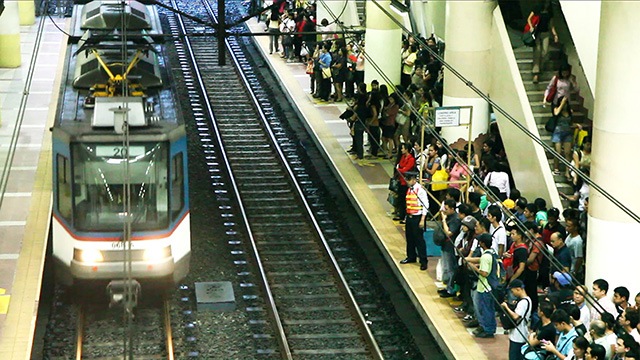 Are We One Step Closer to Expecting a Better MRT?

The MRT's rehabilitation is expected to be completed in almost four years.

(SPOT.ph) Filipinos have been putting up with the MRT's subpar system for the longest time that commuters are already used to its overcrowded trains and faulty ventilation. We're hoping (since forever) that this be changed soon, especially now that the Department of Transportation and the Japan International Cooperation Agency met on Friday, May 11 to appraise and finalize the details of the planned MRT-3 rehabilitation and maintenance program. It is expected to be completed in 43 months—just almost four years, whew!

The system repairs, which will be partially assisted through a loan from the Japan International Cooperation Agency (JICA), is estimated to cost around JPY 34.480 billion (P16.985 billion), and will be covering the MRT-3’s trains, power supply system, rail tracks, and elevators and escalators, to name a few. Additionally, the Department of Transportation (DOTr) and JICA have agreed to employ eco-friendly management practices through the implementation of an environmental management and monitoring plan.

To say that the MRT-3 is controversial is a gross understatement—many Filipinos dread riding the transit system every day due to its limited number of trains and its propensity for mid-journey train failures (which force passengers to risk their lives in unboarding the train and heading to the nearest station on-foot). In fact, the train system has recently just "celebrated" its 17-day streak of no unloading incidents, which many have ridiculed online. Just earlier this year, the DOTr was criticized for alloting only seven MRT-3 trains for almost 250,000 daily commuters.

Despite this, there's hope—the DOTr and JICA are slated to sign off the loan agreement this June, which would start the planned rehabilitation and maintenance program. Does this mean change is actually coming?