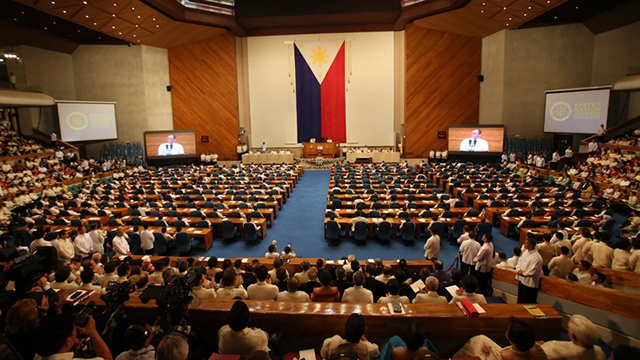 Progressive move or not really?

(SPOT.ph) Applying for government identification cards in the Philippines is definitely never easy. You'd have to deal with long lines, several forms to fill out, multiple application fees to shoulder, and in some cases, a years-long wait before actually having the card in your hands. But a new bill hopes to change all this—House Bill 6221, or the Filipino Identification System Act, which was approved by a bicameral conference on May 22. Filed by former House Speaker Rep. Sonny Belmonte and heavily endorsed by Sen. Ping Lacson, the bill seeks to establish a national identification system in the country.

Given that it has been approved by the Senate, it would now only take the president's signature to enact this bill into law. Should this happen, HB 6221 will issue a free single official ID containing a Common Reference Number that can be used for transactions at 33 government offices. (Say goodbye to your bulky, overstuffed wallet!) Additionally, a database of the information of registered Filipinos will be created. If the bill gets passed, the Philippine Statistics Authority will be handling the creation and management of the system. Rep. Belmonte argues that since the Philippines is one of the nine countries in the world that does not a have national identification system, enacting the bill into law would be a progressive step. An idea that has been proposed by several legislators over the past 18 years, the bill already has an initial funding of P25 billion.

Many Filipinos agree with this sentiment, noting as well that besides streamlining government transactions and making them easier, the act would reduce red tape and possible corruption in various government agencies:

If it were to simplify transactions within the country, I support the #NationalIDsystem https://t.co/3nIVy1mKzH

Definitely agree! As processes become much more streamlined with rapidly changing trends, the unified ID system will be of great help :-) At the same time, let there be constant dissemination/campaigns to inform the public about the plusses that the #NationalIDsystem offers

It's time for a national ID system. Those who oppose fear govt can invade your privacy. Hello?!? You can find out everything thru Facebook!

National ID System is finally approved. The elderly and the poor will benefit immediately thru less red tape in obtaining gov. services.

Sorry but i don't have any qualms about the National ID system, almost anything now is in biometrics, so adding more could no longer hurt. My concern is the inefficiency and aged-old BS proposal that until now remains a BS. They even stop Comelec to halt giving another BS ID's. https://t.co/E5VyVqU8gm

But others are not quite as welcoming. There are doubts as to whether the government can handle executing this plan when it had been inefficient with other processes in the past:

Some are concerned about HB 6221 and its implications on a much larger issue—the right to privacy of information. With the current political climate, there are concerns that the information system may be used to spy and single out Filipinos who are critical of the government. Section 13 of the bill does specify that there only certain conditions that would legally allow law enforcement agencies access to the information in the system, yet some Filipinos still fear that this proposed move is straight out of George Orwell's 1984:

On the day we commemorate the first year of Martial Law in Mindanao, Bicam Committee rubs salt on people’s wound by pushing the National ID system.

Good grief. If someone stole a natl ID with all that info, they could take over your life! Scary!

Expect to see the bill enacted into law sometime soon—presidential spokesperson Atty. Harry Roque Jr. has referred to HB 6221 as a "priority administration bill," and Sen. Lacson says that he expects the bill's passing to take effect by the end of June.

Filipino Identification System Act National Identification System Politics Yay Or Nay Law Tweets Government
Your Guide to Thriving in This Strange New World
Staying
In? What to watch, what to eat, and where to shop from home
OR
Heading
Out? What you need to know to stay safe when heading out