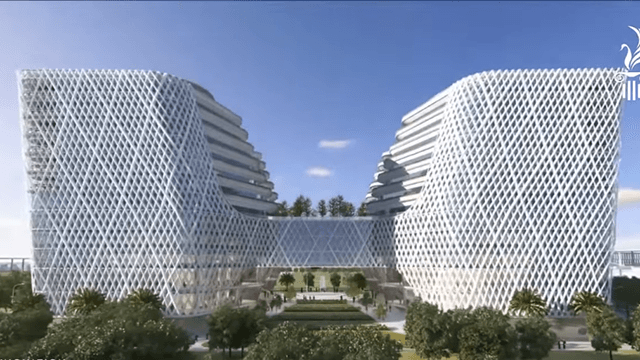 Some are wowed, while others are less than pleased.

(SPOT.ph) In case you missed it, the Senate recently announced its intention to moved its headquarters from the GSIS building in Pasay to a proposed stunning new home in Bonifacio Global City, which will be designed by AECOM Philippines. The new structure will feature a brise-soleil facade inspired by the jusi fabric of the Barong Tagalog and is planned in such a way to reduce as much energy and water consumption as possible.

When news of the proposed new building broke on May 28, naturally people had opinions and wasted no time sharing them online. Some were wowed by the breathtaking design of the structure:

At the same time, a few were happy that the Senate will be having their own building to their name, as opposed to the current setup where they rent out their space in the GSIS building.

Others were impressed by the planned building's look, but were concerned about the opportunies for corruption that may arise in the building's construction:

While a few were wondering why other government efforts that are supposed to directly benefit the Filipino people aren't as highly funded as the new Senate home:

A number of Filipinos were just plain mad at this development, viewing the building as an unnecessarily extravagant gesture that is to be shouldered by taxpayers' money. A few vented out their frustration and anger through sarcasm and humor:

Some were quick to remind others though to keep their emotions in check, and noted that the AECOM's design is no less impressive, regardless of where you might stand on the issue.

New Senate Building Online Reactions Senate Tweets
Your Guide to Thriving in This Strange New World
Staying
In? What to watch, what to eat, and where to shop from home
OR
Heading
Out? What you need to know to stay safe when heading out