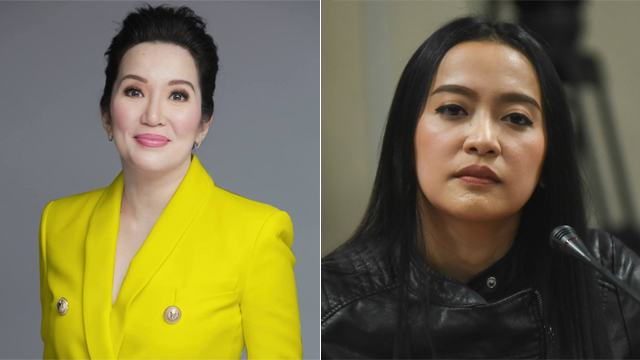 "This is not about being yellow. This is about my love for my mom and my dad."

(SPOT.ph) Filipino actress Kris Aquino—daughter of former senator Benigno “Ninoy” S. Aquino, Jr and former president Cory Aquino—finally broke her silence about the current state of Philippine politics, the administration of President Rodrigo Duterte, and most especially Asec. Mocha Uson. This comes after the Mocha Girls headliner compared Duterte's controversial kiss with an Overseas Filipino Worker in South Korea to a scene where fans were trying to steal a peck on the cheek on Aquino during the statesman's final hours.

Ninoy Aquino, a strong critic and political opponent of former dictator Ferdinand Marcos, was assassinated on August 21, 1983 at the Manila International Airport (now Ninoy Aquino International Airport). He was shot in the head after getting off an aircraft that sent him home after three years of exile in the U.S. Conspiracy theories surround the assassination, but it was one Rolando Galman who was accused of murdering the politician.

Kris’ initial post was followed with a live video feed at 9:15 p.m. where she explained her side and defended her parents’ honor. After thanking her supporters, she goes on to expound what pushed her to finally say something. "...Pinag-isipan ko bago mag-upload kasi higante naman 'yong binangga ko e—at inaamin ko 'yon. Pero naramdaman ko talaga ang nangyari was, mom ko 'yon, dad ko 'yon, at winawalang-hiya na masyado ang alaala nila," she said in the video. She also dared the government official to re-enact the now-viral movie scene where Angel Locsin drags Uson's character by the hair.

“This is not about being yellow. This is about my love for my mom and my dad. Mahalin natin ang bayan natin at ang demokrasya natin,” Kris concluded.

As with all statements on social media, Kris' decision to challenge Uson was met with divisive reactions. There were those who applauded the actress’ boldness and supported the call to not malign the Aquino's contribution to democracy.

I am not a fan of Kris Aquino, but the voice she spoke for her parents who did incredible service to the Filipinos, that unchained us from dictatorship is something I salute to!!! Its about time somebody tells that lowlife mocha uson to STOP!

I may not be a fan of @krisaquino214 but I’m definitely outraged by @MochaUson’s utter display of ignorance of what Ninoy Aquino had stood, fought and died for.

so much love and respect for kris aquino. say whatever you want about her, but she's been handling everything grace and poise. just shows how well she was raised by the two late politicians.

can't help but compare her to bongbong and imee tho. guess that's what pride does.

Others responded with the same foul mouth as the president’s, while there are those who chose to bring back controversies surrounding the Aquinos and Cojuangcos.

If there's anyone who should be doing FB live now, it should be the children of those massacred in Mendiola and Hacienda Luisita for being reminded of their parents' death whenever they hear your middle and last name: Cojuangco...Aquino....

Uson is yet to respond to Kris’ statement.