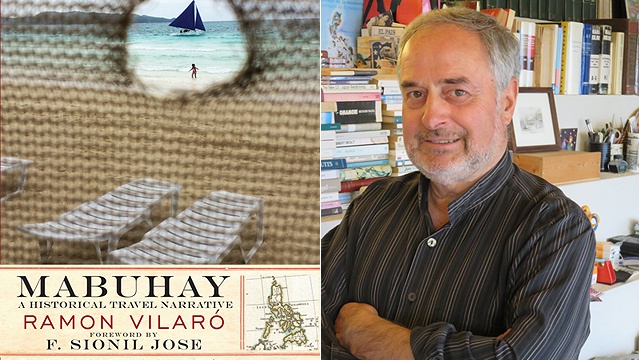 Spanish Writer Reintroduces Philippines to Filipinos With a New Book

Mabuhay: A Historical Travel Narrative is now available in bookstores. 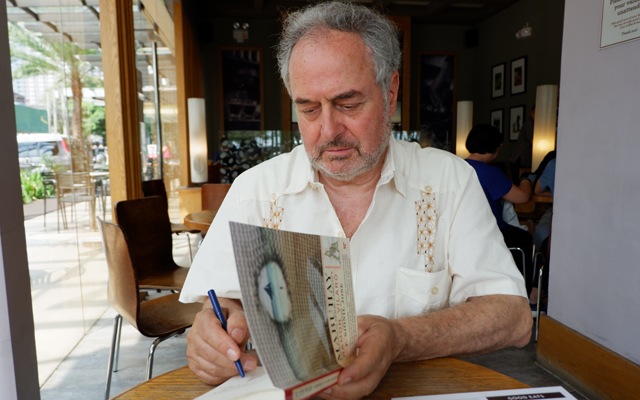 (SPOT.ph) In a 2016 article, respected journalist and editor Jo-Ann Maglipon observes about the Filipino people's mental and emotional understanding of the past: "As it is, we are not a remembering people," she posits. Looking around our society today as our history of colonization, corruption, and violence seemingly just repeating over and over again, this conclusion may not be too far-fetched. But one Ramon Vilaró, a veteran journalist and writer from Spain, hopes to give both foreigners and Filipinos a different take about the Philippines—or Filipinas, as his people calls it—through a collection of essays in the book Mabuhay: A Historical Travel Narrative. It was first published in Spanish as Mabuhay: Bienvenidos a Filipinas in 2017, then as an English translation in 2018 by Anvil Publishing just in time for the Dia del Libro celebrations in April.

He may call Spain his home, but Vilaró is not at all a stranger to the Philippines. In fact, he may know more about the country’s history than an average Filipino. He first visited Manila in July 1979 while on an assignment to cover the news of the exodus of Vietnamese and Cambodian refugees who arrived at Manila Bay on rickety boats—“The breadth of the bay surprised me,” he writes on the book’s first piece titled “The Most Beautiful Bay in the World.” Since then, he stepped on Philippine soil as a foreign journalist covering key moments in history: The assassination of Ninoy Aquino, coup attempts in the late '80s, the fall of the Marcos regime, the People Power Revolution, issues on agrarian reform, and the controversial burial of the former dictator in the Libingan ng mga Bayani. Affiliated with various media outlets in Belgium, Washington, and Tokyo, he reported these things to the rest of the world for more than three decades, painting a picture of the Philippines for himself along the way. 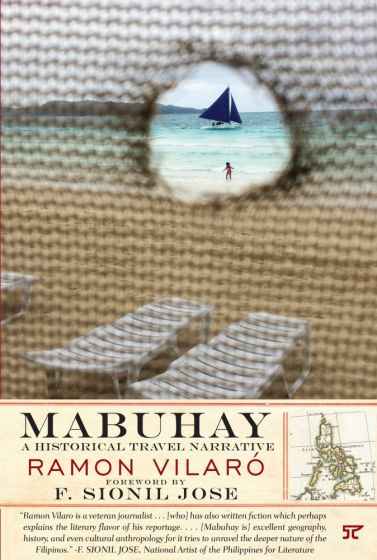 In 2014, he co-produced a documentary titled From Allies to Massacred: The Last Ones from Philippines, which is about the slaughter of Spaniards in the Philippines during the Japanese occupation. “It is at this moment, after the documentary, I decided to write something about Filipinas. In terms of the people, politics, history, and my personal experience and point of view; and this was when Mabuhay was born in my head," he tells SPOT.ph about the story behind his book. The writing took less than eight months; he has, after all, more than 30 years worth of articles about the Philippines in his head.

His style of infusing media coverage with his personal experiences make up most of the collection—from his meanderings in Intramuros and Vigan to make sense of the Philippines’ long history of colonization under Spain, to his adventures in the Cordilleras to document how the Americans influenced this side of the country, and his search for paradise on the islands of Palawan, Bohol, and Siquijor. He makes the past and the present come together through the beauty of words and the power of imagination: “Awakening to the sounds of a passing carriage, with the echo of horse’s hooves reverberating on cobblestones, led me to believe I was still dreaming,” he writes in “Vigan, Hispanic Heritage.” Lesser known facts are also explored in his memoirs: “Undoubtedly, on the tourist circuit of the amazing island of Palawan, the supposedly best island in the world, they should include […] also the best prison in the world,” he reveals in “Palawan, the Best Island and Prison in the World” where he talks about the Iwahig Prison.

“It's important for the visitors to know the Filipinos, the reality of Filipinos in terms of economics, politics, social, and traveling, too," he tells us about his impetus in writing the book. Vilaró may have his countrymen in mind as his target readers, but it sure doesn’t hurt for Filipinos to know about his own country through a fresh set of eyes.