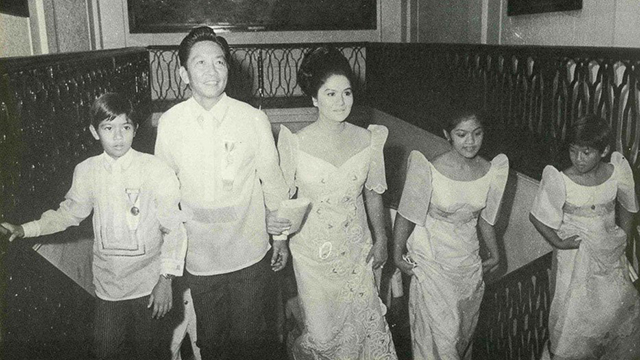 (SPOT.ph) We understand how it's like to be busy and swamped with work. When it comes to keeping up with current events, we've got you covered. Here are five things you may have missed today, June 19:

The Supreme Court has dismissed a civil suit that would have reclaimed P51-billion allegedly plundered by former president Ferdinand Marcos. This is due to a lack of documentary evidence that these funds were amassed by the late dictator, alongside his wife Imelda, and their cronies.

Here's another short ad that's sure to bring you the feels! Based on the true story of Norman King (who attended his graduation at the University of the Philippines wearing a traditional lubay), the video highlighted the importance of celebrating your differences and the wisdom of heeding your mother's advice.

Just in time for Pride Month, the Supreme Court discusses the issue of same-sex marriage and the possibility of its legalization for the first time. This was made possible by Atty. Jesus Falcis, an openly gay lawyer who filed a petition in 2015 to amend the Family Code and permit the legal marriage of same-sex individuals.

Despite the Bureau of Investigation's efforts to deport her from the country, Sister Patricia Cox is legally allowed to complete her missionary work in the Philippines by the Department of Justice. The nun, who is a vocal critic of the human rights violations under the present administration, was permitted to stay as the Department of Justice ruled that visas already granted to foreigners can't just be cancelled without due process.

Patricia Cox Things You Missed Norman King News Same Sex Marriage Elberts Marcos
Your Guide to Thriving in This Strange New World
Staying
In? What to watch, what to eat, and where to shop from home
OR
Heading
Out? What you need to know to stay safe when heading out