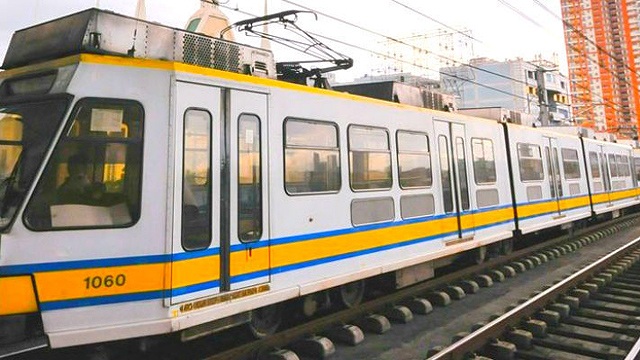 Brace Yourselves, Commuters: LRT-1 Fares Might Go Up Soon

The proposed price hike might take effect this month.

The company operating the Light Rail Transit Line 1 (LRT-1) is proposing a fare hike averaging about 14 percent to 15 percent, a published announcement revealed on Wednesday, June 27.

In a notice published on newspaper BusinessWorld, the Light Rail Manila Corp. (LRMC), operating company of the LRT-1, set a public consultation for its proposed fare hike on July 11. The announcement came with a fare matrix that showed ticket prices for some trips rising from three percent to as much as 30 percent.

Unlike the current fare matrix that only has three price points—P15, P20 and P30—the proposed fares would be different for each station. The minimum fare would remain at P15 while the maximum fare would go up from P30 to P39.

Because of the increase in the number of price points, some trips may result in lower fares. For example, a single journey ticket from Baclaran to Tayuman station currently costs P30, but would be P2 cheaper under the new fare matrix.

The fare hike is long overdue for the LRMC, which is the private contractor of the state-owned owner of the train system, the Light Rail Transit Authority (LRTA).

LRMC, a consortium of Ayala Corp., Metro Pacific Investments Corp. and Macquarie Infrastructure Holdings, took over LRT Lines 1 and 2 in September 2015 after winning the bidding to undertake the public-private partnership (PPP) project for P65 billion. The company will be the train line’s operator for the next 32 years.

Under LRMC’s agreement with the government, the company may impose fare hikes every two years. The LRT-1’s last fare hike was in January 2015, before LRMC took over. The company first sought to increase fares by as much as 10 percent in 2016 but its petition was denied by the Department of Transportation.

The PPP also entails the extension of the LRT-1 to Cavite province, which would add 11.7 kilometers to the current 20.7-kilometer railway. Eight new stations would be added in the train system starting from the Aseana business district in Pasay City to Bacoor, Cavite. Earlier this month, the company said construction of the LRT-1 extension would commence by the first quarter of 2019.

The LRT-1, considered the oldest railway system in Southeast Asia, serves around half a million passengers daily.

*This story originally appeared on Entrepreneur.com.ph. Minor edits have been made by the Spot.ph editors.