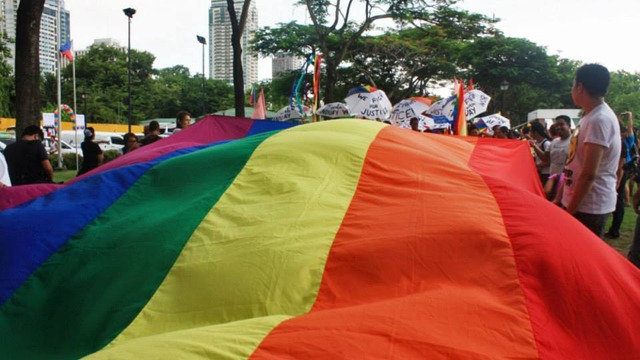 The hashtag #StraightAwareness is going around.

(SPOT.ph) The annual Pride March, often held in June, is not just a celebration attended by members of the LGBTQ+ community nor an excuse to party at local gay bars all night. It is a commemoration of the violent demonstrations that took place at the Stonewall Inn in New York City on June 28, 1969, when people resisted being arrested by the police just because they're in full drag. It was a time when you can be arrested, discharged from the military, fired from your job, sent to the mental hospital, and physical harassed just for being a homosexual. So when one @dutinss wanted to spread #StraightAwareness on Twitter, LGBTQ+ people and straight allies were not having it.

they have their own genre now...
first thought that comes to mind: "straight people have become the minority" pic.twitter.com/L7jB4EjTUM

"I'm straight and I'm proud of my gender. Hindi na ba [nakaka-proud] maging straight ngayon? [Bakit] puro sila lang ang proud," @dutinss pointed out in a tweet posted on July 2, 8:30 p.m. This was after he found out about a "Pride" category on Spotify and thought that "straight people have become a minority." Sadly, more than 3,000 users pressed the Like button in approval of his proposal to have an "SMF (straight males and females)" label alongside the LGBTQ+ acronym. Still, there are others that would make the LGBTQ+ forefathers proud with their snazzy rebuttals against the ridiculous idea of having a straight pride.

We celebrate to be able to express ourselves without discrimination. We are proud bc this is who we are. We stand resilient despite the hate.#StraightAwareness? We're all fucking aware, mate. Know how? Cause most straights have discriminated us.

I'm straight and I'm proud but I don't need #StraightAwareness because we're given everyday for it. We're not a minority and we don't have to feel so jealous towards Pride Month...bc we've never felt the need to hide ourselves before. We had it easy

We gotta stop being selfish https://t.co/bcGhhr5Pk8

The next time someone asks for "#StraightAwareness", show them this. pic.twitter.com/5VWHgGmaVO

Let's just read through this checklist.

In a follow-up post, @dutinss tried to defend his side by saying that he is "not homophic" and that he was just surprised at the new category which—by the way—included YMCA. "Nakakatawa kaya. Hindi ba nakakatawa ['yong] straight awareness? Hahaha," he further explained.

Well, until you're arrested/jailed/institutionalized for being straight, it's safe to say that it's not a laughing matter.