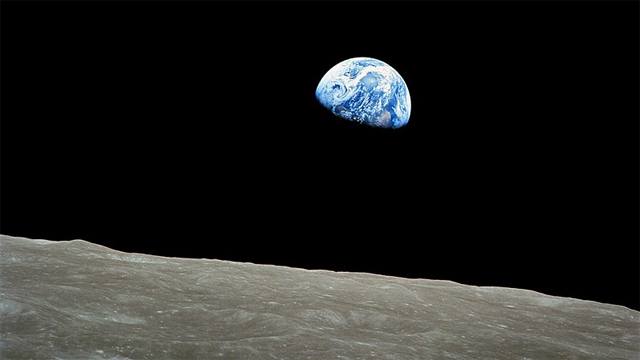 You could say the price is...astronomical.

(SPOT.ph) Wedding proposals nowadays have leveled up from kneeling on one knee to well-thought-out, awww-worthy scenes at Home Depot or even underwater. But ApoteoSurprise, a Paris-based marriage proposal planner, wants to take things further by organizing the most extravagant proposal—one where you can pop the question while aboard a rocket headed to the Moon. Sure, why not?!

Set to start in March 2022, the all-in service costs a whopping €125,000,000 (roughly P7.8 billion) and includes three months of prerequisite technical and physical training, takeoff from Kennedy Space Center in Florida, a fly-by over the moon's surface at an altitude of 300 kilometers, a 30-minute radio silence while passing through the dark side of the earth's natural satellite, and a spectacular Earth-rise from behind the lunar craters.

Science buffs out there would be excited to know that the "craziest and most outstanding marriage proposal of the last 13.8 billion years" follows the flight plan of Apollo 8, the first manned spacecraft to leave Earth's orbit. To complete the experience, Richard Strauss's "Also sprach Zarathustra, Op.30" (theme from 2001: A Space Odyssey) will play from the space tourists' helmet speakers during the first few seconds of weightlessness, while Frank Sinatra's "Fly Me to the Moon" will blast while the space capsule is halfway through the flight. This would be the perfect moment to pop the question and take out the engagement ring from the spacesuit's hiding place.

If this doesn’t land the number-one spot on the list of most amazing wedding proposal videos, we don’t know what will.

ApoteoSurprise Moon Proposal Wedding
Your Guide to Thriving in This Strange New World
Staying
In? What to watch, what to eat, and where to shop from home
OR
Heading
Out? What you need to know to stay safe when heading out