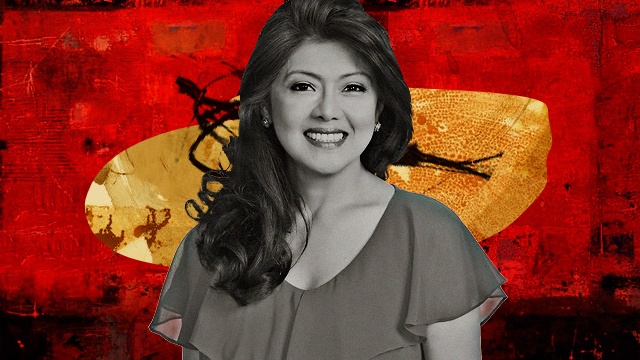 Newsflash: It's not the feud that people are still angry about.

(SPOT.ph) Ilocos Norte Governor Imee Marcos was in Cebu on Tuesday, August 21, and said during a news conference that the feud between her family and the Aquinos was an old issue and that, “The millennials have moved on, and I think people at my age should also move on as well.” Marcos was there to attend the opening ceremony of the Visayan Island Cluster Conference of the League of Municipalities of the Philippines at Radisson Blu Hotel.

She made the remarks during Ninoy Aquino Day, which commemorates the assassination of former senator Ninoy Aquino, the incident that eventually led to years of ever-increasing protests, and finally culminated in the ejection of the Marcoses from power through the 1986 People Power Revolution.

The family has long been exhorting people to essentially forgive and forget, while failing to express remorse for how Martial Law left the country in economic ruin and continues to divide Filipinos, simultaneously denying any knowledge of the goings-on at the time while also offering to return money to the Filipino people, which they claim that they did not steal, thereby prompting people to wonder, “If you really didn’t take anything, then why are you returning it?”

I'm a Millennial and my friends are Millennials and we have never forgotten the lessons learned, the stories our parents has shared and the "disappearance" in our family mourned during those Dark Times! Forgetting while his spawns continue to defile and blind us is disrespectful!

I'd loved to be excluded from her stupid and nonsense narrative. MAKAKAPAL ANG MUKHA! #NEVERAGAIN https://t.co/mmt0ZqiOMR

In my honest opinion, the millenials didn’t move on. They weren’t in the picture. The ones who cannot “move on” are are ones truly affected.#NeverAgain#NoToDictatorship https://t.co/tqv73Vor06

While we're talking about moving on, someone tell Bongbong to just accept that he lost.